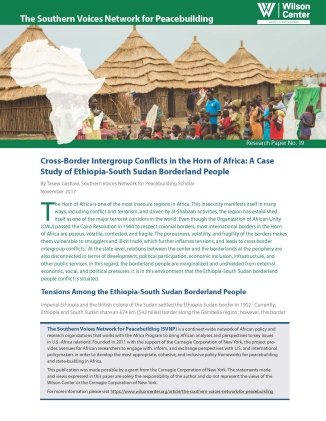 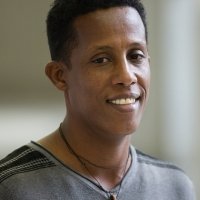 The Horn of Africa is one of the most insecure regions in Africa. This insecurity manifests itself in many ways, including conflict, terrorism, food insecurity, and poor human security. International borders in the region are porous and volatile. The Ethiopia-South Sudan border is a prime example of a porous border, sharing a 543 mile long border along the Gambella Regional State of Ethiopia. People along this border are disadvantaged in terms of development, political participation, economic inclusion, infrastructure, and other public services. In addition, they face cross-border intergroup conflict which are exacerbated not only by South Sudan’s instability and low economic inclusion in Ethiopia, but also perpetuated by border insurgents who engage in illicit trade, child abduction, cattle rustling, and arms smuggling. This cross-border conflict continues due to weak relationships between the central governments and borderland regions. The governments of South Sudan and Ethiopia can do more to mitigate conflict, encourage peacebuilding, and provide sustainable development in the border regions.

In this paired paper and policy brief, Southern Voices Network for Peacebuilding Tasew Tafese Gashaw examines the cross-border intergroup conflict along the porous Ethiopia-South Sudan border. He provides policy recommendations on how regional and international organizations and the governments of South Sudan and Ethiopia can reduce cross-border intergroup conflict and improve the livelihoods of borderland communities.