Skip to main content
Support
Show
Live Now
Behind the Story: Black Journalists in Russia and Eurasia
Explore More
Close
Publication
Economics and Globalization
Polar Perspectives No. 1 | Is it time for a paradigm shift in how Antarctic tourism is controlled?
Share on FacebookShare on TwitterShare via Email
Share
Part of the Polar Perspectives
Publication 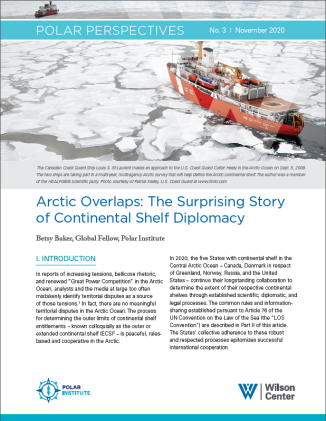 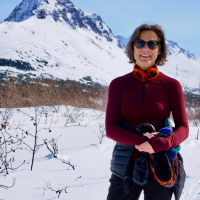 In reports of increasing tensions, bellicose rhetoric, and renewed “Great Power Competition” in the Arctic Ocean, analysts and the media at large too often mistakenly identify territorial disputes as a source of those tensions. In fact, there are no meaningful territorial disputes in the Arctic Ocean. In 2020, the five States with continental shelf in the Central Arctic Ocean – Canada, Denmark in respect of Greenland, Norway, Russia, and the United States – continue their longstanding collaboration to determine the extent of their respective continental shelves through established scientific, diplomatic, and legal processes.

In the third edition of Polar Perspectives, Dr. Betsy Baker argues that the process for determining the outer limits of continental shelf entitlements is peaceful, rules-based and cooperative in the Arctic. Whatever other tensions may exist between the Central Arctic Ocean shelf States are not based on the ongoing process of resolving continental shelf entitlements in the Arctic. 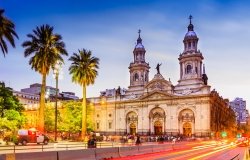 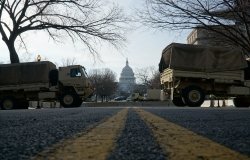