Skip to main content
Support
Explore More
Close
Video
Science and Technology
Who is Driving the 5G Transition in North America?
Share on FacebookShare on TwitterShare via Email
Share
Part of the Synthetic Biology Project
Publication 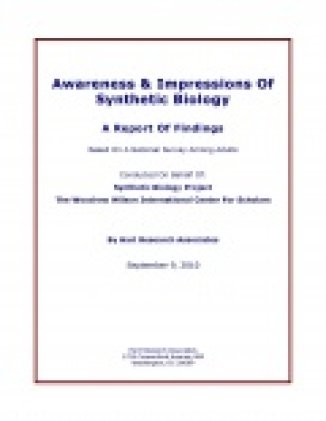 From August 16 to August 22, 2010, Hart Research Associates conducted a nationwide survey among 1,000 adults about attitudes toward the entities involved in the oversight of new scientific and technological advances, awareness of nanotechnology, and awareness of and attitudes toward synthetic biology and two potential applications of the science. According to this report, awareness of nanotechnology was at its highest measured level in five years. This same year, one in three Americans reported hearing a lot or some about nanotechnology, which was a slight increase over results in 2009.