March 2002 - Cyprus is a deceptively serene island snuggled in the eastern Mediterranean near Turkey, Syria, and Lebanon, with a lugubrious modern history that has caused significant problems over the past half century for the United Kingdom, Greece, Turkey, NATO, the U.N., the U.S., and, now, the European Union.

Since 1963, three years after the U.K. granted independence to its long-held colony, Greek and Turkish interests have collided in Cyprus. The Cyprus problem has driven a wedge between NATO allies Greece and Turkey, destabilized the eastern Mediterranean, and strained Turkey's relations with Europe.

Today, the impact of Cyprus is not only on lingering Greek-Turkish issues, but on the future politico-military orientation of Turkey, as well. Given the many U.S. and Western interests that Turkey affects, its future orientation is a significant issue.

Containing Iraqi President Saddam Hussein, working toward stability in Afghanistan, fighting international terrorism, protecting and transporting energy resources from the Caspian Sea, ending ethnic conflict and furthering peace in the Balkans, expanding access to and influence in the Central Asian states, and promoting Muslim partnership with Israel are some of the major U.S. foreign policy issues involving Turkey.

More importantly over the long term, Turkey is a prototype for modernity for other Islamic countries, providing hope that the negative, repressive, xenophobic environment that has developed in some Islamic countries can be replaced. In these countries, hatred, fear, and ignorance are grist for recruiting young people as terrorists. Moderate states, such as Egypt, Jordan, Morocco, and Pakistan, could greatly benefit by following the Turkish model--as long as the Turkish model works.

Turkey can best promote U.S. and Western interests by becoming a more politically stable and socially cohesive country. The danger is that Turkey's future Western orientation is neither predictable nor certain.

The single most important long-term threat to Turkey is the rise of radical Islam, which threatens the very essence of its secular democratic nature. The answer to radical Islam is implementing essential political, legal, and economic reforms and raising the standard of living in the country.

The Turkish government has concluded that EU membership is the best way to achieve an improved economy and thus stem the threat of radical Islam. The stakes are high, and failure to turn the economy around exponentially will threaten the secular democratic system in Turkey.

The conundrum that now exists in the eastern Mediterranean is that, if EU membership is approved for Cyprus before the Cyprus problem is settled, Turkey has threatened to annex the "Turkish Republic of Northern Cyprus (TRNC)." This could result in an outright political union or a mini-Turkish Economic Union. In either case, the Green Line separating the two communities would effectively become a permanent, armed, demarcation line, and Turkey's EU future would be ended. In this scenario, everyone would be a loser:

Without a Cyprus settlement, the Republic of Cyprus would hold veto power over Turkey's EU membership.

The Turkish Army presence in Cyprus, justified in Turkish thinking by the 1960 Treaty of Guarantee, would be viewed as an occupying force in EU territory. Turkey's improving reputation in the EU would plummet drastically.

Greek Cypriot hopes of seeing the bulk of the Turkish Army return to the mainland would be dashed, perhaps permanently.

Greek-Turkish relations would surely suffer, and tensions over disputes in the Aegean could be expected to escalate.

NATO cohesion would be diminished at a time when the Alliance is engaged in the Balkans and in the war on terrorism.

Turkey would conclude that the likelihood of its gaining full EU membership had, for the foreseeable future, ended and would lessen any EU influence on Turkish actions and thinking.

The eastern Mediterranean would become a permanently fractious region where defense budgets and the potential for conflict would remain high. Military forces along the Greek-Turkish land border and the Green Line in Cyprus would probably be reinforced, while air and naval activities throughout the Aegean and around Cyprus would increase.

Finally, the idea of showcasing Turkey as a model to be emulated by non-radical Muslim states would be severely damaged. The loss of EU funds, continued high defense expenditures, and the turmoil caused by seeking an economic niche outside the EU would keep the Turkish economy in the doldrums. Instead of serving as a bridge between East and West, Turkey would become more like a frontier between the two.

From the U.S. government's viewpoint, any solution to the Cyprus problem that might also damage U.S.-Turkish relations is simply not worth it, which is why the problem has been viewed as an issue to manage and not necessarily solve. Also, until just recently, there was no particular urgency attached to the Cyprus problem.

The paradigm heretofore used to protect U.S.-Turkish relations, that of having a policy of benign neglect toward Cyprus, has changed. Now, paradoxically, an activist policy aimed at solving the Cyprus problem is the best way to protect the range of U.S. interests with respect to Turkey.

Turkey should re-examine its Cyprus policy to find alternative positions to protect its own candidacy for EU membership. A comprehensive settlement in Cyprus based on the Clerides-Denktash discussions would be the ideal solution, but it is not necessarily the most likely outcome. Therefore, interim, but important, adjustments should be considered, as well. These include:

Turkish acknowledgement that Cyprus will meet EU criteria and gain membership in the bloc many years before Turkey does. Rather than annex the "TRNC" when this happens, Turkey should help find a way to include Turkish Cypriots in the EU accession process in a manner that protects its interests.

Redefining a successful Cyprus policy. Instead of adopting an "either/or" approach to a comprehensive political settlement, identify steps based on the "art of the possible," such as arrangements to allow participation of the Turkish Cypriots in the EU accession process or modifications in the international trade embargo against northern Cyprus.

New flexibility regarding the basic EU tenet that all citizens can move freely, with the right to acquire private property, within a member country. This greatly concerns Turkey, which envisages Greek Cypriots simply moving north, buying the "TRNC" parcel by parcel, and relegating Turkish Cypriot workers to unskilled labor and farming while Greek Cypriots become the primary entrepreneurs across the entire Cypriot republic. But this EU tenet is not absolute, and arrangements--even at a transitional level--can be considered for Cyprus to assuage these fears.

Most promising is the prospect of a new security architecture that could be built now and implemented either before or after an overall political settlement is achieved. This architecture, which would expand Greek-Turkish rapprochement into the military arena, could create the needed impetus to move forward on the political, economic, legal, and social dimensions of the Cyprus problem. The architecture should eliminate the offensive military capabilities on both sides; equalize Greek and Turkish mainland units in Cyprus at brigade level, about 5,000 troops or less; replace UNFICYP, the U.N. peacekeeping force in Cyprus, with a European or NATO-like unit; and put all forces in Cyprus under a single commander from a NATO country.

Removing the bulk of regular Turkish Army units and disbanding the entire Greek Cypriot National Guard would allow the security focus to shift to expanded police protection of all Cypriots, which would assume greater importance in the post-settlement phase.

Keeping Turkey on the road to EU membership serves and promotes important U.S. and allied interests. Among these are improved Greek-Turkish relations, NATO cohesion, stability in the eastern Mediterranean, increased security in Cyprus, and the strengthening of Turkey's unique long-term melding of all the elements of a modern Western society with Islam.

Turkey's entry into the EU will either be helped or hindered by the manner in which Cyprus's accession is handled. It is critical to incorporate the Turkish Cypriots in this process in a way that does not hurt Turkey's two vital interests in Cyprus: first, protecting the ethnic Turkish minority and, second, ensuring that Cyprus will not be used for military bases that could threaten the Turkish mainland.

It will take compromise and adjustments on both sides of Nicosia's Green Line to successfully negotiate Cyprus's accession to the EU in a manner that promotes regional peace, stability, and economic development--but compromise is what democracies are all about. 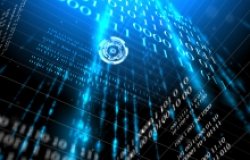 Article
Emerging Technologies
The changing nature of digital trade, current and future barriers and ideas to overcome them
By Javier López-González on April 21, 2021 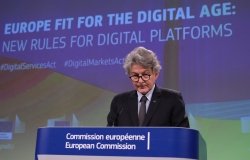