Saudi Arabia Forms a Pan-Arab Sunni Alliance Against the Houthis 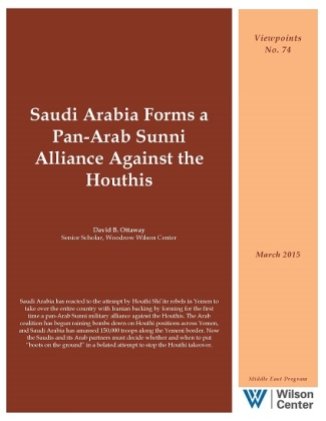 Saudi Arabia has reacted to the attempt by Houthi Shi’ite rebels in Yemen to take over the entire country with Iranian backing by forming for the first time a pan-Arab Sunni military alliance against the Houthis. The Arab coalition has begun raining bombs down on Houthi positions across Yemen, and Saudi Arabia has amassed 150,000 troops along the Yemeni border. Now the Saudis and its Arab partners must decide whether and when to put “boots on the ground” in a belated attempt to stop the Houthi takeover.