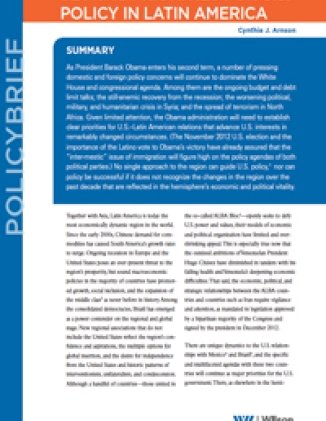 As President Barack Obama enters his second term, a number of pressing domestic and foreign policy concerns will continue to dominate the White House and congressional agenda. Among them are the ongoing budget and debt limit talks; the still-anemic recovery from the recession; the worsening political, military, and humanitarian crisis in Syria; and the spread of terrorism in North Africa.

Given limited attention, the Obama administration will need to establish clear priorities for U.S.–Latin American relations that advance U.S. interests in remarkably changed circumstances. (The November 2012 U.S. election and the importance of the Latino vote to Obama’s victory have already assured that the “inter-mestic” issue of immigration will figure high on the policy agendas of both political parties.) No single approach to the region can guide U.S. policy, nor can policy be successful if it does not recognize the changes in the region over the past decade that are reflected in the hemisphere’s economic and political vitality. 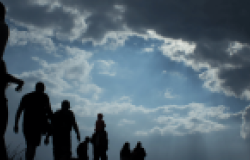