Skip to main content
Support
Explore More
Close
Audio
Historical Memory
They Were Supposed to Party Like It Was 1999... AND 1945
Share on FacebookShare on TwitterShare via Email
Share
Part of the Meeting Reports
Publication 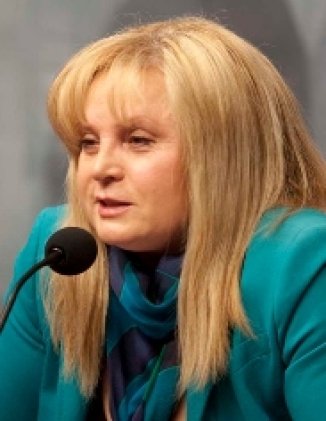 "Russian society more and more understands the importance of civil society and the need to protect rights and freedoms," argued Ella Pamfilova, Senior Research Fellow, Center for the Study of Civil Society, State University-Higher School of Economics, and former Chair, Russian Presidential Council for the Promotion of Civil Society Institutions and Human Rights at a 11 March 2011 Kennan institute event. "The development of civil society in Russia is so complex," Pamfilova added, "that I cannot even give a categorical answer to the question of what is going on in that sphere, even though I have studied the issue for the last ten years."

The complexity of this issue, in her words, is due to a crisis of ideas and values in modern Russia. During the last 20 years, Pamfilova argued, Russia failed to build a system of values that would combine understanding of current challenges of development and the traditions of Russian culture and history. Pamfilova gave as an example the Russian political elite, which, in her words, can't choose between West and East and often tries to win using clashes between the two. Pamfilova cited one of the prominent Russian Orthodox Church leaders, High Priest Pyotr, who claimed that today's Russian political elite is trying to separate Russia from the Western world and orient it towards Asia, which pushes Russia away from Christian civilization. "The fact that religious leaders address the values problem is very important," Pamfilova said, "as they clearly warn Russian politicians not to follow pro-Stalin attitudes, as such roads lead to a dead end." This crisis of values does not allow Russia to identify itself as a democratic European country, she concluded.

Attitudes toward Stalin, in Pamfilova words, are the most prominent example of ideological differences in the country. According to one poll asking the question, "Who is Stalin for you today," 71 percent of respondents answered, "a great leader," and only 11 percent acknowledged Stalin's tyranny.

Nevertheless, Pamfilova argued, if the Russian political elite pursued a course more oriented toward democratic development and strengthening democratic political institutions, as well as presented itself as a strong Western ally, there would be much more support in Russian society. At the same time, Pamfilova called on the West to be "fair" towards Russia, and to see it as an ally in strengthening Western civilization. NGOs and other civil society groups can help Russia build its human values and push for democratic development.

In her presentation, Pamfilova also outlined the main historical periods in the development of Russian civil society since the breakup of the USSR. The active period of civil activity of the 1990s was followed by disappointment due to corruption and poverty. The beginning of 2000 brought relative stability and financial growth; however, "the society closed its eyes to the pressure of the state on freedoms and rights." Today, in her opinion, Russian power elite imitates the development of civil society, often trying to promote its development in a so called "virtual labyrinth," where everything should satisfy the interests of ruling elite. Today, out of 360 thousand NGOs registered in Russia, Pamfilova said that only 136 thousand are "really active."

However, the speaker emphasized that she believes the situation is slowly changing. "My cautious optimism is based on the fact of growing civil initiatives all across Russia, when people put their pressure on power with the goal of defending their rights."

Pamfilova also noted that today's Russian society is tired of "stabilization," which has in fact turned into stagnation. "Practically all social groups want real elections, independent courts, political competition," Pamfilova argued. Among the obstacles to these changes, she included the lack of communication between power and society and poor cooperation between Russian political parties and NGOs. Thus, politicians do not take civil activity and civil concern into account. Another obstacle is the poor trust of Russians toward each other. "Only 18 percent of Russian citizens agree that it is worth trusting people, so only this percent unite our society." The gaps between rich and poor populations, as well as religious and ethnic contradictions, are also among factors that slow the development of civil society in Russia.

Pamfilova believes that 2010 was a turning point in the development of civil society in her country. The tragic fires during the summer of 2010 were marked by a lack of government help, and Russian citizens showed ability for self-organization. She especially praised Internet web communities, which played a mobilizing role for civil activity during the crisis.

Finally, Pamfilova said that there is growing protest in Russia against political manipulation and increasingly, Russian society acknowledges the need for civil activity. "For now, the sprouts of such activity are weak, and they need great support, but I'm sure that in the near future, civil society in Russia will become strong enough to seriously influence the political processes in the country," she said, adding, "…I think that the coming parliamentary and presidential elections will be conducted in a different atmosphere."