The Nuclear Issue: Why is Iran Negotiating? 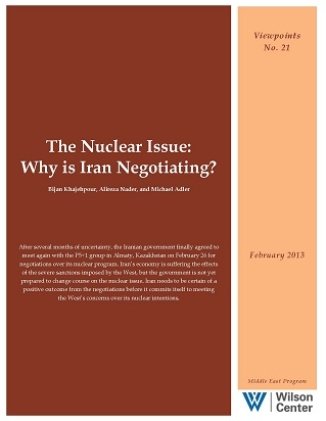 After several months of uncertainty, the Iranian government finally agreed to meet again with the P5+1 group in Almaty, Kazakhstan on February 26 for negotiations over its nuclear program. Iran’s economy is suffering the effects of the severe sanctions imposed by the West, but the government is not yet prepared to change course on the nuclear issue. Iran needs to be certain of a positive outcome from the negotiations before it commits itself to meeting the West’s concerns over its nuclear intentions.