The Political Economy of Progressive Tax Reform in Chile

With the March 11, 2014, inauguration of Michele Bachelet to a second, non-consecutive presidential term, Chile may be on track to enact its most significant tax reform in decades. Bachelet’s proposed reform, a cornerstone of her presidential campaign and the key to financing high-profile education reforms, is much broader and more progressive than any previous tax reforms from the last two decades.

The new reform agenda includes increasing the corporate tax rate from 20 percent (one of the lowest in Latin America) to 25 percent and eliminating the tax deferral for reinvested business profits, which has facilitated widespread income tax evasion and avoidance. The reform is expected to generate revenues of 3 percent of GDP, which will finance expanded public spending on education, as demanded by the student movement. Given Chile’s high rate of indirect taxation (including a 19 percent value added tax), increasing the income taxes paid by upper-income individuals and large businesses has been an obvious option for further increasing tax revenue.

Since Chile’s return to democracy in 1990, the highly cohesive, organized business sector and the country’s two parties of the right—which  held a significant share of seats in congress—created significant obstacles to reform. From 1990-2000, Concertación governments used a variety of strategies, in conjunction with opportune timing, to successfully pass incremental tax increases; many of these same strategies are apparent in the current reform discourse.

One method of minimizing opposition to reform is attenuating impact, by increasing taxes gradually, incrementally, or for a limited period of time. Another approach, compensation, provides benefits for elite taxpayers who will bear the burden of tax increases.  Legitimating appeals aim to mobilize public support by drawing on widely espoused norms like equity, thereby pressuring politicians to accept reforms they might otherwise oppose. Examples include vertical equity appeals, which draw on the principle that taxation should be progressive, and horizontal equity appeals, based on the idea that individuals or firms earning similar incomes should pay similar taxes, even if the sources of their income are different.

One of the most widely employed reform strategies following the transition to democracy has been linking tax increases to popular benefits in order to mobilize public support. The most forceful linking strategies make new spending contingent on approval of the tax increase in question. Linking to social spending has been an effective strategy because there tends to be greater consensus between the left and the right in Chile on social spending than on taxation, and business has been sensitive to the possibility that rejecting tax increases designed to fund social spending could damage its public image and foment demands for more extensive redistribution. As former President Ricardo Lagos explained in a 2006 interview with the author, “The key to a tax reform is to link it to the destination of the funds.  I never wanted to discuss the tax reform, I discussed what I was going to do with the money.”

During the Lagos administration, combinations of these strategies were used to pass several tax reforms, including the 2001 Anti-Evasion Reform (vertical and horizontal equity appeals), the 2001 corporate tax increase (equity appeals, phase-ins, and compensation for elites by reducing the top marginal personal income tax rate), and the 2005 elimination of 57 bis, a tax subsidy for stock owners (vertical equity appeals). In 2010, the Piñera administration employed several strategies from the Concertación’s repertoire to win approval of a temporary tax increase needed to finance reconstruction after the country’s major 2010 earthquake.

The student protests beginning in 2011 created new opportunities for much more substantial tax reform. Not only do students’ demands for major educational reform create massive new revenue needs, but the students also explicitly called for the government to finance reform through progressive taxation. These demands brought tax reform to the forefront of the 2013 presidential campaign. Bachelet’s campaign platform of increasing the corporate tax rate and eliminating the tax deferral for business income received harsh criticism from the right. However, it elicited a milder than usual response from the business sector, which assumed a more cautious position of warning that the tax reform—and especially eliminating the tax incentive for reinvested profits—would affect growth, investment, and employment.

On the whole, the business community now appears to have accepted a significant income tax increase as inevitable, given strong pressure from the student movement and civil society more broadly as well as opposition gains in the 2013 parliamentary elections. Along with its majority in the Chamber (67 of 120 seats), the coalition backing Bachelet (Nueva Mayoría, New Majority) secured 21 seats in the Senate while the right now controls only 17 seats.  These results place conservative parties in a much weaker position to veto tax increases.

Given the new balance of power in the congress, the central challenge for the Bachelet administration will be ensuring votes from the more economically liberal members of the governing coalition who may be less enthusiastic about the magnitude of the proposed reform and the elimination of the tax benefit for reinvested profits.  While the combined opposition from the right and the business community proved the largest obstacle to tax reform in the past, disagreements within the Concertación occasionally contributed as well.

The value of employing multiple reform strategies and pursuing incremental tax increases when facing strong opposition is a generalizable lesson that emerges from the Chilean examples examined in this paper.  Reform strategies do not ensure success, yet the more strategies that can be simultaneously applied, the better the prospects.

Reform strategies from the Concertación’s traditional repertoire are sure to feature centrally in the coming debate.  At this early stage, the tax reform has already been linked to financing investment in public education, equity appeals are well-formulated—the income tax measures are designed to increase the burden on the wealthiest Chileans by eliminating the favorable treatment of business income—and the modifications will be phased in gradually to assuage concerns over the impact on investment.  Although it remains to be seen how significantly the executive branch will need to modify its reform proposal to secure approval in congress, it seems clear that Chile is now poised to enact by far its most substantial progressive income tax reform since its transition to democracy. 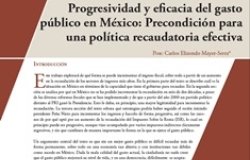 Publication
Economics and Globalization
The Uruguayan Tax Reform of 2006: Why Didn’t it Fail? 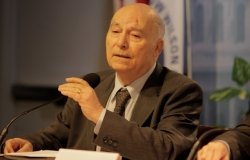 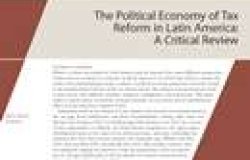 Publication
Economics and Globalization
The Political Economy of Tax Reform in Latin America: A Critical Review 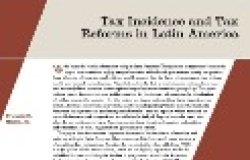 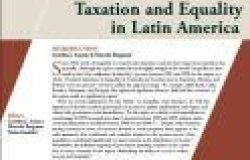