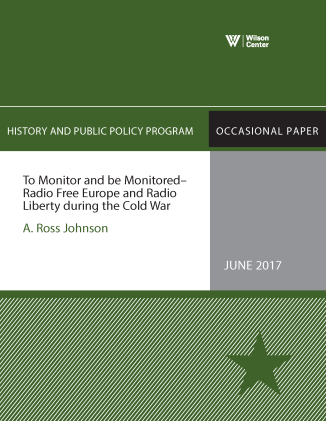 By A. Ross Johnson
Cold WarEurope

Monitoring of Soviet bloc radios was an important input to Radio Free and Radio Liberty broadcasts during the Cold War. RFE and RL also monitored the official print media and interviewed refugees and travelers. Soviet bloc officials in turn monitored RFE, RL, and other Western broadcasts (while jamming their transmissions) to inform themselves and to counter what they viewed as “ideological subversion.” On both sides, monitoring informed media policy. RFE and RL monitored their radio audiences through listener letters and extensive travel surveys, while the Communist authorities monitored those audiences through secret police informants and secret internal polling. Both approaches were second-best efforts at survey research but in retrospect provided reasonably accurate indicators of the audience for RFE, RL, and other Western broadcasters.

To learn more and view the attached document appendicies, please download the PDF below.

A. Ross Johnson is a visiting scholar at the Hoover Institution, adviser to the Radio Free Europe/Radio Liberty (RFE/RL) Archive Project at Hoover, and History and Public Policy Fellow at the Woodrow Wilson International Center for Scholars.