U.S. Policy toward Syria: Making the Best of a Bad Situation? 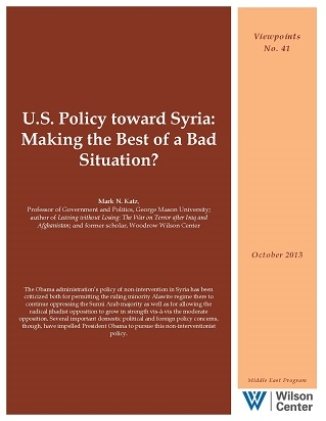 The Obama administration’s policy of non-intervention in Syria has been criticized both for permitting the ruling minority Alawite regime there to continue oppressing the Sunni Arab majority as well as for allowing the radical jihadist opposition to grow in strength vis-à-vis the moderate opposition. Several important domestic political and foreign policy concerns, though, have impelled President Obama to pursue this non-interventionist policy.