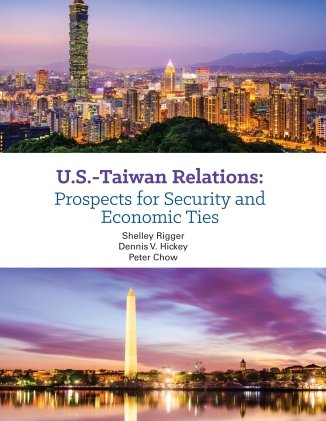 Taiwan continues to be a key partner for the United States, and a peaceful and prosperous Taiwan clearly remains in the U.S. national interest. Yet prospects for Taiwan’s autonomy have come increasingly under the spotlight as worries about heightened tensions in cross-Strait relations continue. On January 25, 2017, the Wilson Center’s Asia Program hosted a conference on the Trump administration’s policy toward Taiwan and its political, economic, and security impact with three scholars. This is a collection of essays from the U.S. academics who participated in the conference. Contributions from Shelley Rigger of Davidson College, Dennis Hickey of Missouri State University, and Peter Chow of the City University of New York should further discussions about the future of Taiwan’s relations with the United States and contribute to strengthening relations between Taipei and Washington.

U.S.-Taiwan Relations: Prospects for Security and Economic Ties by The Wilson Center on Scribd

Professor and Director of the Graduate Program in Global Studies, Missouri State University