Will Saudi Women Finally Be Allowed to Drive? 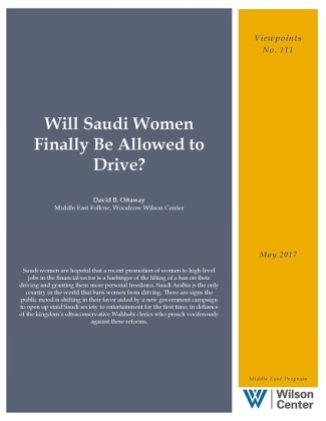 Jeddah—Will Saudi women finally be allowed to drive? Recently, three women were named Chief Executive Officer of two banks and the national stock exchange, creating heightened expectations for such a breakthrough in the last country in the world that bans women from driving.

“There are so many signs society is ready for it,” said Samar Fatany, a talk radio host, columnist, book author, and activist. She even predicted the ban on women driving might be lifted in the next few months. Others Saudi feminists expressed skepticism.

No issue has earned Saudi Arabia more ridicule abroad or undermined more of its efforts to project the kingdom as a modernizing state than the driving ban, which most Saudis agree is a question of social tradition rather than any Quranic verse. It has long served as a metaphor for perceived Saudi backwardness, promoted by its numerous detractors in the West.

The issue is part of a larger struggle coming to a head now between liberals and ultraconservative Wahhabi religious clerics over both the status of women and the promotion of entertainment in a kingdom bereft of theaters, movie houses, orchestras, and concerts, not to mention women drivers. Worse than the ban on driving for many educated women has been the system of male guardianship requiring women to obtain the permission of a husband, brother, or son in order to work, get a passport, or travel abroad.

The kingdom’s youthful deputy crown prince, Mohammed bin Salman, has decided to take on the religious establishment indirectly by establishing a General Authority for Entertainment and building a $8 billion theme park with the help of Six Flags outside of Riyadh, the kingdom’s most conservative city and its capital. Meanwhile, feminists, artists, actors, filmmakers, and female sports enthusiasts are being encouraged to agitate for long overdue reforms from below.

Rumors circulating within the Saudi chattering class say King Salman, the 82-year-old father of 31-year-old Prince Mohammed, continues to side with the kingdom’s Wahhabi clerics with whom he developed a very close relationship during 48 years as deputy governor or governor of Riyadh.

Still, signs of change are everywhere. In February, the first Comic-Con, a crazy costume festival, was held in Jeddah; in March, a film festival took place in Dhahran; and in April, Riyadh hosted the World Champion Kickboxing Challenge and the Japanese Symphonic Orchestra. The government has set out to establish 450 clubs across the kingdom to organize cultural events. New malls are being designed to leave space for movie houses.

The kingdom’s religious leaders are not remaining silent. They are fulminating against all of these changes, particularly more freedoms for women. Grand Mufti Abdulaziz al-Sheikh has condemned concerts and cinemas as a “depravity” that will surely lead to a mixing of the sexes now kept segregated in public places aside from married couples and families. He also has publicly opposed women driving because it would “expose them to evil.” And he has declared that the game of chess is forbidden on the basis of a Quranic verse banning “gambling” and because it constitutes “a waste of time and money” provoking “hatred and enmity between players.”

Popular Wahhabi preachers like Sheikh Mohammed al-Arifi, who has 15 million Twitter followers, are just as outspoken against empowering women either by allowing them to drive or work. He has even condoned a husband’s beating of his wife, though only lightly and in places on her body not visible in public.

But at least one noted Wahhabi scholar, Sheikh Abdullah al-Manea, a member of the Council of Senior Scholars, has broken ranks with his peers. “Once a female is of a mature age, no guardianship is imposed on her,” he opined during last fall’s public debate over the issue. “Every lawful right men enjoy, women also enjoy” except for one thing: “only the women’s guardian or parent can give her hand in marriage.”

Overall, the tide seems to be turning in favor of Saudi women, who account for 52 percent of university graduates inside the kingdom and 35,000 of 125,000 Saudis studying abroad. The consultative Shura Council, which has 30 women in the 150-seat appointed body, debated a proposal earlier this year to lift the ban on women driving. No vote was taken, but only one council member spoke out against it.

Another sign of changing attitudes came on April 26 when the council approved by a clear majority a proposal to establish a sports college for women, a daring innovation in a country that does not yet allow physical education classes for women in its public schools. The 73-to-57 vote fell three short of the required absolute majority of 76, but that it got so close to approval was big news here.

One of the sponsors was Lina Almaeena, who was appointed by King Salman last December to the Shura Council together with several other women activists. She has been at the forefront of a 14-year-old campaign to allow women in sports, particularly basketball, as cofounder of Jeddah United Sports. This is a wife-husband enterprise devoted to teaching Saudi girls to play basketball and soccer at a walled open-air field on Tahliya Street in central Jeddah. It also runs a league of female teams drawn from private schools in Jeddah.

“I see a paradigm shift in the way men deal with women,” she said, noting that only one Shura Council member had voiced opposition to women driving. Almaeena saw one remaining obstacle even if the ban were lifted: How to maintain the Wahhabi stricture to keep unrelated men and women from dealing with each other in traffic. The kingdom would first need to establish a separate female police force as well as driving schools, she said.

Skeptics of Almaeena’s “paradigm shift” note the outcome of a campaign last fall to convince King Salman to scrap the system of male guardianship over women. A large number of women signed a petition, or sent telegrams, to the king asking for an end to the system after Human Rights Watch issued a scathing report in July on guardianship entitled “Boxed In.” The king has yet to acknowledge he received the petition.

Skeptics also cite the limited goals for the promotion of women contained in the masterplan for the kingdom’s economic and social development over the next 13 years—Vision 2030. It endorses equal opportunity for men and women in the economy, but then only sets as a goal of increasing the female portion of the workforce from 22 to 30 percent. Right now, women account for 80 percent of the 917,000 officially registered jobless in the kingdom. The plan is also silent on the issue of guardianship and women driving.

Still, there are female activists in the Shura Council, like Moudi al-Khalaf, who argue the strictures of guardianship are being chipped away “bit by bit.” Male permission to work is “not an issue” in educated Saudi families, and women can now get their own ID cards. Only “a minority” of women, mainly those from “ultraconservative families,” are subject to abuses now, she claimed. She has also noticed a retreat by the religious police, the mutawa, who had imposed their fickle will on women in public places since the king stripped them of the power to arrest a year ago.

Instead of driving or scrapping guardianship, al-Khalaf listed getting women into senior level jobs in both the private and public sector as her top priority. (The first and only female deputy minister was fired in a cabinet shakeup in April 2015.) She was elated to see three Saudi women rising to the rank of CEO in the financial world. “The government is slower,” she said. “We have to fight for it.”

So she is. Al-Khalaf and two other female Shura members proposed in mid-March that a woman be appointed as deputy minister of labor and social affairs. The government’s reply to their request came in the latest cabinet shakeup in late April: Not a single woman was appointed to any ministerial position. 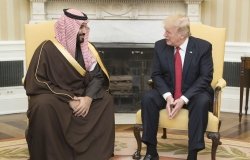 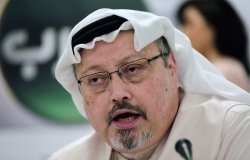 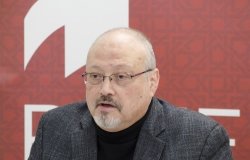 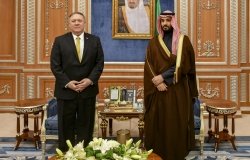 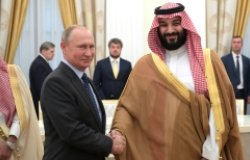 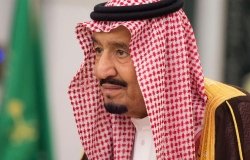 External link
Will the Saudi King Fire His Own Son? 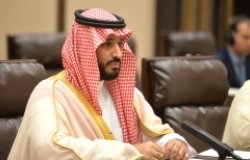 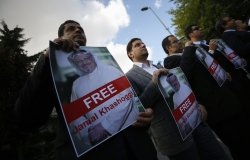 External link
U.S. Foreign Policy
The U.S.-Saudi Relationship Is Out of Control