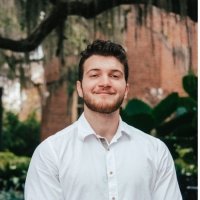 Qatar will soon host the FIFA World Cup, advancing the country’s infrastructure and foreign policy goals. Yet concern is high regarding the infrastructure’s lasting utility and poor treatment of the migrant workers who came to build it.

On the 20th of November, Qatar will make history by bringing the world’s most watched athletic event to the Middle East for the first time. For Qatar, hosting the FIFA World Cup is a strategic move to advance the country’s infrastructure development and foreign policy objectives. However, progress on these two goals has raised concerns regarding the infrastructure’s lasting utility and poor treatment of the migrant workers who are largely responsible for building it. These concerns represent challenges Qatar will need to address in the coming years as it strives to redefine itself as a Gulf metropolis.

Qatar has been building up the necessary infrastructure to accommodate an estimated 1.2 million visitors during the month-long event, a figure that amounts to nearly half of the country’s current population.

Hosting the World Cup serves as a vehicle to achieve the Qatar National Vision 2030 (QNV 2030), a government initiative to transform Qatar into a global society and provide a higher standard of living. The national development plans associated with QNV 2030 include projects directly tied to the World Cup and are intended to promote post-tournament sustainability. Qatar has been building up the necessary infrastructure to accommodate an estimated 1.2 million visitors during the month-long event, a figure that amounts to nearly half of the country’s current population. In addition to building state-of-the-art stadiums, Qatar has introduced a modern metro system, expanded its airport, and constructed new districts within the capital city, Doha. While estimates vary, Qatar will spend roughly $200 billion on these projects.

Qatar’s hope for the World Cup

Qatar’s economy is dominated by hydrocarbon exports. It has the world’s third-largest natural gas reserves and is one of the top oil producers. While natural resources have significantly contributed to Qatar’s prosperity, the market forces that dominate hydrocarbon exports also result in revenue volatility. Consequently, the country aims to grow its non-energy economy, with ambitions to become a regional business and tourism hub. Hosting the World Cup is key to realizing these ambitions. Between 2013 and 2018, the hydrocarbon share of Qatar’s GDP decreased from 55 percent to 39 percent, reflecting, in part, elevated public capital expenditure linked to World Cup preparations. The tournament has supported developments in critical non-energy sectors, and their sustained growth will be a priority for Qatar after the World Cup concludes.

In addition to diversifying the economy, Qatar aims to attract foreign direct investment (FDI). In June 2017, a coalition of Arab countries imposed an economic and diplomatic blockade on Qatar. As a result, the country’s FDI inflows plummeted from nearly $1 billion in 2017 to negative  $2.8 billion in 2019. Hosting the World Cup could precipitate a strong rebound in FDI. In 2018, Qatar laid the groundwork by allowing foreign investors to own 100 percent capital in all sectors to facilitate FDI inflows, eliminating the previous limit of 49 percent foreign ownership. And in 2020, Qatar introduced a public-private partnership law that allows investors to co-own infrastructure assets developed under long-term concessions. The hope is that investors will be attracted to Qatar’s World Cup-related infrastructure developments, economic growth, and more attractive international profile.

In January 2021, countries in the Gulf Cooperation Council (GCC) signed the Al Ula declaration, lifting the embargo. While FDI inflows have remained stagnant, Qatar is still anticipated to become an investment hub. The State recently ranked 24th in the 2022 Kearney FDI Confidence Index, the first year the country made it on the list, due to investor enthusiasm over its market liberalization efforts and World Cup-driven growth.

The perils of global sporting events

Despite the potential benefits of the World Cup, hosting major international sporting events are notorious for their poor return on investment. Forecasts indicate that Qatar's economy will grow by 3.4 percent in 2022 and 2023, thanks to the World Cup boost, but then slow down to 1.7 percent by 2024. The challenge is to capitalize on the substantial infrastructure investments made thus far to sustain strong GDP growth. During the 2016 Olympics, Rio de Janeiro invested heavily in modernizing its infrastructure, spending $2.9 billion on subway lines and over $4 billion renovating historic districts. Rio and International Olympic Committee organizers planned to stage local and national events to maintain venues once the games concluded. To date, however, several venues have reportedly fallen apart, and the alleged long-term benefits of hosting the games have not materialized.

While Qatar plans to invest beyond the tournament as it strives to achieve its National Vision 2030, construction will inevitably slow down. In turn, an exodus of expatriates is expected, as the construction sector employed 44.2 percent of the total expatriate workforce in 2019. The waning in Qatar's infrastructure development and drop-off in demand could reduce the utilization of the infrastructure built following the World Cup.

Qatar’s continued investment in modernizing its infrastructure is likely to expand transportation, commercial, and economic initiatives.

Despite these concerns, the state strategically erected infrastructure to benefit the economy beyond the World Cup. For example, according to Zaid Mosawy, Strategic Advisor for the Supreme Committee for Delivery & Legacy, “each of the different stadiums that we have been working on” are intended to have a lasting impact on “local communities.” The larger stadiums with capacities of 40,000 will be scaled down to 20,000 to support local soccer teams. In addition, Mosawy stated, depending on local needs, Qatar will transform the smaller stadiums into mixed-use educational, medical, and commercial facilities. Qatar’s continued investment in modernizing its infrastructure is likely to expand transportation, commercial, and economic initiatives. The International Monetary Fund (IMF) estimates the population will reach 2.5 million by 2027, which is only slightly less than current levels.

Also key to the long-term benefit of World Cup infrastructure is Qatar’s integration of national policies, initiatives, and projects under one umbrella. Through its Supreme Committee for Delivery and Legacy, which oversees and centralizes the country’s tournament planning and operations, Qatar has avoided the bureaucratic coordination problems faced by Rio de Janeiro. The city, responsible for most of the construction, notably experienced delays and inefficiencies in receiving federal funding. The result was inadequate planning and the downgrading of projects to meet tight deadlines at the expense of ensuring longevity, as evident by the largely abandoned and deteriorating venues. By comparison, Qatar's national government has funded World Cup preparations since the night the country won the bid, thus giving the Supreme Committee 12 years to plan and execute a long-term, integrated approach to the event.

In addition to fostering infrastructure development, major sports tournaments tend to place the host nation or city “on the map,” allowing it to amass regional and international soft power. Brazil hoped that successfully hosting the 2016 Olympics would increase its status in the international order and contribute positively to foreign policy goals. While Qatar’s World Cup has led to increased visibility and may improve the country’s status in the Middle East and beyond, the government plans to apply that increased soft power to solidify national security. As Dr. James Dorsey, Senior Fellow at the National University of Singapore’s Middle East Institute put it, “Qatar’s defense and security is its relevance to the international community.” Hosting such a significant event could expand Qatar’s ability to find solutions to political problems and establish partnerships in times of need.

With that said, the World Cup has also brought greater attention to Qatar’s human rights record. Numerous investigative reports have highlighted abuse of migrant workers during preparations for the World Cup. Moreover, migrant workers in Qatar do not receive fair compensation for the arduous working conditions or adequate remedies for serious labor abuses and injuries suffered due to World Cup preparations.

In light of increased international awareness, and perhaps to protect its gains in security, Qatar has issued new procedures and mechanisms to promote migrant worker right...

In light of increased international awareness, and perhaps to protect its gains in security, Qatar has issued new procedures and mechanisms to promote migrant worker rights that are “either unprecedented in the region, or have since been followed by other countries,” noted Dr. Dorsey. For example, in 2020, the government announced a new minimum wage for migrant workers, including food and accommodation allowances. Despite such progress, it remains to be seen whether these measures could truly protect migrant workers and enhance Qatar’s geopolitical position in the Gulf surrounded by countries with much stronger hard power resources.

The World Cup is likely to have differential impacts on Qatar. The seminal event promises to provide short- and long-term economic benefits and the potential for soft-power gains. However, doubt arises over the country's ability to effectively utilize the infrastructure it has built after the event. Additionally, Qatar's treatment of migrant workers has limited the State’s foreign policy aspirations. Nonetheless, Qatar has considered these concerns and implemented mechanisms to address them, notably building infrastructure with the intent to be repurposed and introducing region-leading reforms to its migration policies.

Qatar’s ability to leverage the World Cup to support steady GDP growth and a high degree of security is now contingent on the government following through on its strategic plans and commitments. If these measures are successful, Qatar could avoid the trap of short-lived gains experienced by past mega-sporting event hosts, such as Rio. Moving forward, the State will likely continue to host sporting events and implement migration reforms, positioning itself to leave a lasting legacy as sport and political-economic epicenter in the Middle East.