Can the U.S. Serve as an Example in the Management and Promotion of Protected Areas in Chile?

A growing tourism industry in southern Chile can be a very good way to focus attention on climate change and the need to protect fragile ecosystems. It can also help articulate an economic model that emphasizes the benefits of large-scale conservation such as Chile is doing.

Pablo Neruda wrote in his memoirs, Confieso que he vivido, “those that do not know the Chilean forests, do not know the planet.” It is sufficient to say that Patagonia, which covers about a third of Chile’s total landmass, is one of the many natural gems that the country possesses. It is now gaining more attention, seen as the last frontier of the natural world—free from the pressures of urban life and overwhelming development. However, what could be perceived from a traditional viewpoint, as structural deficiencies in its development, are in actuality the basis of its future.

In September, the Route of Parks in Patagonia was formally launched, an initiative proposed by Tompkins Conservation together with other public and private organizations. It was the result of a historic agreement with the previous government of President Michelle Bachelet, involving an unprecedented donation of land. This new destination, which represents a sea-and-land route of over 1,700 miles, encompassing 17 national parks and over 28 million acres, is roughly the size of Switzerland. The Route of Parks has all the scenic potential to become recognized worldwide, establishing a new standard of excellence for sustainable tourism in Latin America. Yet this will require a commitment toward confronting challenges and overcoming obstacles.

One of the key challenges that Chile must face is how to manage the economic opportunity of inserting the Route of Parks into a model for local development. In most cases, the 60 localities along the Route of Parks, of different sizes and realities, do not have the sufficient social capital, resources, or policy instruments to take advantage of the opportunities linked to tourism for both Chilean and international visitors.

Furthermore, the social and environmental tensions created by industrial pollution in the Quintero-Puchuncavi area and the growth of citizen movements against thermoelectric coal plants—to name only a few—are instances which will pressure the government of President Sebastian Piñera to consider how Chile can continue its environmental stewardship. The leadership attained by Chile regarding conservation issues should be maintained and projected onto the global stage, as half of the world’s biodiversity is located in the countries of Latin America and the Caribbean. The latest report published by the Intergovernmental Panel on Climate Change highlights the challenges that await us, as the actions needed to avoid global temperatures reaching more than 1.5 Celsius are enormous.

According to the report, we have twelve years to act. The initiative of the Wyss Foundation, (whose founder recently announced a contribution of $1 billion toward conservation) and the International Union for the Conservation of Nature, identify 2030 as the target year to conserve 30 percent of the world’s oceans and land to help combat climate change. The recent creation of newly protected areas in Chile, both land and marine, is undoubtedly a historic and significant step, but there is much more to do. In a certain way, globalization offers Chile significant challenges as well as opportunities. The country has pursued an economic model that has generated a noticeable material well-being for its population, yet important adjustments will need to reconcile economic growth with the protection of the environment.

A growing tourism industry in southern Chile can be a very good way to focus attention on climate change and the need to protect fragile ecosystems. It can also help articulate an economic model that emphasizes the benefits of large-scale conservation such as Chile is doing.

In 2017, 6.5 million visitors made their way to Chile representing $4.2 billion dollars for the national economy. Projections from the Chilean Undersecretary of Tourism estimate that 7 million visitors will arrive in 2018, an increase of 8.5 percent. The internationalization of tourism and the continued growth of this industry, can be guided toward sustainable development focused on nature-based tourism in surrounding local communities, thereby supporting the conservation of vital ecosystems and biodiversity for Chile and the region.

However, Chile needs a convincing plan to handle this tremendous public-private initiative.

Just as important as the creation of the Route of Parks, will be overcoming the immense challenge of improving and managing a national system for protected areas. The approval of a new park service in Chile has been discussed for some time in the National Congress. A substantially larger budget for a newly created park service, on par with the level of development in Chile, could begin to effectively manage the country’s natural heritage. As we know from the experience of the United States, this can result in significant economic benefits for surrounding communities.

The U.S. National Park Service (NPS) could be a model for Chileans to pursue, which has shown that for every dollar invested by the federal government in its parks, 10 dollars return to local economies. According to a NPS report in 2018, visitors to national parks spent $18.2 billion in the surrounding “gateway communities” located within 60 miles of a national park in 2017. With a budget of $3 billion, the U.S. National Park Service not only guarantees the continued conservation of its various parks, but also offers a good return to U.S. taxpayers.

Unfortunately, similar studies do not exist in Chile, but this could change with the introduction of public policies that create an improved national system for protected areas similar to what one would find in the U.S. and other developed countries, or even in neighboring countries in the region. The lack of an adequate institutional framework in Chile represents an important challenge to overcome in order to take advantage of the expected benefits sustainable tourism can bring to surrounding communities.

Yet the necessary levels of funding do not currently exist, either through public or private sources. Given the shortage of funding mechanisms, obstacles and other legal challenges as well as the lack of incentives, we should also recognize that there is very low participation in philanthropic efforts in Chile. If there are any at all, they are usually dedicated to social or cultural issues, although we are beginning to see changes in this regard. Even so, the total amount of donations in Chile represents approximately 0.12 percent of GDP, in comparison with 2 percent of GDP in the U.S.

While the Trump administration has generated tension among various environmental groups, the strong institutional framework of the national park system has remained intact. This is due in large part to an ironclad defense provided by citizens and civil society in the United States. The ability to access the country’s natural patrimony continues to be a source of national pride. The role of the private sector also continues to have an important role in promoting conservation as an economic engine, and tax incentives for protected areas, or at least the elimination of barriers to philanthropic contributions, could be a good starting point to consider by the current administration in Chile.

Douglas Tompkins, always had a certain level of pragmatism concerning these issues, in that a tourist industry based on the conservation of nature, constitutes a virtuous alliance that can guide Chile to recognize its own natural heritage so that future generations—Chilean as well as foreign—can enjoy the forests, mountains, rivers and lakes; and remembering Neruda’s words, capture in a moment and forever, a piece of this beautiful planet.

*Hernán Mladinic is a member of the Advisory Council of the Friends of Parks in Chile. Previously, he was the Executive Director of the Pumalín Foundation. Currently he is a fellow with the Vidanta Foundation, researching sustainable tourism at the Woodrow Wilson International Center for Scholars, a think-tank based in Washington, D.C.

*Anders Beal is an assistant and researcher in the Wilson Center’s Latin American Program.

*The opinions expressed are those of the authors. They do not necessarily reflect the views of the Center staff, fellows, trustees, advisory groups, or any individuals or organizations that provide financial support to the Center.

This article originally appeared in País Circular in Spanish. 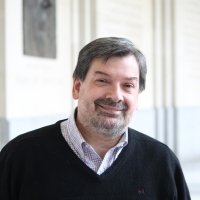