Skip to main content
Support
Explore More
Close
Publication
Coronavirus
Africa: Year in Review 2021
Share on FacebookShare on TwitterShare via Email
SharePrint
Part of the On The Northern Frontier
Article

John Stackhouse spent several years writing Planet Canada, How Our Expats Are Shaping the Future.  It was worth the wait. If there is any resource which Canada squanders to its detriment, it is Canadians living outside the country. And not necessarily “overseas”, since that implies across oceans, but also in the United States.

Let’s put it in perspective. Say, Canadians living in the United States make up one third of the diaspora (not an unreasonable assumption given its proximity), and we take the diaspora at 3 million people in total.  That means that this population comprises the 11th largest city in the United States, slightly more than Austin, Jacksonville and San Francisco.  Put differently, it is a population greater than at least six U.S. states (or seven Canadian provinces and territories).  We can certainly quibble with the numbers, but there is little doubt that it is a sizeable group.  Not a voting bloc, and not homogeneous, but a force of potential benefit for improved Canada-U.S. relations.

Stackhouse spent some time talking to Canadians in the United States; his take on them and the other expats scattered around the globe is that Canadians want to keep ties to Canada and they would like to contribute to Canada.  But apart from being called upon from time to time to meet visiting federal and provincial politicians, our expat diaspora does not hear from the Government of Canada.  Which is especially odd given that they are eligible to vote in Canadian elections!

In our experience, Canadian Embassies and Consulates are not encouraged to “entertain” Canadians—government hospitality guidelines dictate otherwise.  We share Stackhouse’s conviction that the highly motivated, usually quite successful Canadians who constitute our international diaspora often have excellent connections in the local political and business scene and may even be influencers themselves. The making and conduct of Canadian foreign policy would benefit if the expat community were more systematically consulted and its assistance in ‘connecting’ with decisionmakers where they now live sought more routinely.  Better informed official Canadian engagement with the United States (and other countries) almost certainly leads in the direction of more ‘common ground’ and reduced possibility of friction. In other words, better policy.

Some ideas for drawing upon these most valuable resources:

First, and most basic, Canadian offices abroad should be mandated to seek out and maintain contact with Canadian expats (and local alumni of Canadian universities for that matter) who would be interested in sharing their knowledge and experience. They could be a significant source of information. Senior Canadian representatives abroad could host discussions on a regular basis to extract their perspectives on government actions and intelligence on relevant developments on the ground.

Next, at the political level, there should be a Junior Minister at Global Affairs Canada entrusted with engaging Canadians abroad. There are many models: France has Minister of State for Tourism, French Nationals Abroad, and La Francophonie; Poland’s Ministry of Foreign Affairs has a Department for Cooperation with Polish Diaspora and Poles abroad, mandated to “encourage Polish communities to shape and enhance the image of Poland around the world”;  and Ireland has a Minister of State for Overseas Development Aid and Diaspora.  Including consular affairs would seem logical in the Canadian case. Beyond that, though, a Canadian Minister should be tasked with reaching out and listening to expat Canadians. Too often “outreach” has meant simply blasting out government messaging. True engagement needs to be a two-way street. The perspectives gathered at the local level should be funneled up to Cabinet, then fed back to those expat Canadians who have made the effort.

Recognition should be duly given. ‘Visit Medallions’ had been presented by the previous two Governors General during their travel abroad. Recipients (both expat Canadians and citizens of the country being visited who had made stellar contributions to Canada’s image and advocacy efforts in the territory in question) were recommended for the honour by the head of the Canadian mission. While that practice has been discontinued, we believe it should either be reintroduced or modified and expanded to permit Canada’s senior representatives abroad to offer recognition outside the context of a Governor General’s visit (which, obviously, does  not happen very often).  Stackhouse suggests the creation of a special Order of Canada for overseas Canadians.  That idea warrants serious consideration. It is self-evident, in our view, that anyone so honoured would redouble their efforts on behalf of Canada.

Finally, creating the global Canada network, for instance by convening select groups of expats in Canada to meet with the relevant political leaders, public servants, and civil society.  Pick a theme of global concern and ask expat Canadians for their input.  Not everyone will be interested, but even a small percentage would significantly magnify the range of views available to policy makers at home. This is as important whether it involves Canadians living in the United States or in Asia.

Much of what is innovative in governance in America is not happening in Washington, D.C., but rather at the state and municipal level.  Canadians who believe they know the United States through reading TheNew York Times and TheWashington Post and watching CNN are missing a great deal.  Expat Canadians scattered throughout the United States can help clear out the noise and provide significant local and regional insights.

In his 2000 book Star Spangled Canadians: Canadians Living the American Dream, Jeffrey Simpson properly observed that Canadians have very successfully integrated in the United States. He felt they might not respond well to Canadian government efforts to engage them.  Absent serious government efforts, of course, the theory is self-validating. Stackhouse contends that Canada “is the only major country that doesn’t think strategically about its diaspora”.  He does, however, cite the example of C100 (one-hundred Canadian expats who are corporate leaders in Silicon Valley who have extensively and generously collaborated with – and are routinely consulted by – the Government of Canada). There are several hundred thousand Canadians resident in Silicon Valley; C100 was created in 2009 (a decade after Jeffrey Simpson’s book). The C100 model may prove that successful diaspora engagement is possible if Government outreach offers genuine opportunity for diaspora input.

Stackhouse is a ‘futurist’ of sorts; he notes that other countries “recognize the decades ahead will be influenced by people networks more than by power centres.” He is also an exceptional listener (perhaps the quintessential characteristic of Canadians living abroad!), substantiated by the stories he tells about Canadians working in the United States and around the world.  The Government of Canada would do well to signal its enthusiasm, officially, for engaging, consulting, listening, and mobilizing Canada’s significant international diaspora.

Deanna Horton and Roy Norton are former Canadian diplomats; both led the ‘Advocacy Secretariat’ at the Canadian Embassy in Washington, D.C. 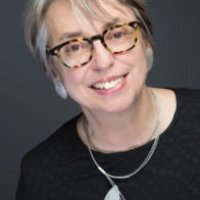