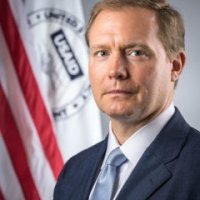 Recent reports of outbreaks of COVID-19 among populations inoculated with Chinese-manufactured vaccines underline the urgency of getting safe, effective, American-made vaccines to the developing world.  While the President’s announcement of a commitment to donate 500 million doses of vaccine to the rest of the world (purchased from Pfizer, Inc.) and contribute even more from the U.S. domestic stockpile is laudable, the Administration has revealed only a skeleton plan of how it will manage the program.

What we have heard so far presents several problems.  First, the commitment of 75 percent of the initial U.S. commitment of 80 million doses from the U.S. domestic stockpile to COVAX, the international consortium organized by the World Health Organization (WHO) and Gavi, the Vaccine Alliance, ensures the American people will not get maximum credit for their generosity.  Multilateral institutions and coalitions have an important place in the response to the pandemic, and making a contribution to them is appropriate, but giving such a disproportionate share to COVAX will dilute the public-diplomacy impact for the United States.

Second, the Administration’s announcement of a willingness to forego protections for the intellectual property behind the U.S.-made vaccines against COVID-19 is a hollow promise.  Even if the other members of the World Trade Organization eventually go along with the proposal, the complexity of mRNA technology and lack of qualified manufacturers in the developing world means that issuing compulsory licenses will not create any new production capacity for years.  Giving away patents related to the mRNA platforms will also damage incentives for pharmaceutical companies to invest in using them to develop vaccines against other diseases, erode America’s competitive advantage in biotechnology, and have a negative impact on U.S. patients and health care in the long run.

So what should the Biden Administration be doing instead as it continues its vaccine diplomacy?

I offer several concrete suggestions for making sure the U.S. Government can maximize taxpayers’ investments in the international response to the pandemic:

Use USAID’s existing platforms, especially under the President’s Emergency Plan for AIDS Relief (PEPFAR), as the primary mode of execution

Through PEPFAR, the President’s Malaria Initiative, and other health programs, USAID reaches into cities and rural areas throughout sub-Saharan Africa and South and Southeast Asia.  Since more than 60 percent of the Agency’s PEPFAR portfolio is in the hands of local organizations, it has access to the public and non-profit facilities and providers needed to inoculate large numbers of people efficiently, as well as to the trusted community and faith-based groups that can overcome misinformation and disinformation.  In addition, USAID already is the U.S. Government’s vehicle for delivering vaccines and medicines overseas, and has the logisticians and a PEPFAR data team who can help national governments avoid the unfortunate mistakes in forecasting and roll-out we have seen in the Democratic Republic of Congo, Malawi, South Sudan, and elsewhere in sub-Saharan Africa.  Finally, the Agency’s New Partnerships Initiative can help it bring on new partners much more quickly than in the past.

Forge real partnerships with the private sector in delivery, distribution, and data

Neither Covaxx nor bilateral efforts to get more “shots in arms” in developing countries will succeed without new and innovative partnerships with the private sector in these three areas:

The Chinese and Russian Governments have not been shy about trumpeting their donations of vaccine and testing equipment during the pandemic.  They have been less eager to explain away the deficiencies in these gifts that have become apparent over the last few months:  the deaths in vaccinated health workers, the false positive and negative tests, the faulty equipment.  While individual events in some countries that have received donations of U.S. vaccine through COVAX have been promising, the Administration should bias its programming much more in the direction of bilateral assistance that is well-branded and widely communicated to local audiences in recipient countries.  People should know they are benefitting from superior technology created because of public and private investments in the United States, delivered to them because the American people cares about their well-being. 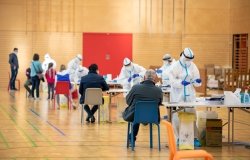