Europe and America don’t see eye to eye on economic security: How to avoid fragmentation 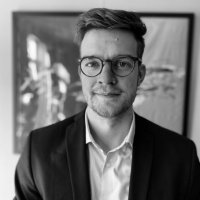 Boosting economic security in face of war, geopolitical upheaval, and other global crises has become a paramount priority for both the EU and the US. But a divide over how to best go about it is increasingly visible across the Atlantic. While European leaders still grapple with how to square the circle of staying competitive while boosting resilience and autonomy, American leaders increasingly appear concerned above all with one goal: checking China’s technological rise and economic reach. Allies must try to find common ground on the basic principles of economic security approaches, or risk resentment and fragmentation.

Two recent policy developments indicate America’s laser focus on China. First, the CHIPS and Science Act provides some $52 billion in subsidies for the semiconductor industry (as well as some $170 billion into R&D and STEM education). It marks a spectacular revival of US industrial policy in service of a geoeconomic goal: winning the technology competition with China and breaking up supply chain concentrations.

The strategic rationale of the CHIPS Act is right. But it also exemplifies the hardening view in Washington that investments in Chinese manufacturing are necessarily at odds with US economic security. While after heavy lobbying, the sharpest guardrails and screenings were defeated before the vote, the focus of cutting China entirely out of advanced technology supply networks which may form the backbone of future innovativeness is undeniable. Outbound investment screening is likely to return in one way or another.

Then, in October, the Biden administration issued sweeping new controls on the export of advanced semiconductors. Controls have been continuously tightening over the past five years. But the latest controls are set to not only fundamentally reshape the global semiconductor industry, but also change gears in the wider Sino-American geoeconomic confrontation. The new regulation locks its eyes on China: any item being sent to a Chinese fab producing a range of leading-edge integrated-circuit products are subject to licenses (older generations of chips remain exempt). It also forbids American citizens or firms from helping Chinese fabs develop leading-edge chips, a move which proved especially disruptive in the days after controls were issued.

While the need to control chips used in China’s military and surveillance apparatus is a security logic American allies have increasingly converged on, this latest sanction salvo sets the stage for more serious soul searching in Europe over the direction of travel. Irrespective of issues of enforcement and commercial loss, the bigger geopolitical question seems unavoidable: are European allies able and willing to subscribe to this China-centric understanding of economic security?

The Inflation Reduction Act (IRA) boasts a $737 billion spending catalogue, $370 billion of which are earmarked for major tax and investment incentives in clean energy. The bill is hailed as America’s most significant climate legislation – ever. That alone is a remarkable policy success from the Biden administration. Among other items, the bill offers up to $7,500 in tax incentives for electric vehicle (EV) purchases, provided they are produced in a certain way and a certain place. These incentives could significantly reshape not only the EV industry, but also many mineral supply chains feeding it.

The strategic intention is right. The entire EV value chain – from mining and processing raw materials to developing cells and batteries – is heavily concentrated. China, above all, dominates across all segments: some three-quarters of the world’s production capacity for battery cells, around 70% of cathode capacity, and 85% of anode capacity; in addition, more than 50% of the global raw material processing of lithium, cobalt and graphite are located in China. This over-dependence of a strategically important green industry is an unacceptable risk to the resilience of the global economy, especially when Xi Jinping holds the strings of power.

But while the IRA speaks of diversification and resilience, its focus on cutting China out of the entire industry complicates its effectiveness. To get the tax credit, EVs must be assembled in North America and no critical minerals may be sourced from a “foreign entity of concern,” including China and Russia. Further, half the tax credit is granted only if 40% of minerals used in the batteries were extracted or processed in the United States or in a partner country with a free trade agreement – a chapeau which will increase to 80% in 2027. The other half is conditional on some of the battery components being manufactured in North America.

These are extremely tight deadlines and ratios to procure vast amounts of critical minerals, especially since new mining operations take on average 16 years from discovery to first production. While for most minerals, proven reserves show that significant opportunities exist to diversify the China dependence, the IRA artificially limits America’s preferred mineral suppliers to a handful of privileged free trade partners. How Central and Latin American as well as Asia-Pacific nations which hold key reserves can be part of this effort remains unclear. Whether those nations (including European ones) of the recently launched and US-initiated Mineral Security Partnership will be part of this in-group also remains uncertain. Even if the “friend-shoring” circle is expanded, however, China’s dominance across some raw material supply chains is likely to be sticky for some time. A corresponding strategy which would direct significant resources to boost global mineral capacities is thus essential – but not visible thus far. The focus on cutting out China, rather than ensuring a more resilient global raw mineral system as a whole, may thus ultimately undermine the objective of the measure.

Of even greater concern is the IRA’s local manufacturing requirements. Seoul and Brussels already indicated that the provision may violate WTO rules and could see them bring a case against Washington. While the WTO remains paralyzed, the EU has in the meantime upgraded its powers to impose counter-measures in situations where trade partners violate international trade rules. Whether the EU would be willing to walk that walk remains politically open – but the protectionist flavour of the IRA is already causing serious tensions in transatlantic trade which had just re-entered a positive upward dynamic through the Trade and Technology Council and other settlements. The damage to transatlantic relations could be severe if these issues cannot be solved.

Not seeing eye to eye

It is becoming increasingly visible that views about how to boost economic security are diverging in Washington and Europe. But there is also concern in Seoul and Tokyo. Squaring the circle of economic security which advances competitiveness, resilience, and autonomy at the same time is no easy feat – simply cutting out China is no shortcut, however.

This strategic divide is already complicating the Western alliance. The recently announced Chip4 Alliance – a US-led initiative with South Korea, Japan, and Taiwan on semiconductor cooperation – has laid bare these inconsistencies. Cloaked in language of “supply chain security,” the initiative sparked critics in Seoul (and Taipei) to argue that the main objective was in fact to isolate China, a strategic challenger but equally an unparalleled economic powerhouse for her neighbours. Rather than decouple from China, they argued for improving global supply chain resilience by boosting information and technical exchanges.

The latest export controls out of Washington seem to confirm some of these worries. As the US pushes its vision of China-centric economic security (to which some allies now agree but with gritted teeth), it seems to offer too little in return in terms of diversification options. More importantly, the overall direction of US industrial policy seems disconnected from the diplomatic overtures of allied- or friend-shoring. These fault lines could hamper closer cooperation.

Decreasing critical dependencies has become a priority objective in Brussels, Berlin, and Paris. But there is a different flavour between tackling critical dependencies – in minerals, energy, or specific technologies – and what may look like an agenda of keeping China’s overall technological ability arrested. While Europe and other allies are likely to comply with the control regime due to the deep integration of US products across the semiconductor supply chain, resentment over the lack of autonomy may grow, nonetheless.. America’s transatlantic partners must therefore clarify three economic security principles.

First, economic security must focus on resilience of vital supply chains and the global economy as a whole. Of course, Beijing’s relentless drive for self-reliance and its economic coercion upset our resilience. But while some risks are country-specific – such as risks from China’s legal system or authoritarian ambitions – many more are country-agnostic: supply chain concentrations from single geographies, single facilities, single companies, or single technologies, for example. Environmental considerations, too, have become severe risk factors to resilient economies, as evidenced by the historical droughts and heatwaves wreaking havoc across Europe’s industrial and energy supply chains. Policymakers should more carefully decipher the different elements of economic security to arrive at goal-oriented, not country-specific policies.

Second, both the EU and US should seek consistency in their economic security interpretations. Economic security partnerships are booming. The EU is rolling out Trade and Technology Councils, new energy alliances, and critical mineral partnerships. The US, next to the Chips4, is linking old and new allies in the Indo-Pacific Economic Framework, the I2U2, the Quad, or the US-Japan Economic 2+2. China, for its part, is strengthening and expanding the BRICS and the Shanghai Cooperation Organization. While concrete policy (such as market openings) may sometimes be lacking from these groupings, it is here where new norms about the threats and opportunities in a changing global economy are formed. Rather than competing over interpretations, like-minded partners must aim to remain broadly aligned on their interpretation of economic security or risk further fragmentation.

Third, economic security is effective only when shared with allies and the wider global economy. The transatlantic alliance must channel resources to targeted needs and vulnerabilities, such as strategic supply chokepoints or emerging innovation clusters and value chain. While this is the stated objective of the Trade and Technology Council, clear deliverables to that effect remain scarce. Boosting international capacities of critical minerals, for example, will require joint transatlantic financial firepower. Both Brussels and Washington have committed to this action on paper – including in the Mineral Security Partnership – but must ensure these partnerships are not empty shells and will generate real investments in new capacities and alignment of standards. Transatlantic economic security will demand information sharing, technical standardisation, joint investments, financial guarantees, and common research programmes to benefit the overall resilience of supply chains.

The task of ensuring economic security in a geoeconomic age is only beginning, therefore. Washington and Brussels must make sure they are pulling in the same direction.