At the federal level, Brazil has made great strides in combatting gender-based violence (GBV) in recent years by passing groundbreaking legislation on domestic violence, femicide, and other forms of violence against women. However, Brazil continues to be one of the most dangerous countries for women and there is still much to be done, particularly at the sub-national level. This infographic analyzes state-level initiatives across the states with the highest levels of femicide to understand the diverse ways that state actors are finding to combat gender-based violence across such a large and diverse territory.

Over the past several years, Brazil’s federal government passed the 2006 Maria da Penha Law, which instituted a wide variety of measures to prevent and prosecute domestic violence and is perhaps the country’s most sweeping legislative effort in the GBV space. The government has also adopted additional measures since 2006, including the Law of Femicide (2015) and Law 14.188 (2021), which criminalize femicide and psychological gender-based violence, respectively.

However, violence against women—especially femicide—has persisted at high levels in the past decade. Brazil consistently ranks as one of the most dangerous countries in the Americas and globally for gender-based violence. In 2016, estimates indicate that over 12 women were killed per day in Brazil – an average female homicide rate of 4.43, which ranked 13th among global rates for the year. Sadly, Brazil is also one of the most violent countries for LGBTQ+ people. According to global data collected between October 2019 and September 2020, Brazil witnessed the highest number of murders of trans and gender diverse people of any country, having reported 43 percent of the global total.

This disparity—between legislative advances and the on-the-ground lived experiences of women—is particularly pronounced in a such a geographically vast and diverse country like Brazil. For instance, nearly 60 percent of homicides of women are classified as femicides in Mato Grosso, compared to only 8 percent of those in Ceará. Such variation suggests that each state must tailor policies to adapt to its specific context, including population demographics, sources of violence, and opportunities for change. For this reason, this infographic documents initiatives developed thus far by state-level governments in Brazil to fight gender-based violence. 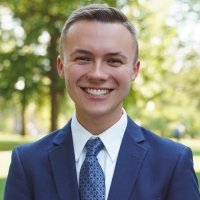