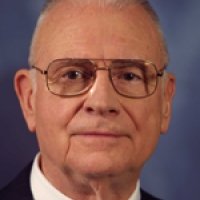 Five years after 9/11, former Congressman and 9/11 Commission Vice Chairman Lee Hamilton looks at what has and has not changed for the United States.

When the first of four hijacked airliners plowed into the World Trade Center on September 11, 2001, history made one of its periodic pivots. Indeed, politicians and commentators like to refer to our "post-9/11 world." Yet what is often overlooked is how similar the post-9/11 world is to the pre-9/11 world.

The United States remains the world's preeminent military, economic, technological, and cultural power. Yet despite our aggressive posture since 9/11, our ability to initiate dramatic change abroad remains limited. And despite widespread global opposition to some American policies, no bloc of nations has coalesced to challenge U.S. hegemony. The fundamental calculus remains the same as it was before 9/11: to tackle global challenges, the world needs America's leadership, and America needs the cooperation of friends and allies.

The shifting alignment of the world's great powers continues on the same trajectory that it was following before 9/11. China and India are on the rise economically, and as players on the world stage. The European Union has continued its process of enlargement. Russia is still struggling to reassert itself as a world power, lurching between democracy and authoritarianism. Countries like Canada, Brazil, and Indonesia are finding their voice in international affairs.

U.S. alliances remain more or less the same. We have drawn closer to Pakistan, and sought alliances with new governments in Afghanistan and Iraq. But our traditional partnerships are intact. The United Kingdom and the U.S. continue to have a "special relationship." Despite tensions, Europe remains essential to U.S. diplomacy—whether brokering a cease-fire in Lebanon, or negotiating with Iran over its nuclear program. Japan is our closest partner in Asia. Jordan, Egypt, and Saudi Arabia are strategic allies in the Middle East. The U.S.- Israeli friendship is strong.

Meanwhile, the world is still plagued by the same intractable conflicts. In Kashmir, India, and Pakistan remain locked in their dangerous standoff. On the Korean peninsula, North Korea continues its isolation and nuclear development. In Sudan, a war that raged before 9/11 has only spawned more violence and more suffering, notably in Darfur. The Arab-Israeli conflict rages on, with recent events in Lebanon recalling the violence of the 1980s. Sadly, the horrific killing on 9/11 has not propelled parties to the peace table.

Above all, globalization continues at the same breathtaking pace. The growing inter-connectedness among people, technology, telecommunications, transportation, capital flows, education, goods and services was not halted—or even substantially disrupted—by 9/11. Terrorism itself is part of the globalization story, as the rise of radical Islam is—in part—a response to globalization, and because the ability to travel, communicate, and network across borders enables complex terrorist operations and recruitment.

Yet despite this constancy, the world is a far more dangerous place than it was on September 10, 2001. The United States is a target for al Qaeda and myriad terrorist groups. Political Islam is on the rise, with Islamist parties winning elections and a radicalization of young Muslims from Indonesia to London. Troubling sectarian violence—notably between Shia and Sunni Muslims—is bubbling over, particularly in Iraq. Anti-Americanism is at an unprecedented level. People are mad because they lack opportunity, and because they flat out dislike American policies. Across the globe—and particularly in the Islamic world—there is a swelling turmoil.

America is struggling to manage this turmoil. We have undertaken regime change and nation building in Afghanistan and Iraq, but the outcome of these efforts is still very much in doubt. Our resources are stretched thin, as our military bears a heavy burden, and our budgets have been busted by military and homeland security spending. At home, we have struggled to strike the balance between security and liberty, with unprecedented new powers of surveillance and detention claimed by the President. Sadly, our political debate has grown only more polarized.

9/11 has not had the same reverberations as World Wars I and II, or the end of the Cold War. America has not reshaped the world, and the world has not reshaped America. But that does not mean that the challenges brought on by 9/11 are not momentous. The challenge for the United States is managing and mitigating the turmoil in the world, while taking steps to keep the American people safe. Indeed, how we confront that challenge will have far more consequences than 9/11.