Food Insecurity in Palestine: A Future for Farmers 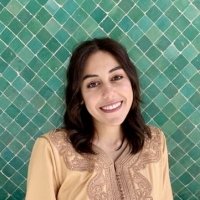 Food security is a crucial step for Palestinian self-determination. While Palestinians were once self-sufficient, the Israeli government’s seizure of land to allocate space for more settlers resulted in Palestinian dependence on Israeli food systems and severe food insecurity. The United Nations Committee on World Food Security has defined food security as “all people, at all times, have physical, social, and economic access to sufficient, safe, and nutritious food that meets their food preferences and dietary needs for an active and healthy life.” In the United States, for example, food insecurity especially affects poorer people and disproportionately people of color. 10.5 percent of American households are food insecure according to the Economic Research Service. In Palestine, the working class is similarly suffering from food insecurity, and according to the World Food Program (WFP), food insecurity currently affects 40 percent of Palestinians in the West Bank and 60 percent of Palestinians in Gaza, not including refugees.

Due to barriers established to separate Israeli and Palestinian land, many Palestinian owned farms have been lost to the Israeli side of borders, and they are forced to try to obtain a permit to use their own land.

Despite the high number of food insecure Palestinians, the agricultural sector only made up one percent of the Palestinian Authority’s (PA) annual budget in 2015. Contrastingly, 26 percent was allocated to the security sector. The Palestinian Reform and Development Plan of 2007, developed in collaboration with the PA and the UN, resulted in significant cuts to public spending, including the budget allocated towards agriculture. This plan hit the Palestinian working class especially hard, who face agricultural barriers both internally and externally. Further, due to the Trump Administration’s drastic policy changes regarding US aid to Palestinians, international aid for agriculture currently accounts for a mere 0.7 percent of international assistance to the Occupied Palestinian Territories, a significant drop in recent years according to Al-Shabaka. Due to barriers established to separate Israeli and Palestinian land, many Palestinian owned farms have been lost to the Israeli side of borders, and they are forced to try to obtain a permit to use their own land. This prevents Palestinians from being able to plant the food they need to survive. 82.5 percent of Palestinian imports and 55 percent of Palestinian exports come from Israel, forcing Palestinian markets to rely on them. The area known as the buffer zone between Israel and the Gaza Strip extends to around 1,000 kilometers, taking away 29 percent of Gazan farming land. This barrier has severely affected Gazan food security, forcing citizens to rely on Israeli products and international aid.

Dating prior to the establishment of the Israeli state, farming has been an integral driver of the Palestinian economy, particularly their production of plums, olives, olive oil, dates, and grapes, even producing more than Israel. In 1967, the West Bank exported 80 percent of their crops, as well as 45 percent of fruits produced. Today, farming only accounts for 4.8 percent of Gaza’s GDP and 2.6 percent of the West Bank’s, according to a 2018 study by the International Labour Organization (ILO). Additionally, according to the Food and Agriculture Organization of the United Nations (FAO), “an estimated 40 percent of rural Palestinian women at working age carry out unpaid work” in the agricultural and farming sectors specifically, and most of their work is considered informal. Their labor is thus not included in Palestine’s GDP. Unpaid agricultural labor increases women’s food insecurity by further preventing them from obtaining food and forcing them to rely on other methods.

Palestinians are forced to rely on privatized Israeli water that is often unaffordable.

A lack of access to water also obstructs Palestinian food security, as the Israeli West Bank Barrier isolates 95 percent of Palestinians from the water sources they historically used. Palestinians are forced to rely on privatized Israeli water that is often unaffordable. This dependency is a result of the 1995 Interim Agreement on the West Bank and Gaza Strip, also known as the Oslo II Accord. The agreement between Israel and the PA included several environmental protection segments, including the Article 40 on Water and Sewage. In the agreement, Israel recognized Palestinian rights to water and granted the PA limited control over resources. The Joint Water Committee (JWC) was established to divide control over water resources between Israel and the PA. This was the last major negotiation over water rights in Palestine, and the JWC has not been implemented, resulting in 85 percent of Palestinian water sources controlled by Israel forces in the West Bank. According to the World Bank, ″The JWC does not function as a ‘joint’ water resource governance institution because of fundamental asymmetries - of power, of capacity, of information, of interests – that prevent the development of a consensual approach to resolving water management conflicts.″ As Palestinian agriculture is dependent on irrigation, this is a major issue. In addition to the water used for irrigation, the vast majority (95 percent) of water in Palestinian homes is non-potable, affecting over two million Palestinians in Gaza. Finally, water that was previously free for Palestinians is now inaccessible, further harming Palestinian farming.

Another obstacle facing Palestinian farmers today is lack of access to markets, both locally and externally. Palestinians are required by Israel to obtain a permit in order to transport goods; this has become increasingly difficult due to Israel’s closure of East Jerusalem as well as the many checkpoints Palestinians must go through. Additionally, admission through checkpoints is not guaranteed. The Protocol on Economic Relations, a 1994 agreement between Israel and the Palestinian Liberation Organization, also known as the Paris Protocol, allowed the Palestinian economy to integrate into Israel, giving Israel control over what goes in and out of its borders. This enables Israel to label and export products made in the occupied Palestinian Territories as Israeli products, with Palestinian farmers receiving little to none of the profits. The inability to brand Palestinian produce reduces its marketability, especially elsewhere in the Middle East.

Palestinian NGOs are stepping up to provide funding for communal food projects, as well as supporting farmers in the fight against land grabs.

In sum, to achieve Palestinian food security, Palestinian farmers must have land to farm or be compensated for the farms they lost, Israeli barriers to water access must be removed, and all agricultural workers must be compensated. If Palestinians are granted access to sell their produce, the agricultural sector could once again become a key sector. With limited funding and support from the PA, Palestinian NGOs are stepping up to provide funding for communal food projects, as well as supporting farmers in the fight against land grabs. Certain grassroots organizations have also implemented innovative approaches such as agroecology, which “works with solutions that conserve above and below ground biodiversity as well as cultural and knowledge diversity with a focus on women’s and youth’s role in agriculture.” Palestinians are trying to do their part to feed themselves, including growing their own produce in their home gardens.  If Israel wants to see a two-state solution come to fruition, it must take steps that are supported by the U.S. and international community to lift the barriers to access for Palestinian farmers and encourage farm exports. This will address food insecurity and establish a floor for the Palestinian economy.