For India, Achieving the Next Generation of Maternal Health Goals Requires New Approaches 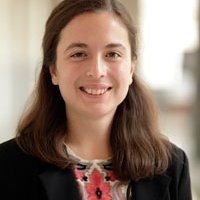 Achieving the next generation of maternal health goals in India will require innovative new approaches to stubborn problems, said experts at a workshop in Mumbai organized by the Wilson Center and Maternal Health Task Force.

Achieving the next generation of maternal health goals in India, which accounts for almost 15 percent of maternal deaths around the world each year, will require innovative new approaches to stubborn problems.

“We have gone through the low-hanging fruit,” said Aparajita Gogoi, national coordinator of White Ribbon Alliance India, to a room full of maternal health experts in Mumbai in February. “We have reached a saturation point and will plateau unless we address quality in a broader sense.”

Gogoi addressed 45 researchers, practitioners, and advocates from across India, and a few from beyond its borders, at the new Mumbai outpost of the Harvard T.H. Chan School of Public Health as part of a two-day workshop organized by the Wilson Center and Maternal Health Task Force.

In a country as sprawling and diverse as India, improving maternal health outcomes may seem like a daunting task. Yet, the country nearly achieved the ambitious Millennium Development Goal (MDG) to reduce the maternal mortality ratio by three quarters from 1990 to 2015, with a decline from 556 deaths per 100,000 live births to 174.

The new target of the Sustainable Development Goals, which took over for the MDGs in 2016, is to reduce the global maternal mortality ratio to less than 70 per 100,000 live births by 2030 and reduce national mortality rates by at least two thirds from 2010 baselines. Doing so in India, while addressing the bevy of other maternal health-related SDG targets, will require a greater focus on equity.

Aggregated national data obscures steep differences across socioeconomic lines, said experts. Not to mention, the mortality ratio alone does not provide a complete picture of the state of maternal health, leaving out quality of care and morbidities, among other challenges.

One notable improvement during the MDG era in India was the increase in institutional deliveries. As of 2013, 83 percent of children were delivered in institutions. Workshop participants largely attributed this to the Janani Suraksha Yojana (JSY) and the Accredited Social Health Activist (ASHA) programs.

Launched by the National Rural Health Mission in 2005, JSY is a conditional cash transfer program that offers financial incentives for pregnant women to use maternal health services and give birth at a medical facility. Also implemented by the National Rural Health Mission, the ASHA program trains rural women to act as liaisons between expectant mothers and the public health system, guiding them through the process and answering questions.

According to workshop participants, though, too many poor women with little education – the targets of the JSY program in particular – are still being left behind. These women do not always receive payments, they said, due to administrative lags, and many are not able to travel to a health facility even if they do, thanks to poor roads and distant hospitals.

Women in urban areas face different access challenges. As explored in a similar workshop convened in New Delhi by the Wilson Center, Maternal Health Task Force, United Nations Population Fund, and Population Foundation of India in 2013, India is urbanizing at a rate that is overwhelming many municipal governments. According to the minister of state for urban development, 60 percent of the population will live in cities by 2050. A dearth of quality, affordable, and accessible health services often greets women moving into informal settlement areas, exacerbating existing socioeconomic disparities and creating an “urban disadvantage.” Safety is also a major concern for urban women, who may have a theoretically short trip to the nearest clinic but must pass through dangerous areas, as well as find child care, said workshop participants.

Furthermore, some women do not want to give birth in a hospital due to experiences with and perceptions of poor quality of care and disrespect. Many workshop participants expressed concern that moving from home deliveries attended by traditional birth attendants to institutional deliveries, without a proportional investment in health infrastructure and workforce training, has turned facilities into “factories.”

Innovating to Put Women at the Center

The good news is that researchers, advocates, and practitioners all over the country are rising to the challenge of designing and implementing interventions that are patient-centered and cognizant of the sociocultural determinants of health.

In the west-central state of Maharashtra, the United Nations Population Fund (UNFPA) and Maharashtra University of Health Sciences are working with medical colleges to dispel myths from textbooks and improve “gender sensitization and awareness” in the curriculum.

Some textbooks claim “spinsters, childless married women, and those who have not suckled their children” are the usual sufferers of breast cancer

Anuja Gulati, UNFPA’s state program coordinator for Maharashtra, described textbooks filled with sexist myths such as “spinsters, childless married women, and those who have not suckled their children” are the usual sufferers of breast cancer. UNFPA created a chapter for medical textbooks that includes modern information about maternal health as well as other related issues like gender-based violence and sex-selective abortion.

Other organizations are working directly with patients. The Foundation for Mother and Child Health is setting up “pregnancy clubs” run by local women. During meetings, expectant mothers share knowledge about sex, nutrition, and health services among a trusted group of people, helping to ensure that no mother is left behind.

The White Ribbon Alliance has developed a tool that allows women to call a toll-free line to report on the quality of care they received during labor and delivery at a facility. The project has been piloted in Jharkhand, a state with a maternal mortality ratio of 219, and women have been eager to participate, said Gogoi. Thus far, 73,000 women have made reports.

Preliminary results indicate that women measure quality of care in terms of timeliness, respectful care without abuse (maintaining comfort, privacy, and confidentiality), and cleanliness of the facility, she said. One unanticipated finding was that it’s important to many women that hospitals have food, since they may have to spend several days there. The White Ribbon Alliance used the feedback to generate a patient satisfaction dashboard that they then took to hospital managers.

Several workshop participants agreed on the importance of participatory feedback and community engagement. Moving from a strictly medical approach, focused on clinical interventions, to a community health approach is necessary to close the remaining maternal health gaps across this sub-continent. In many cases moving beyond low-hanging fruit will require addressing women’s interactions with their environment, culture, religion, and social networks.

Such a change requires political will, and there’s considerable work to be done on that front, said Dr. Beena Joshi from the National Institute for Research in Reproductive Health.

Before recent state legislative assembly elections, many candidates prepared manifestos on health but none mentioned women’s health, primary care, or the continuum of care, she said. Meanwhile, the lead story of The Times of India on February 13 was “Space Odyssey: India Plans Trips to Venus, Mars,” reflecting a national excitement over India’s surging space program. When women are dying every day from giving life here on Earth, what do these silences say about our priorities, asked Joshi.

Getting better data to government officials, empowering women as advocates, and combatting systemic sexism are the best ways to save mothers and newborns and change the headlines.