Skip to main content
Support
Explore More
Close
Audio
Historical Memory
They Were Supposed to Party Like It Was 1999... AND 1945
Share on FacebookShare on TwitterShare via Email
SharePrint
Article 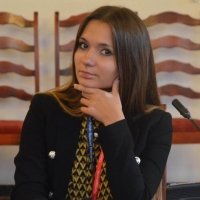 Olga Irisova is a Galina Starovoitova Fellow on Human Rights and Conflict Resolution with the Kennan Institute. She is also Editor-in-Chief of the online journal "Riddle." She has focused her research on the topic of propaganda and disinformation in Russia, and recently shared with us reflections on her time at the Kennan Institute. 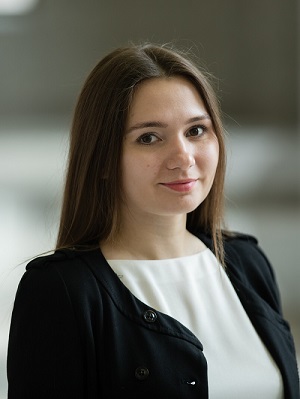 I’ve been working on the topic of propaganda and disinformation/misinformation since 2011. During these 8 years, I’ve studied this issue from the perspective of political and media studies. Drawing on the example of Russia, I’ve analyzed how authoritarian policies affect the media environment, what messages and frames are the most effective in terms of shaping the narratives useful for ruling elites, how society reacts to certain propaganda messages, and what sentiments and rooted views are involved. Since the end of 2017, I have begun to examine existing studies in cognitive and social psychology that are applicable to my research interests, including works by A. Tversky, G.A. Miller, D. Kahneman, G. Lakoff, M. Brownstein, R. Sapolsky, D. Levitin, A. Sloman, A. Gopnik, and others. Their works inspired me to look at the topic from different angles; for example, how political forces and the media can implant cognitive biases into broad segments of the Russian population through framing of information and psychological manipulations as well as how existing biases are exploited and strengthened. One illustration of this is how the Russian authority’s information policy uses these tactics to create an image of the internal “Other.”

I applied for a Kennan Institute Fellowship because it provides everything a researcher needs, including work space, valuable networking, access to many U.S. libraries and online versions of academic journals, and most importantly time and an inspiring environment for pure research, whether it’s for a new project or an extension of a previous one.

The title of my project is “Improving Western Strategy of Combating Disinformation Campaigns: Cognitive Science Instead of Technical Debunking as a Key Solution to the Problem.” After Russia annexed Crimea and waged a war in Eastern Ukraine by supporting it with a large-scale disinformation campaign, the topic of Kremlin propaganda became a popular and challenging issue. Organizations all over the West acknowledged Kremlin propaganda to be a threat to liberal democracy – especially after 2016 when, via constructing certain narratives, the Kremlin allegedly tried to affect voters’ electoral preferences in the U.S. Since then, hundreds of initiatives aimed at combatting Kremlin propaganda appeared. Some of them address the problem of Kremlin propaganda exclusively, while others focus on disinformation in general, whether it originated from outside (e.g. from Russia, China, etc.) or inside. Most of these initiatives have already been implemented for several years by now, and I’ve concluded that now is the time to discuss them and their effectiveness. My current research focuses on the intersection of cognitive science and media/policy studies, and it is aimed at analyzing weak and strong sides of counter-disinformation initiatives as well as prospective solutions to the problem such as educating people about how to think and not what to think.

As someone who is from Russia, the topic of countering disinformation has always been interesting to me. During Soviet times, Russian citizens were victims of the state-imposed tactic of manipulation of mass-consciousness; in the 2000s, similar (but not identical) practices appeared again. As more people grow dissatisfied with Kremlin TV channels and official propaganda narratives, many inside the country are thinking about possible solutions to the problem of disinformation, which Russians have been bombarded with for many years and has certainly affected the cognitive frames of many people.  Some Russian independent organizations are already trying to deal with Kremlin narratives not only by creating independent content but also by using other methods popular in the West, such as exposing Kremlin fake content. Therefore, the analysis of the effectiveness of such methods is of interest to both myself and Russian society as a whole.

Q: Why do you believe your research matters to a wider audience?

With globalization as well as the rapid spread of social media as a tool where everyone can produce and share content, the problem of disinformation and trust in unscientific and biased information becomes a challenging issue for all societies. It has not only political implications but also broad social consequences (the rise of anti-vaccine movements, HIV-deniers spreading their conspiracies, etc.). Many societies, but probably not all authorities, are equally interested in addressing this problem as quickly, efficiently, and effectively as possible. I’m interested not in the reaction to disinformation/misinformation, but whether it is possible to do something that would help people improve their own mechanisms to critically perceive information. I feel that one can’t fully understand the challenges that dis/misinformation pose without studying psycho-physiological aspects of the problem. This would mean understanding questions such as why people believe in fakes, how they rationalize them, how different kinds of prejudices affect perception, and more. In my work, I address these questions while also analyzing the effectiveness of counter-disinformation initiatives.

The field of cognitive science is rapidly developing, and more and more people and institutions are engaged in studies of cognition and perception. It’s challenging to stay up-to-date with everything new that is being produced in this field while at the same time following developments in the field of media studies. But I think it’s a common problem that everyone who works on multi-disciplinary projects faces.

I hope my research will contribute to a better understanding of the phenomenon of current dis/misinformation. My research entails a multidisciplinary approach that combines an in-depth examination of the political environment, media practices, and cognition that I hope can provide us with practical tools to help reduce personal and social vulnerabilities.