Skip to main content
Support
Explore More
Close
Event
Economics and Globalization
Reaching Across the Pacific: Latin America and Asia in the New Century
On Thursday, June 20, 2013 at 8:45 – 1:00 ET
Share on FacebookShare on TwitterShare via Email
SharePrint
Article

This article provides an overview of the LAP event held on June 20th, 2013, "Reaching Across the Pacific: Latin America and Asia in the New Century."

The keynote address was given by former Colombian Ambassador to the United States and current Inter-American Development Bank President, Luis Alberto Moreno. He began his speech by identifying that Latin America has the resources that a rapidly-growing Asia needs. “If current trends continue, Asia will be Latin America’s largest trading partner in four years.”

He further elaborated that there was much more work to be done between the two economically vital regions. He stated that trade costs were still high, and tariffs were still a problem for some nations. He also said that even though the regions had few cultural and political similarities, they both had the challenge of maintaining all-inclusive, environmentally friendly, and sustainable growth. He posited that the two regions have much more in common than just economics—for example, as economies rise and the population begins to shift toward urban areas, smart city development is needed. This is occurring in both regions.

Each panelist then spoke about a Latin American country they were most familiar with. Most every speaker talked about China’s meteoric rise and its insatiable demand for more resources. In fact, former Chilean Ambassador Jorge Heine noted that this was the first time in 200 years that Latin American did not drop simultaneously as larger North American economies did during the Great Recession. This was due to its dramatically increased ties with Asia, specifically China’s incredible consumption of resources.

For the full article by Diplomatic Courier Blog, clickhere. 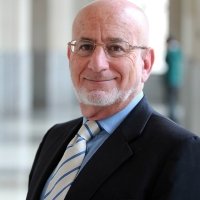