No Exit from Brexit

The United Kingdom left the European Union formally on January 31, 2020, but after an 11-month transition period the new UK-EU relationship truly began on January 1, 2021. Brexit is a defining moment for Britain’s relations with the rest of Europe, even perhaps for its future as a united kingdom of England, Wales, Scotland, and Northern Ireland. It will affect its strategic partnership with the United States and many countries around the globe. It is also significant for the EU. Just to take one example, having lost the UK, EU capital markets have now shrunk from just over a fifth of global activity to just 13%, the same size as China.

On Christmas Eve, 2020, the UK and the EU concluded a Trade and Cooperation Agreement (TCA) regulating their future trading relationship. The deal provides tariff- and quota-free trade in goods between the two sides, which is more than the EU has offered any other advanced economy. The price was UK agreement not to undercut EU labor and environment standards and a commitment not to provide excessive subsidies to the private sector.

Although tariff-free, goods trade now faces a hard customs and regulatory border between the EU and the UK. UK and EU firms cannot assume that they can sell their goods in the other’s market simply because those products have been approved by their own respective regulators. Extra red tape could cost British businesses around $23 billion a year and EU-based businesses about $19 billion, according to estimates from law firm Clifford Chance.

Notably, the tensions at the border are likely to get worse before they get better: initial UK grace periods for customs and sanitary checks on imports will end in the coming months, subjecting even more trade to potential delays.

The deal treats Northern Ireland, which is part of the UK, as within the EU customs area to prevent the need for a hard border on the island of Ireland, but requires checks on goods going from Britain to Northern Ireland, essentially creating a customs border in the middle of the Irish Sea.

Fisheries negotiations were contentious. The deal creates a five-and-a-half-year transition period during which EU fishing rights in UK waters ($730 million per year) will be reduced by one quarter, with British quotas increased by a corresponding amount. After the transition, access will depend on annual negotiations, such as those the EU already has with Norway.

In February 2021 the European Commission made a provisional determination – still requiring approval by EU data protection authorities and member states – that the UK appeared to offer “essentially equivalent” data protection standards to the EU. The Commission signaled, however, that it would impose “clear and strict” checks on the UK’s handling of personal data, and would review the decision every four years. The ruling could be annulled should London be deemed to have departed from EU privacy standards. It could also prove vulnerable to legal challenges at the European Court of Justice.

The movement of people has been constrained. Britons and EU citizens no longer have the right to go to the other’s territory to work and live there on the same basis as the country’s own citizens. Piecemeal visa-waiver arrangements and national right-to-work rules are now in force. UK professional services providers, such as doctors, engineers and architects, have lost their ability to automatically work in the EU; they must have their qualifications recognized in each EU member state where they want to work.

Significantly, the TCA does not include meaningful provisions for trade in services, which make up some 80% of the British economy. The UK has granted temporary permission to EU firms offering a range of financial services to UK clients, but the EU has done the same only for clearing and settlement of some financial assets through UK exchanges, because a sudden loss of access would threaten the stability of the financial system. London handles about 90% of all deals in clearing houses, which prevent defaults from igniting chain reactions across markets. The EU has made clear, however, that it expects banks to move their euro-denominated trades into the bloc by mid-2022.

The impact has already been dramatic. In January 2021, €6.5 billion in deals shifted immediately from the UK to the EU. Amsterdam surpassed London as Europe’s largest share trading center as it recorded a fourfold increase in average traded shares per day, rising to €9.2 billion, and London lost half of its daily average value of traded shares, down to €8.6 billion. Amsterdam has also picked up activity in swaps and sovereign debt markets that typically used to take place in London. Even before January 2021, EY estimated banks had shifted €1.6 trillion in assets and sovereign debt trading to cities such as Frankfurt, Amsterdam, and Milan that would typically have taken place on venues in London. More than £4 billion, or $5.3 billion, of insurance premium income in 2019 that would typically be handled in London was written in new hubs such as Brussels.

At the end of March the two parties agreed to a memorandum of understanding on financial services that will establish a Joint EU-UK Financial Regulatory Forum to facilitate regulatory cooperation. The Forum is similar is to what the EU has in place with the U.S. and Japan, although the language regarding cooperation in the EU-UK platform is weaker than that between the EU and the United States. As EU and UK regulations diverge, the possibility is fading that the EU will recognize the UK’s rules as “equivalent,” which would allow the financial industry to trade across the UK-EU border. The stakes are high: Britain sells roughly £30 billion, or $40 billion, of financial services to the EU each year. It ran a surplus of £18 billion, or $24 billion, on trade in financial and other services with the EU in 2019, but a deficit of £97 billion, or $129 billion, on trade in goods.

EY further estimates that about 10,000 City jobs – 4% of the total – have either been shifted to various EU cities such as Dublin, Luxembourg, Frankfurt, Paris and Amsterdam, or been displaced by firms choosing to add new roles there rather than London. Still, while some jobs have left, others have moved in. Bovill, a regulatory consultancy, found that more than 1,400 EU-based companies have applied for permission to operate in the UK after Brexit.

Despite these hiccups, financial services remain one of the UK’s key industries, and London remains Europe’s main financial center and a dominant force in global finance. The City accounts for 43% of the turnover in the $6.6 trillion-a-day foreign exchange market and half of the daily $6.5 trillion traded in interest rate derivatives. Portfolio managers in London oversee about £8.5 trillion, or $11.3 trillion, in assets for savers in funds and mandates, making the UK the primary investment management center in Europe and the second-largest globally after the United States.

Nonetheless, Brexit’s difficulties have exacerbated the pandemic-induced challenges facing companies on both sides of the English Channel, as real EU GDP dropped by 6.2%, and the UK’s headline GDP fell by 9.9%, in 2020. The immediate cost to the UK of lost access to the EU has been estimated at about 1% of national income. Over 15 years, Brexit will leave Britain facing a further 4% loss of potential gross domestic product compared to an alternative baseline of remaining an EU member, according to the UK’s Office for Budget Responsibility. Moreover, since so little was determined by the time the UK left the EU, the two parties are certain to be engaged in continuous negotiations, much like the EU and Switzerland have done for decades. However those talks may evolve, there will be no exit from Brexit. Denis MacShane, a former UK minister for Europe, calls it “Brexiternity.” 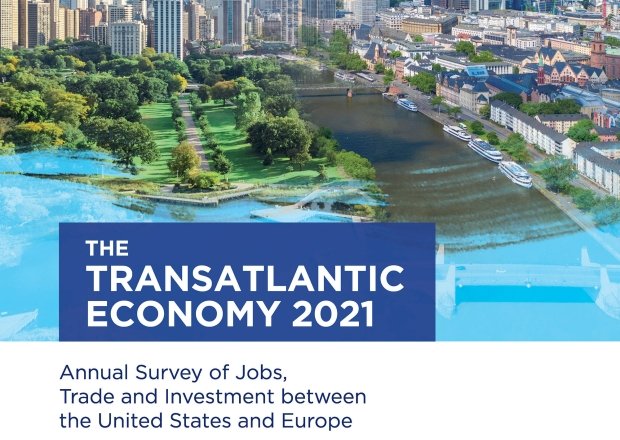