“No Votes for You”: How the AKP’s Targeting of the LGBT Community May Alienate Turkey’s Youth at the Ballot Box 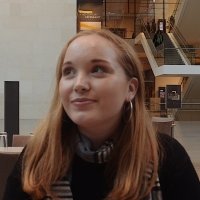 Over the last decade, leaders from Turkey's Justice and Development Party have grown increasingly hostile toward the LGBT community. In response, youth are demonstrating in support of LGBT rights, which may impact future elections.

In 2002, then Justice and Development Party (AKP) Chairman hopeful Recep Tayyip Erdoğan was asked his opinion on gay rights in an appearance on “Genç Bakış,” a TV show that hosted university students and politicians in a town hall style forum. He told viewers, “It is necessary that LGBT’s are recognized before the law in the light of their rights and freedoms.” Confident that their government would support them, a small group of thirty marchers led Istanbul’s first legal pride parade in 2003. The march grew significantly every year, and by the 2013 parade, journalists and researchers estimated that up to 100,000 people were in attendance.

However, during the same period, the AKP began to target voices of civic opposition throughout a years-long investigation of an alleged 2011 coup scheme. Their crackdown then intensified after the widespread 2013 Gezi Park protests, when opposition figures and activists mounted large demonstrations criticizing the regime. The forced eviction of demonstrators led to even stronger opposition protests against the government.

Over the past several years, LGBT persons have increasingly faced state-sponsored discrimination and violence, both of which escalated during the Covid-19 pandemic.

Young and outspoken anti-AKP demonstrators from Turkey’s LGBT community quickly became political targets, as well. The city of Istanbul enacted a ban on pride parades after record-breaking turnout in 2013 and 2014, which has since been renewed on a yearly basis. Over the past several years, LGBT persons have increasingly faced state-sponsored discrimination and violence, both of which escalated during the Covid-19 pandemic; the head of the Directorate for Religious Affairs even blamed the pandemic on LGBT individuals and those with HIV-AIDS.

More than half of Turkey’s population is under the age of thirty with those in Generation Z accounting for just over a fifth of Turkey’s voting population. According to Turkey experts, these two generations have an expanded view of LGBT rights and bear more frustration toward the Erdoğan administration as compared to their older countrymen. This year, Turkish polling firm Gezici found that Generation Z voters ages 18-25 “strongly oppose clampdowns on lifestyles, free expression and the media.” Murat Gezici, the head of the firm, added that, “80 percent of this generation will not be voting for the AK Party.” This is a logical conclusion, given that, growing up, Turkey’s youth witnessed and experienced rising discrimination and violence against religious, ethnic, and sexual minorities. Some also participated in what have become seemingly yearly protests against the government, with the largest being the 2013 Gezi Park protests. Erdoğan is the only presidential leader most youth in Turkey have ever known, and because of his discriminatory social rhetoric and regressive economic policies, they have largely turned against him.

The importance of youth support is not lost on Erdoğan. Starting in 2012, the Turkish President began what are known as his “pious youth” or “religious generation” polices, in part to regain the youth vote. While speaking to Ankara University’s Faculty of Theology in 2019, Erdoğan suggested that by raising a “pious generation,” social problems could be solved through religious means. His rhetoric surrounding these policies has only grown more inflammatory in recent years. Following the 2021 arrest of LGBT student protestors, he stated, “We will carry our young people to the future, not as the LGBT youth, but as the youth that existed in our nation's glorious past." This statement illustrates two key themes of Erdoğan’s “pious youth” rhetoric; first is his desire to revert back to Turkey’s Islamic Ottoman roots, and second, that LGBT youth and their progressive values are diametrically opposed to this objective.

One of the main targets of Erdoğan’s “pious youth” rhetoric has been the education system, which has seen an expansion of religious education, the banning of subjects like evolution from public school curriculum, and the appointment of university rectors who are largely poorly qualified political loyalists. In January 2021, mass protests broke out when Erdoğan appointed conservative AKP ally Melih Bulu as rector of the prestigious Boğaziçi University. After the establishment of the presidential system in 2018, Erdoğan gained “the sole authority to appoint the heads of all public and private universities.” However, students and faculty were hoping he would appoint someone more closely aligned with the university's values and to be included in the decision-making process. The protests intensified when Bulu shut down the University’s LGBT organizations, and in response, students organized an art exhibition. One piece depicted the Kaaba next to a pride flag, prompting police to arrest four of the exhibition’s artists and organizers, with two held in detention for over a month. Turkey‘s most senior cleric described the students actions as “attacking Islamic values.” Since the start of the protests in January 2021, police conducted “arbitrary arrests” and “regular raids” of students’ and demonstration organizers’ residences. Such actions only increased after the art exhibition.

In July 2021, during the fifth month of the protests, Erdoğan pulled Turkey out of the Istanbul Convention, an agreement between members of the Council of Europe to prevent and prosecute gender-based violence. The Turkish government believes the Convention “threatens ‘family values’ and ‘normalizes homosexuality’.” The move was largely unpopular with the general public and only fueled the already growing protest movement.  At the protests’ height, 159 students were detained in a single day. By August 2020, 569 students had been detained, with 24 students put under house arrest. Melih Bulu was dismissed after six months; however, the demonstrations continued for over a year, and police and AKP officials continued to target and harass those in the LGBT community.

According to Boston University political science lecturer Dr. Tekinirk, the response to the Boğaziçi protests highlighted “the Erdoğan government’s repression of all forms of resistance and opposition.” The opposition, initially, was simply public disapproval of an Erdoğan-aligned university rector. While police presence on campus greatly increased when the protests started, it wasn’t until the following months that violent encounters and arrests began to escalate. The tone quickly shifted when Melih Bulu began to target LGBT students. The protests transformed into a powerful show of support for fellow students and defiance against repressive, conservative leadership. Yet, from the police and AKP’s perspective, the protests became a breeding ground for immorality and undermining Turkish national tradition.

According to a Turkey expert who wishes to remain anonymous, “Turkish people are traditionally very proud and have high levels of nationalism and patriotism.” Erdoğan and other AKP officials drew on this sense of patriotism and pride to depict Boğaziçi’s LGBT community as a threat to the nation. Regardless, according to the experts interviewed, support for the basic rights of LGBT individuals remains high, especially among younger, educated circles.

Fearmongering tactics, like scapegoating, and incendiary remarks against minority populations, like the LGBT community, have helped to keep Erdoğan in power.

Fearmongering tactics, like scapegoating, and incendiary remarks against minority populations, like the LGBT community, have helped to keep Erdoğan in power. However, while these same remarks and tactics serve to please a conservative, Muslim elite and rural base, they have become a catalyzing factor in Erdoğan’s quickly fading legitimacy among Turkey’s youth. Because of this, in addition to Erdoğan’s “conservative-authoritarian partners, with their disastrous economic models and environmental policies,” Dr. Tekinirk plainly stated that, Erdoğan’s AKP “[has] nothing to offer to the youth.”

Some analysts argue that Erdoğan’s loss of youth support is not for a (complete) lack of trying. In an effort to reach young voters, in June 2020, Erdoğan livestreamed an hour-long address on YouTube, offering words of encouragement and addressing concerns over the upcoming university entrance exams. The livestream was met with over 400,000 dislikes, and shortly after airing, the hashtag #OyMoyYok, which translates to “no votes for you,” was trending on Twitter, prompting Erdoğan to announce “new regulations to control social-media platforms or shut them down entirely.” In November 2021, Erdoğan served as one of the opening speakers for a youth festival in Ankara where he proudly proclaimed, “The key to the next elections is our youth, not this or that party.” However, young voters struggle to find hope in these words, especially as protests and demonstrations, which are largely comprised of young people, continue to be met with mass incarceration and police brutality. This June, despite the pride parade ban, small groups of LGBT activists marched through Istanbul, and 300 were detained.

Many candidates are also advocating for progressive climate regulations and economic policies that could combat Turkey’s high youth unemployment rate of 20.4 percent.

Politicians across Turkey are currently campaigning for the 2023 parliamentary elections, and several opposition parties are attempting to do what the AKP cannot - reach young voters with their messaging and platforms. According to Turkey analyst and researcher Kenan Cruz Çilli, several opposition parties have made LGBT rights a key part of their platform, with the Turkish Worker’s Party (TIP) even promising to “field openly LGBT candidates in the 2023 parliamentary elections.” He believes that this is “a move that could potentially result in the unprecedented representation of the LGBT community in the Turkish Grand National Assembly.” Many candidates are also advocating for progressive climate regulations and economic policies that could combat Turkey’s high youth unemployment rate of 20.4 percent.

According to Dr. Tekinirk, after the Gezi Park protests, “women’s organizations and the LGBTQ community bore much of the brunt of the violation of constitutional rights, such as the right to peacefully assemble.” Women’s rights, pro-LGBT, and environmental protests in Turkey, like many global protest movements, are largely led by the younger generations. Many observers point to social media as a powerful organizing tool for younger generations, but in Turkey specifically these movements also represent youth’s disillusion with empty promises and persisting repression. As Turkey draws closer to its next parliamentary election, the AKP continues to stand by their interpretation of Turkey’s national history as a story of traditional family values, gender roles, and complete civic compliance. However, next summer Turkey’s youth may well have the opportunity to write a different story, starting at the ballot box.