Police Reform in Mexico: Can Trust and Security be Achieved?

Mexican President Enrique Peña Nieto has announced widespread changes to Mexico’s federal security forces. As these changes begin to take shape, we spoke with two of Mexico’s leading experts on police reform to discuss the current state of reform efforts and the issues that the Peña Nieto government must address. 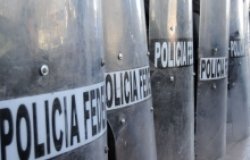