Putting teeth in the MACCIH agreement

For the past few months intense negotiations have been underway between the Government of Honduras (GOH) and the office of the Secretary General of the Organization of American States over an agreement to form a Support Mission Against Corruption and Impunity in Honduras (MACCIH). As the name implies, the agreement in question would define the authorities and parameters of an international mechanism, requested by the GOH, to support its efforts to root out corruption and reduce impunity that undermine the rule of law and economic opportunity in the country.

In two previous posts we have outlined our concerns about the relatively weak initial MACCIH proposal and how this proposal could be strengthened to ensure constructive action against corruption and impunity.

Since the process began in September there have been two iterations of an agreement proposed by the OAS General Secretariat (OAS/GS). The GOH has significantly revised both of these versions, in some cases expanding the focus — not always a bad thing — and in other instances weakening the independence and latitude of the MACCIH. At present, the OAS negotiating team is considering the latest version the GOH presented Friday, December 4.

The back and forth negotiations have become worrisome and wearisome. The GOH had announced that President Juan Orlando Hernández would travel to Washington to sign the final deal with the OAS December 10, but over the weekend decided to postpone the signing until an unspecified date in January. At present it is not entirely clear why the GOH postponed the signing. It could be a positive sign, giving the OAS more time to negotiate and perhaps to strike a better deal.

Based on our review of the various drafts of the agreement and dialogue with representatives from the OAS, the GOH, and the United States Government, we believe the following specific elements need to be taken into consideration to ensure the final agreement, whenever it is signed, has real teeth.

No one in the U.S. Congress, within Honduran and U.S. civil society, or among the international community wants to support yet another meaningless process with no chance to have an impact. It is time to refocus on the goal that everyone shares — building a strong accountable democratic Honduras that serves the interests of its people and not simply the interests of the privileged and powerful few.

In addition to these five essential components to strengthen the final agreement, there are two additional priority issues that the OAS/SG should take into consideration.

So far, the GOH has sought to down play the Head-of-Mission designation and preferred to designate a “spokesperson” to speak on behalf of the various units and divisions within the proposed MACCIH. Whatever the ultimate title is, it is vitally important that his/her authorities include coordinating the work and speaking for the mechanism before the OAS Permanent Council, the public, and the press.

Concluding thoughts:  The current dialogue about the nature of MACCIH’s mandate and authorities presents an incredible opportunity for Honduras and the Honduran people. If handled well, it can begin to break the power of organized crime and corrupt officials in Honduras, which in turn will be good cause for celebration. To squander this opportunity by failing to put in place a meaningful body with teeth would be a mistake. Simply signing a vague agreement in the hope of some future payoff is no longer a viable alternative. No one in the U.S. Congress, within Honduran and U.S. civil society, or among the international community wants to support yet another meaningless process with no chance to have an impact. It is time to refocus on the goal that everyone shares — building a strong accountable democratic Honduras that serves the interests of its people and not simply the interests of the privileged and powerful few.

(Viva Honduras Cookign Vent by Nan Palmero is licensed under Creative Commons BY 2.0)

Article
Democracy
Strengthening the MACCIH: Next Steps in Honduras’ Fight against Corruption and Impunity
By Eric L. Olson on November 4, 2015 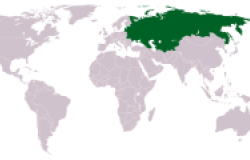 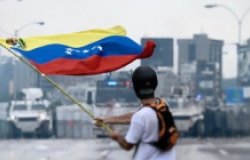