Rewriting Global Tax Rules: It Ain’t Over Til It’s Over

This past week 130 countries accounting for more than 90% of global GDP agreed to rewrite global tax rules on corporate income. Endorsement of the deal by G20 finance ministers meeting in Venice July 9-10 could tee up a global agreement as early as this fall among the 139 countries currently engaged in global tax talks under the aegis of the Organization for Economic Cooperation and Development (OECD). Core OECD members are the world’s leading developed democratic market economies.

If implemented, the arrangements would overturn a century of established tax practice.[i] Many hurdles remain, however, suggesting that global tax negotiations are likely to continue over the next few years.

What is the background?

Global tax talks have been under way since 2017. They have focused on two pillars. The first is focused primarily on how to tax the international revenues of large multinational companies so they pay tax in countries where they make sales, not just book profits. The second pillar focuses on establishing a global minimum tax rate that would apply reduce incentives for multinationals to book profits in low-tax countries.

The Pillar 1 arrangement would enable countries to tax between 20% and 30% of the profits of the world’s largest and most profitable companies above a 10% earnings margin, based on where a company makes its sales, rather than where it is incorporated.The deal would apply initially only to companies with revenue over 20 billion euros, or about $24 billion – essentially 100 companies. After seven years, however, that threshold would fall to 10 billion euros, thereby widening the circle of affected firms. And a company like Amazon, which as a whole isn’t profitable enough to meet the criteria, would still have to pay on its cloud division Amazon Web Services, which does meet those revenue and profitability thresholds.

The Pillar 2 deal would apply a minimum 15% corporate tax rate to a much larger set of companies by the governments where those companies are headquartered, if a company has not paid 15% overall across its global operations. The goal is to remove incentives by those companies to shift profits between jurisdictions to avoid taxes. The full extent of companies covered by this arrangement is still to be determined.

The OECD estimates that countries could reap between $5-12 billion annually from Pillar 1 – taxing profit in countries where it is generated -- and between $42-$70 billion from Pillar 2 – a global minimum rate. In terms of revenue, the United States stands to gain the most from the Pillar 2 arrangements, while the other G7 members stand to reap most rewards from Pillar 1.

The deal is essentially a grand bargain between most of the world’s countries, which want to use Pillar 1 to raise corporate tax from U.S. tech giants and other large multinationals based on companies’ sales in their countries, and the Biden administration, which champions a global minimum corporate tax under Pillar 2 as a way to raise significant additional revenue from U.S.-headquartered companies to finance its ambitious domestic spending goals. The bargain would also entail countries dropping unilateral digital services taxes, which have been opposed by both the Trump and Biden administrations.

This week’s arrangement, however, is already a step back from the deal announced by G7 finance ministers in early June. To seal the deal among a much larger set of countries, negotiators agreed to exclude regulated financial services, mining, the oil and gas sectors, and the global shipping industry. They also agreed to exempt incentives on corporate tax investment in such tangible assets as manufacturing plants and machinery.

What are the chances of a final agreement?

Despite last week’s announcement, uncertainties abound. Expect more disputes about which companies and industries should be included, and about who should resolve future disputes when they arise. A host of technical challenges need to be overcome, including definitions of “tax bases” and whether the 15% minimum is “effective” – meaning it is the real floor – or “statutory” – meaning it could be offset by corporate subsidies or other instruments countries may want to wield to ensure they can continue to offer competitive tax advantages.

For Pillar 1 to come to life, international tax treaties need to be amended. In the United States, this means that two-thirds of a deeply divided U.S. Senate will need to agree to any changes – and Republicans have already poured cold water on the deal. House Ways and Means ranking member Kevin Brady (R-Texas) called the agreement  a “dangerous economic surrender” that “favors foreign-headquartered companies and workers over American ones.”

Other countries could also still scupper the deal. It is questionable whether all 27 members of the European Union will agree. Low-tax Ireland, Hungary and Estonia have refused to sign on. It is doubtful that other countries would sign up to a global deal knowing that some key European countries are skirting the rules. Additional holdouts include Nigeria, Kenya, Sri Lanka, Barbados, and St. Vincent & the Grenadines.

Even if there is initial agreement by EU governments, the European Commission wants to enact any final arrangement through EU legislation. Since tax policy is a national competence, all 27 EU members must agree before anything can be decided at the EU level. Preparing such legislation is likely to take at least six additional months. Tax officials in Brussels expect to begin legislative negotiations only by mid-2023, which offers low-tax EU member state governments an additional opportunity to block EU consensus.

In addition, even though the United States insists the deal means countries must agree to remove their digital services taxes, the UK, France and Italy say they will not do so until the U.S. Congress has ratified the necessary tax treaty changes. And despite the new accord, the European Commission is continuing to move ahead with plans to impose a digital levy on roughly 9,000 tech companies that offer their services across the Union with annual revenues of at least $300 million.[ii] While an EU-wide levy may fail to gain momentum (previous efforts have failed), the fact that EU officials continue to make their plans suggests additional U.S.-EU acrimony ahead.

U.S. Trade Representative Katherine Tai has given digital-tax countries such as UK, Austria, Italy, Spain, Turkey and India six months to drop those taxes, while arming herself with punitive tariffs on $2 billion worth of goods that she could impose on those countries’ exports to the United States should they fail to comply. If the OECD talks progress, the United States could continue to suspend the tariffs. If the talks falter, however, the Biden administration will face pressure to impose those tariffs from Democrats and Republicans alike.

It is also unclear what happens to countries that refuse to sign up to the deal. The United States has proposed a tax known as the Shield, under which foreign-based companies would lose U.S. tax deductions if they send money into low-tax jurisdictions. Pillar Two contains a similar rule. There is no final agreement on such provisions.

Who will be affected?

While the immediate effect of the tax plan is likely to be modest for most companies, the longer-term implications may be substantial.

The Pillar 1 plan — a tax based on where customers, rather than companies, are located — is unlikely to hurt the biggest digital companies if it replaces the digital services taxes already imposed on them in countries such as the UK and France. Extra taxes raised under Pillar 1 are estimated at about 4% of current global corporate tax receipts, which, as the Financial Times notes, would be little more than a “rounding error” in most of those companies’ accounts. The proposal would only reduce the earnings per share of companies in the U.S. S&P 500 by 1-2% next year, according to Goldman Sachs. Most affected by the Pillar 1 plan would be companies with a high proportion of overseas sales and those that rely heavily on intellectual property and channel IP licensing fees through low-tax jurisdictions.[iii]

The Pillar 2 plan – the 15% corporate tax – would be the first time that most countries would join the United States in taxing the income of their companies outside their borders. This would be a sea change in global tax practice. It is a direct challenge to the world’s tax havens. Yet Pillar 2 only establishes a global floor. Many countries already tax at far higher rates. The Biden administration views a global tax deal as a precursor to its own plan to fund its infrastructure and other domestic spending priorities by raising the U.S. corporate income tax rate from 21% to 28%, and to amend the 2017 U.S. tax revision known as GILTI (Global Intangible Low-Taxed Income), which sought to reduce the incentive for U.S.-based multinationals to shift profits on patents out of the United States into low-tax jurisdictions.  The Biden administration seeks to increase the current GILTI tax from 10.5% to 21%, and to remove the current 10% exemption on tangible foreign assets. The OECD plan is also more onerous than GILTI. The GILTI tax is applied on a worldwide basis, meaning companies can average out the rates they pay in high and low-tax countries. The OECD tax, in contrast, applies the minimum 15% rate to profits earned in each individual location. The net result will be to increase the tax burden on U.S. multinationals.

In short, a global tax deal may indeed be in the offing. But we are likely to live with tax uncertainty for at least another two years. 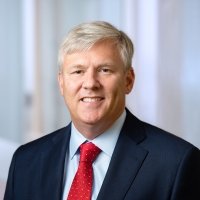