The Wilson Center is pleased to inaugurate a new India in Asia initiative—one that fills a need in the Washington discussion of what may be the world’s next superpower, and that seeks to advance U.S. understanding of India.

The Wilson Center is pleased to inaugurate a new India in Asia initiative—one that fills a need in the Washington discussion of what may be the world’s next superpower, and that seeks to advance U.S. understanding of India. The Asia region boasts two-thirds of the world’s population, and will soon house more wealth than any other region. Its military power is expanding globally, and it is home to several rising powers.

Unsurprisingly, this critical region occupies a central role in the foreign policy of India. Soon after taking office in 2014, the Narendra Modi government announced the establishment of an “Act East” policy, replacing the “Look East” policy of the previous administration and telegraphing its intention to more actively engage its Asian neighbors.

Over the last few years, as the U.S. has sought to deepen its relations with New Delhi, India has figured increasingly prominently in official policy deliberations and in think tank discussions in Washington. However, while there has been ample debate on U.S.-India relations, India’s economy, and India’s domestic politics, considerably less attention has been dedicated to India in Asia. The focus on India’s foreign relations tends to be either global in nature or focused narrowly on Delhi’s relations with Islamabad, Beijing, and other key Asian capitals.

The India in Asia initiative examines how one of Washington’s key partners engages in one of the world’s key regions—one to which the U.S. government pledges to rebalance. Topics will encompass diplomacy, security, economics, and trade. What should be made of India’s bilateral and multilateral relationships in Asia—its rapidly intensifying partnership with Japan, its complex relations with China, its deepening ties with Southeast Asia, and the still-evolving India-Japan-U.S. trilateral and Australia-India-Japan-U.S. quadrilateral? What impact does the South China Seas dispute have on India’s security? Is this a dispute that India can afford to safely ignore? More generally, how can India best strengthen its maritime capacities?

Furthermore, what role should India play in new and emerging Asian economic architecture such as the Asian Infrastructure Investment Bank and the Regional Comprehensive Economic Partnership? What are the implications of India being left out of the Trans Pacific Partnership? Should India seek to join? If so, on what terms? What are India’s prospects for joining the Asia-Pacific Economic Cooperation? What business interests do Indian companies have in Asia, and what business interests do other Asian companies have in India? In both cases, what are the main opportunities and challenges?

Above all, the India in Asia initiative aims to assess and understand the extent to which India’s policies and activities in Asia align with Washington’s interests in the region, and to determine whether a more robust U.S.-India partnership in Asia makes sense.

Chief products will consist of panel discussions, roundtables, and policy briefs, culminating in the publication of a comprehensive report. This work will feature the expertise of both American and Indian experts. 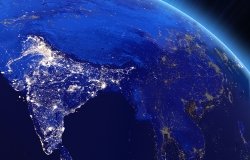