Skip to main content
Support
Explore More
Close
Article
Economics and Globalization
Time to Analyze Expansion of USMCA? Costa Rica and Uruguay Would Be Potential Candidates
By Luis de la Calle on January 12, 2023
Share on FacebookShare on TwitterShare via Email
SharePrint
Share
Email
Part of the Strengthening North American Ties - A Must For Competitiveness
Article

The USMCA provides continent-wide rules, norms, and problem-solving processes that can help the three countries to continue the trade and co-production system established under its predecessor, NAFTA. If the USMCA is to maintain its credibility, the three governments must demonstrate that they can resolve evident differences. This essay is part of the series, "Strengthening North American Ties - A Must For Competitiveness," by the Wilson Center's Mexico and Canada Institutes.

The United States-Mexico-Canada Agreement (USMCA) is more important than ever for the prosperity of North America.

The USMCA provides continent-wide rules, norms, and problem-solving processes that can help the three countries to continue the trade and co-production system established under its predecessor, NAFTA. The USMCA can also help the three North American partners to realize the benefits of reshoring and nearshoring from Asia.  Many analysts have discussed the benefits of such North American cooperation in a post-pandemic world.

However, if the USMCA is to maintain its credibility, the three governments must demonstrate that they can resolve evident differences, including on vehicle rules of origin, energy sector management, and biotech agriculture.

There are promising signs. In 2021, trade across North America rebounded 22% from 2020, reaching  $1.26 trillion. A record 75% of Mexican and Canadian imports came from the US,  and both countries remain the US’ largest trade partners in 2022, totaling over twice the volume of US trade with China.

The three trade ministries are deeply engaged to resolve differences, to guide emerging cooperation on areas such as digital trade, and to achieve progress on less traditional USMCA objectives such as better including groups that are currently underrepresented in continental trade. USMCA has won kudos from the US congress for early successes of the new Rapid Response Mechanism for Labor Complaints to promote labor democracy in Mexico.

In the immediate future, USMCA’s credibility will be judged by how well it manages a handful of differences.  First, the United States and Canada have requested consultations under USMCA over Mexico’s treatment of private sector investors and operators in the energy sector vis a vis Mexico’s state-owned electricity and oil and gas enterprises. The US and Canada say Mexico is violating USMCA commitments but have not yet called for a dispute settlement panel. Consultations continue.  Mexico’s new Economy Minister has acknowledged that Mexico’s inward investment will be affected by the outcome of this dispute.

Second, Mexico and Canada initiated the dispute settlement process over the US interpretation of the rules of origin for determining treatment vehicles under USMCA, arguing that the US interpretation is more restrictive than what had been agreed. The highly integrated auto sector is emblematic, and the US touted USMCA’s auto provisions as a majoradvance, so the outcome of the case will resound loudly. A panel decision is expected in the months ahead.  Until then, Canada and Mexico are applying the stricter standards to cars entering from the US.

Third, Mexico has announced its intention to ban the import of Genetically Modified (GM) corn (and potentially other biotech crops) by 2024. This policy threatens to disrupt a core sector of North American trade, with great potential harm for US and Canadian farmers and for food costs and availability in Mexico, while allegedly violating USMCA provisions calling for science- and risked-based regulatory policies. A recent study argues that Mexican Gross Domestic Product would contract by $11 billion over ten years as a result of this policy, and that corn prices in Mexico will rise by 19%.  The cost for US GDP is estimated at over $30 billion.  US farm groups and senators are asking the USG to intervene.

The effective use of USMCA’s dispute resolution mechanisms is vital to resolving these tensions and demonstrating, thereby indicating that the agreement is working.  The three governments agreed to review USMCA's performance in its sixth year of operation (2025-26).

Beyond disputes, key areas for action include:

Cooperation on Digital trade is crucial, given the increasing use of digital technology and services across all sectors. USMCA has one of the most comprehensive and liberal frameworks for governing digital trade, but the partners must show political will and allocate resources to bring commitments on digital trade to fruition. For example,  the North American partners have yet to establish the “forum” that is called for by the USMCA.  The creation of a North American Digital Trade Council could produce more effective communication, implementation, and compliance surrounding digital commerce. Moreover, this forum could promote easier use of digital trade tools for expanding Small and Medium Enterprisesin cross-continental trade.

Labor democracy and workforce development are key for demonstrating USMCA’s value and building public support.  The three governments can do a better job of tracking labor reform progress from US and Canadian assistance in support of those efforts.  Regarding workforce development, the governments should identify and support pilot programs with public-private partnerships, adopt compatible real-time labor data collection practices, and expand incentives for credentialing programs in key skill areas.  Concerted efforts on these themes can help boost productivity and inclusion of diverse and under-represented groups.

The auto sector will remain a fundamental engine of growth. Once the dispute panelover rules of origin concludes, the three governments should expedite implementation and work with suppliers and automakers to improve USMCA compliance and certification procedures, based on experiences to date. The three governments must collaborate also closely to support development of electric vehicles and components sourced in North America and examine if changes to USMCA requirements are needed.  Canadian and Mexican experts are worried that US battery production subsidies will tilt investment toward  the US.

Agricultural trade is vital for all three countries. The US should seek negotiated solutions to Mexico’s emerging GMO policy framework, but should also be ready to launch dispute settlement complaints. The  long standing disputes over fresh produce between the US and Mexico and over softwood lumber (and perhaps dairy) can only be resolved through sustained and serious efforts by both countries.

Enhanced regulatory cooperation should be another priority. Good Regulatory Practices (GRP) within the provisions of USMCA can foster this growth, starting with new regulations necessitated by emerging technologies.  The three governments should develop the GRP Committee called for in USMCA and take action to standardize Regulatory Impact Assessment (RIA) methodologies. Initial steps toward regulatory alignment include cooperation on data collection, transparency, and identifying priority sectors for in depth work. By the first USMCA review, robust collaboration should be underway.

As one of the new sectors in USMCA, solid workon environmental issues, including green energy, is important for the trade deal’s credibility.  For example, the USMCA does not currently include  the Paris Climate Agreement on its list of covered agreements. Although Mexico has exhibited comparatively less commitment than Canada and the US on climate issues, Mexico did recently announce  new climate commitments at COP 27 jointly with the US.  This commitment may build momentum for the three governments to take up more climate-related work, building on current USMCA provisions.

Transparency, Stakeholder Dialogues, and Public Outreach are key for popular support of the USMCA.  The three governments need to be increasingly transparent about how they are implementing USMCA, in order to create more opportunities for serious dialogue with stakeholders, and find creative ways to educate the public about USMCA.  All three governments should invest in more of a whole-of-government approach that improvesoutreach;. For example,they could Create a standing committee on public outreach to help prepare for USMCA’s first “sunset” review during 2025-26.

Emergency Coordination should be a priority, especially given the repercussions from the covid-19 pandemic, the war in Ukraine, and unexpected border disruptions from anti-vaccination protests in Canada and Texas government actions tied to migration. In July, USMCA ministers designed a mechanism under the Competitiveness Committee to improve coordination in efforts to maintain trade flows in emergency situations.  This advance should be reinforced by assurances from the emergency mechanism’s inclusion of the government agencies that are required to respond well to unexpected disruptions.

The successful implementation of the USMCA is an arduous task that demands “whole of government” efforts, as well as complementary bilateral and trilateral collaboration. This multilateral collaboration can build on the initiatives of the North American Leaders Summit, the US-Mexico High Level Economic Dialogue and the Roadmap for a Renewed US-Canada Partnership.

The analysis of key areas for attention draws upon the findings and recommendations in a research report prepared for a spring 2022 American University Diplomacy Lab Project, which was authored by Gianna Amendolara, John Burzawa, Sophie Egar, Geneva Conrad Arrízon Pfeifer, Zachary Roten, and Conor Wade, under the guidance of Professor Wayne. 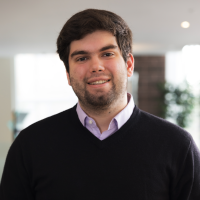 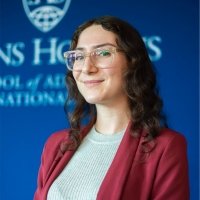