U.S. and Canada: The World's Most Successful Bilateral Relationship

What do Mississippi and Maine have in common? They both rely on Canada as their largest customer.

What do Mississippi and Maine have in common? A hint: It's something that they share with 33 other states ranging from Idaho to Virginia. Another hint: it has nothing to do with their politics, geography, population size, or industrial makeups. The one commonality is that all of these states rely on Canada as their largest customer.

Sometimes the magnitude of Canada-U.S. economic interdependence can go overlooked. Yet the truth is that it remains the largest and most successful bilateral relationship in the world. There are occasional disagreements, of course, but these shouldn't detract from the reality that Canada and the United States are major trading partners and friendly neighbors.

This week's state dinner for new Canadian Prime Minister Justin Trudeau is a chance to seize new bilateral opportunities to advance the economic interests of citizens in both countries. From Canadians in Thunder Bay, Ontario, to Americans in Albuquerque, New Mexico, and everywhere in between, millions of people rely upon the strength of the Canada-U.S. economic partnership.

Consider that annual two-way trade totalled $870 billion in 2014 -- the equivalent of $2.4 billion every day, or $1.6 million every single minute. Bilateral investment accounts for another nearly $698 billion.

Consider that Canada trades more with Michigan than it does with the entire European Union, and that Canada buys twice as many U.S. exports than does China.

Consider that nearly 9 million U.S. jobs depend on trade and investment with Canada.

The deep economic linkages are not macroeconomic abstractions. They are the sum of the parts of the Canada-U.S. economic partnership. They are real people whose livelihoods, mortgage payments, and retirement savings depend on cross-border trade and investment.

It's imperative therefore that our leaders work together to expand economic opportunity through bilateral trade and commerce. This is a big-picture issue that must be on the menu when the Obamas host the Trudeaus at Thursday's state dinner.

What does a Canada-U.S. economic opportunity agenda look like?

A key pillar would focus on greater energy and climate change cooperation so that Canada and the United States can move toward continental energy independence in a responsible way.

Canada is a world leader with respect to energy resources, and the United States is going to be a major user of fossil fuels even as it develops its domestic supply. Recent statements from Saudi Arabia about its plans for production levels are a shot across the bow, signaling that Canada and the United States need to diminish the influence of energy-producing countries that are ambivalent or hostile to our interests. Reaching this goal will require the construction of more binational energy infrastructure including, but not limited to, the Keystone XL pipeline.

The likelihood of U.S. President Barack Obama revisiting his decision on the Keystone project is basically nil, but that doesn't mean that the two leaders can't have a broader discussion about continental energy needs. Any such considerations must remember that Canadian and U.S. oil and gas resources are much cleaner than energy sourced from other jurisdictions. Assessments of North American projects should therefore account for their relative carbon competitiveness when compared to dirtier imports from elsewhere.

There's also scope for greater coordination with respect to climate change policy. Prime Minister Trudeau and President Obama are committed to stronger environmental policy, and this is already producing results. A recent agreement between Canada, the United States, and Mexico on energy and the environment -- what has been called a "green NAFTA" -- is a great sign.

There's real potential to further harmonize environmental policies related to emissions standards and cleaner and more efficient electricity grids. Coordinated environmental policies will not only be more effective at combating climate change, they will also ensure that neither country is put at a competitive disadvantage.

The Canada-U.S. economic partnership sustains industries, communities, and families on both sides of the border. This week's state dinner -- the first for a Canadian prime minister in nearly 20 years -- presents an opportunity to strengthen the foundations of this partnership now and for the future. A coordinated plan for continental energy and environmental policy would be a major step forward for millions of Canadians and Americans.

This article was originally published on Real Clear World. 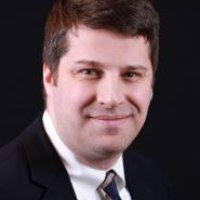 Senior Fellow at the Macdonald-Laurier Institute

Blog post
Governance
A Question of Attainability: States of Grand Strategy in the United States and China - Event Recap
By Benjamin Pereboom on December 24, 2019