After so much focus on what would constitute a success at the Hanoi Summit, we woke up in Washington, DC, to news that the talks between President Donald Trump and North Korean leader Kim Jong Un had unraveled completely and have come to an abrupt end.

While it’s not uncommon for negotiators to walk away from high-stakes negotiations, it’s unusual for this to happen at such a high-profile top-level summit that had been touted by both sides, with much fanfare, as a historic occasion.

The dramatic rupture underlines just how difficult these negotiations are, despite the cavalier way President Trump declared the North Korea nuclear threat “over” last year.

It was a gamble to leave negotiating teams so little time to carry out the tough work it takes to agree on a roadmap to denuclearization. And it was risky to continue those negotiations into the summit instead of calling them off beforehand.

No matter how warm the unusual relationship between Trump and Kim, the power of their personalities is not enough to resolve a standoff that has gone back 70 years. President Trump clearly sees Kim as a “little brother” that he can bully into good behavior. It’s a patronizing approach that underestimates how stubborn the North Koreans can be, especially when it comes to giving up their prized nuclear program.

As for Kim, I’m deeply disappointed in his decision-making. He absolutely needs to give up core elements of his nuclear program in exchange for concessions. Only when he makes these concrete moves will he progress down the path toward diplomatic and economic engagement with the United States, South Korea and other nations poised to step in with economic help in exchange for denuclearization. Until then, he continues to hold not only the region but also his own impoverished people hostage to a destabilizing and costly nuclear program. While he may not have tested missiles or weapons since 2017, he continues to maintain nuclear facilities.

Negotiating the dismantlement of North Korea’s threatening nuclear program in exchange for diplomatic and economic concessions is complicated, and it can’t be rushed. However, letting all this play out at the top level, on such an international platform, has risks. It can’t be shrugged off as a blip in the course of diplomacy. Saving face is so important in Korean culture, and this result leaves very little room for Kim to save face.

I worry about the consequences. Did these two leaders and their teams build up enough good will to keep the lines of communication open, or are we headed into another period of stalled negotiations — or worse, tensions — that would give the North Koreans more time and incentive to keep building their weapons program?

We’ll have to see how North Korea portrays this to their people to get a sense for whether they’ll take this rupture in stride. My hope is that the North Koreans will find a way to spin the Hanoi meeting itself as the big moment, and just to portray this as the second of many summits to come. Perhaps then is there a chance of salvaging the negotiations — and moving forward to get the denuclearization process back on track.

Based on the explanations why President Trump and Chairman Kim were not able to reach an agreement, we once again witness a vast gap not only in their use of language but fundamental differences in their perceptions of reality, each interpreted from their own view and interest.

President Trump, in his press conference in Hanoi, said that the reason for his decision to walk away from the talks was because “basically, they wanted the sanctions lifted in their entirety.” North Korea’s Foreign Minister Ri Yong-ho, in a separate and rare press availability hours after the breakdown of the Summit, asserted that Pyeongyang did not propose the removal of “all sanctions", but offered a “realistic” proposal to remove “only five” of the eleven sanctions which hamper the livelihood of the people.

This clearly demonstrates how the two sides live in a completely different world with disparate understanding and assessment on what is meant by realistic. Apparently, Washington’ view is that removing the proposed five sanctions would mean doing away with its most potent leverage in reality, hence, unacceptable at this point. From North Korea’s view, on the other hand, substantive sanctions relief in exchange for shutting down its biggest and core nuclear facility was deemed realistic and reasonable.

Despite the disastrous fallout from the latest summit in Hanoi, it was not wasted in that it provided a much needed reality check for both the U.S. and North Korea to acknowledge how imperative it is for them to engage in more rigorous and continuous discussions and negotiations ahead of this newly-adopted top-down approach if they are to even come to a common understanding of basic terminologies, let alone an agreement.

Given the abrupt collapse of talks and political circumstances, the two leaders need to address in their respective countries, it would likely take some time and considerable traction for the negotiations to pick up again. But what could be seen as a faint glimmer of silver lining in the face of the sudden overcast is that the two leaders refrained from going ballistic and continued to express goodwill and affection in their own way, leaving room to pick up the talks again down the road.

The concern ahead of the summit was that President Trump would give away too much for too little – walking away is better than signing up to a bad deal for the sake of a photo opportunity, and the perception of making progress if that does not reflect the reality on the ground.

This is by no means a disaster from the North Koreans’ perspective – they still get the optics of their leader as global statesman – sitting down as an equal with the President of the United States, the world’s press scrambling to cover his every word, as flag-waving crowds line his route through the streets.  This makes for powerful domestic propaganda and perpetuates the myth Kim Jong Un sells to his people as to why he is the rightful ruler of the country.  It also helps normalize his image with the outside world, as he is taken seriously, and continues to progress from the crazy, cartoon villain caricature he was portrayed as during his first years in power, to the increasingly respectable “Chairman Kim”.

The more serious issue is where this goes from here.  We now have both the U.S. and North Korean versions of why these talks broke down, which, despite initial contradictory accounts over the extent of sanctions relief Kim had asked for, are both parsed in positive language and look forward to further dialogue, with KCNA (North Korea’s state news agency) reporting that the leaders have promised to meet again.  However, there was also a veiled threat.  North Korea’s foreign minister, Ri Yong Ho, concluded his midnight press appearance warning, “Our principal stand will remain invariable and our proposals will never change. Even if the United States proposes negotiations again in the future” and senior diplomat Choi Son Hui indicated Kim might have “lost his appetite” for bargaining with the US president.  And despite Donald Trump’s effusive praise and insistence that this was a “friendly” walk away, it’s difficult to see the basis on which a third summit would now be held, unless working level teams are somehow able to bridge the gap that eluded the top leaders in Hanoi in the interim.

The good news is that it is in neither side’s interests to burn the whole negotiation process down, even if it doesn't seem likely to deliver the “epochal development” North Korea had alluded to, or a Nobel Peace Prize for President Trump in the near term.  As has been the case for the succession of U.S. presidents to grapple with this before him, there are no easy answers or quick solutions here, and talking remains the least worst option, and preferable to the shouting match and escalating tensions of 2017.

Kim Jong Un has continued with his state visit to Vietnam, and may opt to wait this out, press for a third summit and focus on inter-Korean relations in the meantime, but there is also a danger he could decide to force the issue, by staging some form of provocation to make clear that this is going to happen on his timeline, and that he must be taken seriously, and dealt with as a priority.  On the basis of his behavior since commencing dialogue thus far, likely he will choose the former, but we should be aware of the risk of the latter.

First, the “Hanoi No-Deal” is a clear example of the dilemma facing the current US-North Korea relationship. The dilemma is where to stop a personalized relationship and where to start an institutionalized one. I would not want to describe the Hanoi shock as simply a terrible consequence of the “top-down” negotiation between the two leaders. Honestly, if it were not a Trump-Kim level attempt, I do not believe that any negotiations or whatsoever would ever have happened. Obviously, with the Cohen testimony and pressure for progress lingering in his mind, Trump did not fly halfway around the world to just walk away. When Kim Jong Un allegedly demanded the lift of entire sanctions, Trump must have realized that personal relationship might be good enough for opening the negotiation door, but not sufficient to close the deal.

Second, the lesson is that walking-away the first time might work, but maybe not the second time. It is a little bit amazing to an outsider like me that the media and public opinion in American politics do not readily criticize the collapse of the summit. Of course, Speaker Pelosi suggests that the winner is Kim. Sen. Bob Menendez, the top Democrat of the Senate Foreign Relations Committee blames Trump for his amateur diplomacy. But the conservative base including some moderate Democrats show they feel some relief and even confidence towards Trump “willing to walk away” from a bad deal. The problem is that Trump won’t be able to walk away from the third summit. After all, Obama could not lead the congregation in singing the hymn, Amazing Grace, for every gun tragedy.

Third, what comes next? I believe that now is the time to try an institutionalized approach to the question of North Korea denuclearization. What is uncertain is whether Washington and Pyongyang both have any appetite for small deals through phased negotiations. What is for sure, however, is that Kim knows he needs Trump to get things moving. Trump knows he needs some “rally” phrases to prevail over the Democratic primary contest coming this June. North Korea and the United States should start building trust by agreeing to disagree and delivering what they promise. A big-deal or fanfare diplomacy is still possible down the road, particularly the October 2020 approaching. Until then, small deals should be smart ones. 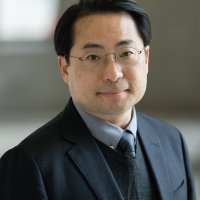