In light of the Brexit vote, Wilson Center experts comment on the EU, UK and European politics, and economics.

Comments from Wilson Center experts on the EU, UK and European politics, and economics in light of Brexit.

“The British vote to leave the EU confirms a reactive and nationalist trend in the politics of western democracies.  We already are feeling the economic consequences as markets react to the news, but the political effects may be even more severe.  Brexit is a major setback for Europe and could lead to the breakup of the United Kingdom.  It will alter the balance of power in Europe, strengthening the hand of Russia and weakening the US position.”

“This is not the end of globalization.  Britain leaving the EU will not lead to a sharp setback for international trade.  But it is a clear notice to leaders throughout the world that policies must make sure that the fruits of globalization are widely shared, that their economies are made more resilient, that the pace of change has a human dimension.  The British decision creates opportunities for the EU as well as challenges.  The EU must face the fact that their vision of an ever closer Union has gotten ahead of political and economic realities in Europe.  For instance, the EU needs to make adjustments to the Eurozone and in its approach to migrations within and without the EU. The US will need to visibly emphasize its strong commitment to the EU; other global powers may welcome a weakened Union. Sober and visionary leadership are needed across the world.”

“The decision to leave the European Union has monumental implications for Britain. First, there is the economic and political domestic turmoil that will have to be resolved before any negotiations open with Brussels. The main political parties, Conservative and Labour have been torn apart by this referendum. Abroad, Britain will most likely be excluded from the Transatlantic Trade and Investment Partnership (TTIP) currently being negotiated between the EU and the US. If Scotland gains independence, serious questions will be asked of Britain's continued seat at the UN Security. And perhaps equally worrying is London's attempts to unravel 43 years of EU laws from its statute books and secure access to the EU's Single Market.”

“This historic referendum once again shows how divisive Europe is in British politics, cutting across the left-right divide, as traditional Labour strongholds voted exit, along with Tory strongholds. While Scotland voted strongly to remain, Wales swung towards Brexit. Europe has been a graveyard for Tory politicians but the ramifications are significant for the Labour party as well. We have now seen a United Kingdom become a divided kingdom.  The referendum did not asked the British to judge between alternative visions of EU but the new government will have to deal with the market reaction, the response from other member states in Europe, and notifying the EU of its intention to withdraw under article 50. Britain will negotiate a withdrawal and then a trade deal with the EU, which will then require Britain to negotiate over fifty trade deals with other economies. Expect the British Parliament to be absorbed by legislative review after the withdrawal and rescinding of the European Communities Act of 1972 and formal British exit. This will be a long complex process.”

“The result of the British vote will impact not just the country’s domestic politics, but its role in Europe and as a global player for years to come. The decision to leave the EU follows years of unease during which the UK has continually stressed its “special relationship” with the United States over what some view as diminished sovereignty within the European bloc. Over the course of the twentieth century, that relationship has become more one-sided and decidedly less “special.” As we watch the regional fall-out of the referendum – an independent Scotland? a united Ireland? – Britain will need to be wary of the advantages of membership taken for granted, and prepare to take a back seat in setting global standards across the board.” 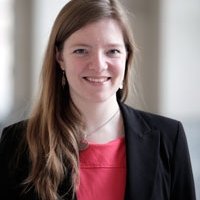 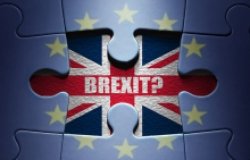