Even in normal times, countries in the Americas have struggled to contain corruption, including in the vulnerable public health sector. The coronavirus has amplified this challenge, given snowballing demands for medical equipment and services, and the urgent need to ramp up public spending to support sputtering economies. On today's episode, we ask our experts and guest Delia Ferreira Rubio, chair of Transparency International, why corruption is exploding during COVID-19 and how governments should protect increasingly scarce public resources. 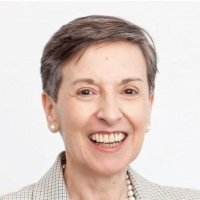 Chair, Board of Directors, Transparency International