And Along Came COVID: Working Towards Gender Equality in Lebanon 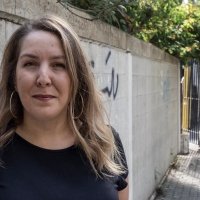 “It was bad enough as it was, the last thing we needed was this pandemic,” my friend tells me as we sit down to lament months of disappointment. On October 17, 2019, Lebanon witnessed the first nation-wide protests against the political elite that have ruled the country through corruption, sectarianism, and violence for over 30 years. Protected by a system of power-sharing, these politicians have devised ways to keep each other in power and keep their communities silent. Every politician enjoys his own media, intricate web of clientelism, and the spoils of the state, each paid for by his foreign patrons. From Iran to Saudi Arabia, different politicians in Lebanon enjoy unlimited support in exchange for money and influence.

The October revolution shook the grounds that they stood on. From North to South, people expressed their desire to uproot the political elite, chanting “all means all of them”, indicating the anti-establishment basis of the movement. Women were and remain at the forefront of this movement and self-identify as the greatest victims of this system. With a high level of sectarianism and corruption comes a high level of patriarchy. We live in a system where rape, violence, murder, wage inequity, and harassment are protected and enshrined through religious courts. So, it was only natural that we revolted. But here are three ways in which the COVID-19 pandemic is jeopardizing our efforts.

With a high level of sectarianism and corruption comes a high level of patriarchy. We live in a system where rape, violence, murder, wage inequity, and harassment are protected and enshrined through religious courts.

The virus requires state policies and intervention in order to help flatten the curve and care for those infected. The revolution called for the formation of a new independent government, but what we got was a Hezbollah-backed government where the same corrupt politicians are again represented. They pursue a version of state feminism through the National Commission for Lebanese Women, and relevant ministries, which suits their sectarian interests. Lebanon’s version of state feminism is like some sort of breakfast club; seeking funds from donors, and holding events with no real impact on structural obstacles against gender equality as well as on legislation, policy, or implementation. State feminism at the center renders the voices of feminist collectives, activists, and NGOs secondary or silent because the state – which we mistrust – is responsible for responding to and framing the impact of COVID-19 on women’s lives.

We now not only face financial collapse and austerity but increased policing of public spaces. More army and security forces have been deployed against protestors, killing one young civilian in Tripoli in May and injuring others over the past week. This extends to securitizing women’s bodies and women’s private lives. It is not a coincidence that violence against women has increased while actual trials and accountability have decreased, because women cannot trust the police nor the courts that have the final say over their own safety.

The revolution, to a large extent championed women’s voices and ensured that we had a seat at the table. From revolutionary slogans, to coordination committees, to new unions, new political platforms, and media outlets, women are playing leading roles in reshaping the narrative and focusing the fight on the pillars of the Lebanese sectarian system. But with the novel coronavirus, women’s issues are seen by the state as secondary to the problem at hand. The challenges identified by the government are health, financial, and security related and nowhere in its understanding are these issues gendered. The extent to which we, as the biggest victims of this system, are able to put forward our priorities and influence the agenda, depends on the extent to which we have access and are represented in decision-making circles that influence our lives.

Today, as the lockdown loosens and our movement becomes less restricted, we have an opportunity to get organized and continue challenging the pillars of Lebanon’s political system. Without a political platform that carries our voices into government, parliament, and the judiciary, we continue to be under threat. The pandemic may indeed be the last thing we needed, or expected, but it may also be the crisis that pushes us to amplify our leadership and our demands. Because quarantine not only isolates us individually, it cripples us and polices us collectively. It is in this collective suffering and shared struggle that we are finding new ways to not only overcome COVID but use it to unpack the ways in which this system and its institutions keep us subjected to injustice and violence. Revolutions are not all about taking to the streets but also about building collectives that last long after moments of mobilization and crisis; that is the path forward we have in a post-corona or semi-post-corona Lebanon.