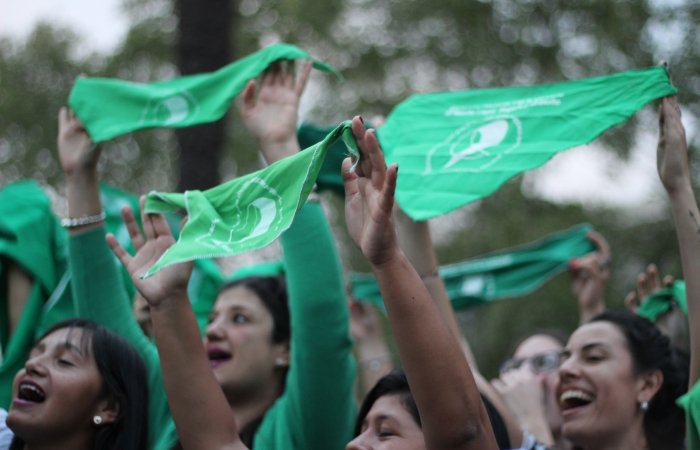 In this episode of the Latin American Program’s “Two the Point,” host Benjamin Gedan is joined by Daniel Politi, a contributor to The New York Times based in Buenos Aires, to discuss Argentina’s historic vote in December legalizing abortion, how pro-choice campaigners pulled it off just two years after lawmakers rejected similar legislation and whether activists can replicate their success elsewhere in the region.

On December 30, 2020, Argentina’s Senate voted to legalize abortion, two years after senators voted down similar legalization. The swing votes represented a broader embrace of abortion rights by female and Peronist lawmakers. Nearly six in ten female lawmakers and seven in ten lawmakers from the governing Frente de Todos coalition voted in favor. Younger lawmakers also supported the bill in overwhelming numbers: Millennials (born after 1982) voted 35 to 10 in favor. The success for abortion rights campaigners followed years of activism that overcame opposition from conservative Catholics and Evangelicals, particularly in Argentina’s northern provinces. It was also a victory for President Alberto Fernández, who campaigned on this issue in 2019 and notched few other achievements in his tumultuous first year in office.

The consequences of the historic decision could be felt far from the Palacio del Congreso in Buenos Aires. Argentina was not the first country in Latin America to permit abortion; it is also legal in Cuba, Guyana and Uruguay. But it is by far the largest and most closely watched in a region with some of the world’s strictest restrictions on abortion rights. Immediately after the all-night debate and vote, pro-choice advocates began predicting a marea verde. (Human Rights Watch’s José Miguel Vivanco said Argentina might’ve catalyzed an “efecto dominó.”)

It is too soon, however, to judge the regional reverberations. Argentina’s women’s rights movement has already inspired activists throughout Latin America, who have adopted the pañuelo verde as their symbol. But the legislative victory could also mobilize abortion opponents, who see the vote as a cautionary tale that could help Catholic and Evangelical leaders elsewhere beat back similar strategies. Moreover, the fight for abortion rights is not always waged on the same terrain. In Colombia, for example, activists have sought abortion rights through the courts; earlier in 2020, Colombia’s high court considered a high-stakes abortion case, though it did not issue a consequential ruling. Similarly, in Brazil, opposition from far-right President Jair Bolsonaro makes litigation the most likely route to greater reproductive rights. In Chile, meanwhile, women’s rights groups are focused on the constitutional reform process approved in a 2020 plebiscite, a process designed to address demands for better gender, healthcare and social equality. In Mexico, legalization could proceed piecemeal, as abortion is already legal in Mexico City and Oaxaca. Either way, Argentina’s abortion vote has succeeded in raising the profile of this issue, and in demonstrating the power of grassroots campaigners even when up against entrenched interests and seemingly unmovable social norms.