Backsliding on the Law is an Attack on Women's Rights 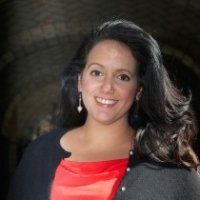 Given the longevity of Yemen's conflict, there needs to be a protection mechanism that stops these rampant abuses on women's rights.

Late 2017, Noura al-Jarwi joined her friends in a peaceful all-women protest demanding the release of abducted members of her political party. She did so with confidence, as peaceful demonstrations were a regular practice since Yemen's uprising in 2011. Moreover, she knew she would not be harmed in any way by the security forces, because customary tribal laws protected women from abuse. However, Noura and dozens of women with her were beaten up by other women in the march. They were later on arrested and put in jail. This very public humiliation of women activists was unprecedented in Yemen's history, not only because it violates state laws, but because it goes against strong societal moral codes that consider it dishonorable to mistreat women.

Unfortunately, Yemen's current conflict increased the vulnerability of women. The pro-Iran Houthi militia, which dominates the northern part of the country since 2014, has shown a blatant disregard not only for state laws but customary tribal rules that were held by tribes over centuries.

As a non-state actor who control of the capital and state institutions, Houthis have become obsessed with security and controlling all aspects of life down to the household level. The women who beat up the protesters were part of an all-women militant force, known as al-Zainabiat, tasked with issues that would be difficult for the Houthi militia to do, such as surveillance, indoctrination, and beating up of other women. Houthis' chose women to abuse other women to circumvent societal boundaries that forbid men from physical contact with women. As such, the Zainabiat gives Houthis further access and deepen their control.

Houthis' sham trials and imprisonment of a large number of women, including activists, under prostitution charges, is also another example of how non-state actors silence opposition and repress women's voices. These smear-charges tarnish women's reputation and galvanize the society against them. Other leading activists who work with human rights organizations have been arbitrarily detained and released only after paying excessive bail and signing affidavits requiring them to give up political rights and
refrain from reporting on Houthis’ abuses.

The violence and unpredictability due to such arbitrary regulations have succeeded in suppressing women’s voices. The shrinking space for participation had led to a significant influx of women fleeing their homes into government-controlled areas, or abroad.

Given the longevity of Yemen's conflict, and the inability of women to find protection from either their state or customary laws, there needs to be a mechanism that stops these rampant abuses on women's rights and preserve their dignity. International organizations that are working to end Yemen’s conflict have to find programs to support independent civil society activists inside the country and the diaspora. Non-state actors will not give women their freedoms willingly. Yemen’s society will be forever altered if women’s rights are not protected because Houthi doctrine will force them to give up their cultural identity and political rights. There is no time to loose.