The COVID-19 pandemic has posed significant social challenges in many countries, including Bahrain. These challenges, in turn, affect the personal protection of women against domestic violence. In Bahrain, the pandemic has revealed the absence of a unified database on domestic abuse cases. This is due to the weak coordination between three main entities: civil society organizations, the Supreme Council for Women, and security forces.

In Bahrain, the pandemic has revealed the absence of a unified database on domestic abuse cases.

Dr. Huda Al-Mahmoud, head of Dar Al Aman Shelter for Women confirms this claim by arguing that, “the center has documented two domestic violence cases related to COVID-19. There will probably be an increase in cases, but there is no common database that we can rely on. Many cases of abuse remain unreported because many women prefer to remain silent due to fear or social restrictions.”

During the pandemic period, the state has mobilized its energies to provide a social safety net by activating family departments in police stations that document, protect, and follow up on cases of domestic abuse. The state has also allowed women employed in the government sector to stay home in order to care of their families, while simultaneously continuing to receive their monthly salaries. Fearing the possibility of laying off workers, the government plans to pay the salaries of both, female and male employees working in certain institutions of the private sector for a three-month period.

The Supreme Council for Women led by Princess Sabeeka Sabika bint Ibrahim Al Khalifa has undertaken several initiatives to support women. The Council has served more than six thousand families by providing in-kind assistance, psychological, family and economic counseling, as well as judicial and educational services. A direct support service was also allocated through the council’s "Women's Support Center" which provides women with a tool of communication through a chat system. This makes it easier for women to get in touch with the center and to obtain the needed support.

For their part, civil society organizations have also mobilized efforts during the pandemic by providing women with psychological counseling through an established hotline. However, according to Bahraini women’s rights activist Farida Ghulam, COVID-19 has not created any change in reported cases of domestic violence against women. She adds, “as we follow up and monitor incoming cases, most women's support centers keep asking for help in family and psychological counseling and on methods to deal with this period.”

However, according to Bahraini women’s rights activist Farida Ghulam, COVID-19 has not created any change in reported cases of domestic violence against women.

In parallel, a number of doctors and psychological counselors have launched a similar initiative that provides free medical consultations during the pandemic. Dr. Sharifa Swar, a psychotherapy and cognitive behavior specialist, confirms that there is an increase in the number of women who have been subjected to psychological pressure by staying home to take care of their children without the support of their partners.

In conclusion, we can argue that Bahrain has not witnessed a significant or steady increase in domestic violence against women, in comparison to other countries during the COVID-19 pandemic. This is due to the fact that the state has not enforced a complete lockdown, but rather reduced the movement of work within institutions to the lowest levels, and only mandated the most vulnerable groups to work from homes.

This in turn eased the direct friction between married couples. In addition, the initiatives undertaken by the government and civil society institutions provided women with reliable support systems that played an important role in reducing the pressure that women face during this difficult time.

However, the biggest and most critical gap remains the absence of a common database among Bahraini agencies which can help in better coordinating efforts and setting a joint national strategy to confront domestic violence against women. 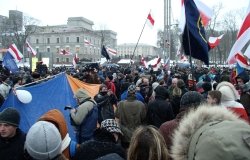