Beirut: A Symphony of Broken Glass 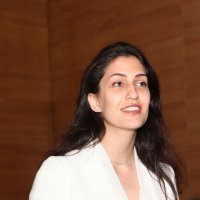 It’s been three weeks since an explosion shook my hometown, Beirut. Three weeks since more than 200 Lebanese lives were lost, 5,000 others were injured, and 300,000 became homeless.  Many more are still missing – buried in the rubble.

If you’ve been to Beirut, then you’ve been to the Paris of the Middle East. Or at least that’s what the word across town used to be. Beirut is one of the oldest continually inhabited cities in the world. Until mid 6th century, the city was the center for the study of Roman law. At its center today is the first American University in the region. Beirut is the city were the likes of Gibran Khalil Gibran and Amin Maalouf were born. Walking in Beirut was like walking across the world in 80 minutes. Beirut, the city where cultures intersected, where art surrounded you, where the music never stopped, and where lovers met. Beirut was the city of self-enlightenment and the city that never slept. Until August 4, 2020.

A typical morning in Beirut involved waking up to the voice of the world-famous singer Feiruz and the smell of fresh coffee simmering on the stove as your mom leans out the window to loudly invite her neighbor to the morning chit chat ritual. It consisted of restless sleep interrupted by the revving of motorcycles and the shouts of the produce delivery man who insists on parking and unloading in the middle of a two-way street. It included a walk by the corniche to the sound of crashing waves, fishermen cheering as they pulled in a fresh catch, and the newspaper man sitting under a multicolored umbrella on an upside-down paint bucket. It included the famous toasted ka’ak (our version of a bagel) and Picon cheese with za’atar from street vendors amidst the incessant honking of taxis cabs. And it most definitely included the intolerable traffic created by bus number 15 and van number 4, resulting in a 30-minute delay to your morning commute.

In Beirut, a person could be whoever they want to be, with no societal pressures or preconceived notions of what it is to be you.

A typical evening in Beirut would have included an early dinner at home, then eagerly picking up seven of your friends in a car that fits only five. It looked like a black canvas draped over high-rise apartments illuminated by the flashing lights of sandwich vendors and bars. It consisted of midnight trips to Byblos, watching bands play on Mar Mikhael’s (or MK as we call it these days) famous stairs while leaning against a stranger’s car with the Lebanese Almaza Beer in one hand and a lover’s hand in the other. It involved an over-priced taxi ride back home because, to the best of you, you can’t seem to remember where you parked your car last. It included late night chats with strangers about hopes, dreams and past lovers. In Beirut, a person could be whoever they want to be, with no societal pressures or preconceived notions of what it is to be you.

Beirut was blissful and loud. It was like watching your favorite concert on repeat. If you’re lucky enough, you might catch a few minutes of quiet, only as the players gear up for their next set. From sunrise till sunset, Beirut was a fast-paced city where people never slept and where the music never stopped. This however, was only one side of the coin. In reality, Beirut was no stranger to violence. In fact, it was the epicenter of the 1975-1990 Lebanese civil war. Likewise, since 2004, Beirut witnessed several assassinations of notable figures, including former prime Minister Rafiq Hariri, Marwan Hamadeh, Samir Kassir, Gebran Tueni, Pierre Amin Gemeyal, Mohamad Shatah.

The explosion is a representation of the political reality in the country: perpetual chaos with a fragmented state infrastructure and economy. A state with no hierarchy of power or chain of command. A state lacking a unified national vision.

After August 4, a typical walk in Beirut also included incessant noise, but this time it was not the hustle and a bustle of Feiruz or street vendors, or of gridlocked traffic. It was the crunch of broken glass – millions of shattered pieces being swept away by thousands of plastic brooms. Broken glass from houses hundreds of years old, where generations of brilliant minds were born, suddenly demolished by an unprecedented explosion of negligence and poor governance. The explosion is a representation of the political reality in the country: perpetual chaos with a fragmented state infrastructure and economy. A state with no hierarchy of power or chain of command. A state lacking a unified national vision. A state lacking any cooperation between its political parties, who rule their distinct territories on their own terms. A state which has long entertained international support from the United States, France, Iran and Saudi Arabia, while overlooking local support. The August 4 explosion is a symbol of decades of mismanagement, corruption and negligence.

To the trained eye, the story of pre and post-August 4 Beirut remains indistinguishable. Not much has changed. Beirut was and remains a city built by the same people who destroyed it. A city ruled by the same corrupt ruling class for more than three decades. The same group who have blatantly robbed their citizens from any chance of a proper life. Beirut has always been in a state of organized chaos. Like a matchbox, you only needed a small flame for the entirety of the system to burn down. That flame arrived on August 4.

At 6:07 PM, 2,750 tons of ammonium nitrate exploded in Warehouse 12 at the port of Beirut. Initially, a large fire began, emitting white smoke. Shortly after, a large explosion occurred, followed by a series of smaller blasts resembling repeated gunshots or fireworks. A few seconds later, a monumental explosion erupted, sending an enormous mushroom cloud into the sky reminiscent of a nuclear blast. The shock waves radiated across the city and blew out windows within 9 km from the warehouse. The island of Cyprus, 200 km away from the port, also reported hearing the explosion. Even though the government was aware of the chemicals stored in the warehouse, firefighters were nonetheless called to control the fire, not knowing that they were headed toward their deaths.

After the explosion, more than 200 lives were lost, about 5,000 people were injured and 300,000 became homeless. Roofs of buildings were blown off, homes fell to the ground, and hospitals were destroyed. A walk in Beirut after 6:00 PM on August 4 resembled the aftermath scene of a war movie. The part where all the eye can see is grey from the rubble, dust, and smoke, yet the color of blood stands out even more. Walking anywhere near the port at 6:07 PM on August 4 would have deafened you, left unable to hear the people screaming at the top of their lungs all around you – oblivious and in shock, trying to comprehend the nightmare. Despite this carnage, survivors remain emotionally and mentally numb.

Beirut today is a term used to describe a failing state. A state where world leaders run to the rescue while its own players enjoy a perpetual sleep. A state in which the word “resilience” has lost meaning. We have overused it to convince ourselves we can handle any storm that comes our way. A state which has survived a devastating 15-year civil war, which people still refuse to talk about today. Not because of the pain of recounting its destructive events, but because of their confusion about whether the war ever really did end. Beirut, a city where the sea takes a heavier load and does a better job in saving lives than political elites do. Beirut today is a city in mourning. It is mourning the lives of the hundreds of innocent lives that lost due to political negligence. It is suffering from the burning grief and post-traumatic stress of not only those directly affected by the explosion, but by every Lebanese citizen.

Due to the distinct lack of commitment from the Lebanese authorities, life in Beirut will never be the same. Life after August 4, 2020 includes sleepless nights reciting as much of the 200 names of the victims as the mind could recall, including the ten fire fighters who were sent to put out the fire at the port of Beirut: Ralph Malahi, Sahar Fares, Najeeb Hati, Elie Khazmi, Charbel Hati, Joe Noon, Charbel Karam, Joe Busaab, Mithaal Hawa and Rami Kaky. Joe Akiki, another lost victim, whose mother’s cries created an emptiness inside us all, will never be forgotten. Fifteen-year-old Joseph Khoury, who succumbed to his injuries last week, will never be forgotten. Life now includes jumping at the noise of a door closing too fast. It includes the unnecessary fear of dying from unnatural causes at any random instant. It includes a lengthy hug before leaving your house because deep inside, you know that anything is possible and nothing is truly safe anymore – not in Beirut.

Beirut, the city where mothers shed more tears at funerals than they do at airports waving temporary goodbyes to their families.

It’s been three weeks since the once cheerful music of Beirut was distorted by a terrible blast. It is now painful and sharp, but still loud. Loud with cries for lost lives and anger over an unempathetic, shameless, ruthless political class.

Beirut is a symphony of broken hearts – and broken glass.