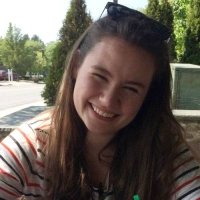 A bibliography of all Wilson Center publications, video interviews, and archival documents that relate to the history of the Berlin Wall.

August 13, 2021, marks 60 years since the construction of the Berlin Wall, a watershed moment in the Cold War. With the building of the Wall, the political and physical landscape of the world’s most contentiously fought-over city was upended overnight. The division of Berlin remained a stark reminder of the fractured reality of European politics for decades to come, until the fall of the Wall in November 1989.

In recognition of this anniversary, the History and Public Policy Program has created a bibliography of all Wilson Center publications, video interviews, and archival documents that relate to the history of the Berlin Wall.

Hope Harrison discusses the unexpected connection between the Berlin Wall and the Civil Rights Movement in the United States.

“Germany 30 Years After the Fall of the Berlin Wall,” Wilson Center NOW (November 2019)

In conversation with John Milewski, Hope Harrison discusses her book, After the Berlin Wall: Memory and the Making of the New Germany, 1989 to the Present. Using an extensive range of archival sources and interviews, the book profiles German citizens who have fought to commemorate the history of the Berlin Wall and examines their roles in the creation of a new German national narrative for the 21st Century.

“Berlin: The Border and Memory,” The Wilson Quarterly (Fall 2019)

In this issue of Wilson Quarterly, Hope Harrison and Steve Weinberg ponder the enduring legacy of the Berlin Wall. How has it been remembered? What does that say about national identity in contemporary Germany?

“How Two-Thirds of the Berlin Wall Ended Up in the US,” The Wilson Quarterly (Fall 2014)

Anne Elizabeth Moore and Melissa Mendes use visual history to illustrate how so many pieces of the Berlin Wall ended up on American soil.

“From Shame to Pride: The Fall of the Berlin Wall Through German Eyes,” The Wilson Quarterly (Fall 2014)

The fall of the Berlin Wall in November 1989 was a cause for international celebration. For many Germans, however, the memory of the Wall's demise soon proved distinctly uncomfortable. After years of living in its shadow, there was a strong impulse to ignore the Wall and its horrors entirely— even if that meant not discussing the historical enormity of its collapse. Hope Harrison explores how Germans ultimately learned to embrace this moment in their history.

Hope Harrison introduces a newly-declassified transcript of an August 1, 1961, meeting between Nikita Khrushchev and Walter Ulbricht on the subject of closing the border in Berlin.

Hans-Hermann Hertle and Maria Nooke compile a special report summarizing the findings of a research project conducted by the Center for Research on Contemporary History Potsdam and the Berlin Wall Memorial Site and Documentation Center, which sought to establish the number and identities of the individuals who died at the Berlin Wall between 1961 and 1989.

“Exploiting and Securing the Open Border in Berlin: The Western Secret Services, the Stasi, and the Second Berlin Crisis, 1958-1961,” CWIHP Working Paper #58 (February 2009)

Paul Maddrell utilizes translated documents from the Main Department IX (Hauptabteilung IX) of the East German Ministry of State Security (MfS, better known as the Stasi) to better understand the growing contest between Western intelligence agencies and Communist security services in the years leading up to the construction of the Berlin Wall.

Hans-Hermann Hertle explores the final, dramatic months of East Germany. Drawing upon recently declassified documents from multiple GDR archives, as well as interviews with "main actors'' from both German states, the Soviet Union, the United States, Great Britain, and France, Hertle's paper seeks to create an accurate picture of the circumstances surrounding the fall of the Berlin Wall.

Douglas Selvage introduces the minutes of a November 10, 1958, meeting between Nikita Khrushchev and Polish leader Władysław Gomułka. The conversation sheds light on  Khrushchev's thoughts regarding the Berlin situation in the weeks before issuing his “November 27 Ultimatum” to the Western powers.

“The End of the Berlin Crisis: New Evidence From the Polish and East German Archives,” CWIHP Bulletin Issue 11 (Winter 1998)

Douglas Selvage introduces records that demonstrate Khrushchev's fears of an Western economic embargo against the GDR and the Soviet bloc.

Using declassified documents from the Soviet archives, Vladislav Zubok examines the driving forces and constraints behind Nikita Khrushchev's actions during the Berlin Crisis.

“Ulbricht and the Concrete ‘Rose’: New Archival Evidence on the Dynamics of Soviet-East German Relations and the Berlin Crisis, 1958-61,” CWIHP Working Paper #5 (May 1993)

Hope Harrison argues that the East German influence on Soviet policy during the Berlin Crisis was much more significant than previously realized.

William Burr discusses the difficulty of obtaining an accurate picture of the Berlin Crisis due to the lack of available Soviet, East German, and American primary documents.

Documents on the history of the Berlin Wall, beginning with the conditions in Berlin and East Germany following WWII and the history of the wall's construction in 1961, then followed by the 1971 Four Power Negotiations on the status of Berlin, and the final tearing down of the Wall in 1989.

Assessment by the East German State Police, or the Stasi, of changes to operations made by the main Western secret services in response to Khrushchev's November 1958 diplomatic note to the United States, Britain, and France, which demanded an end to the occupation of West Berlin.

Letter from Ulbricht to Khrushchev, January 18, 1961

Walter Ulbricht writes to Nikita Khrushchev regarding proposals for a peace treaty, or possibly a non-aggression pact, to resolve the growing West Berlin issue. He also discusses further plans for economic development in the GDR to "catch up" with West Germany.

Letter from Ambassador Pervukhin to Foreign Minister Gromyko on the German Problem, May 19, 1961

Ambassador Mikhail Pervukhin reports to Russian Foreign Minister Andrei Gromyko on the position of the East German government regarding the possibility of a peace treaty between the Soviet Union and East Germany and a resolution to the ambiguous status of Berlin. The report also discusses the possibility of enforcing better border controls between east and west Berlin in order to "close the door to the West."

Notes on the Conversation of Comrade N.S. Khrushchev with Comrade W. Ulbricht, August 1, 1961

Transcription of a meeting in Moscow between Nikita Khrushchev and Walter Ulbricht on August 1, 1961. They discuss plans to close the border between East and West Berlin.

Letter from Ulbricht to Khrushchev on Closing the Border Around West Berlin, September 15, 1961

Ulbricht writes to Khrushchev regarding the closing of the border between East and West Berlin.

Letter from Khrushchev to Ulbricht Regarding the Situation in Berlin, September 28, 1961

Khrushchev’s response to Ulbricht's 15 September letter regarding the closing of the border between East and West Berlin. He notes that since the Western powers were tending toward negotiation rather than confrontation over the crisis, "such steps which could exacerbate the situation, especially in Berlin, should be avoided."

East German Ministry of State Security, ‘Brief Assessment of the Investigation Results Achieved in 1961 In Work On Crimes of Espionage’, January 9, 1962

Assessment by the Stasi of the espionage conducted by main Western secret services in East Germany based on its investigation of cases of spying in 1961.

Cable from Ambassador Rush to Kissinger Regarding Four Powers Negotiations on Berlin, August 13, 1971

US Ambassador Rush informs Kissinger on the progress of negotiations between the Soviet Union, France, Great Britain, and the United States on the status of Berlin. He reports that negotiations have gone well, aside from difficulties with the British and French ambassadors.

Ronald Reagan's famous speech in which he advises Soviet General Secretary Mikhail Gorbachev to "tear down this wall!"

Information Note from the Romanian Embassy in Berlin to the Ministry of Foreign Affairs, November 7, 1989

Note from the Romanian Embassy in Berlin to the Ministry of Foreign Affairs regarding continuing protests in the streets, the proposal to allow freedom to travel to foreign countries, the demands by the population for the removal of the Politburo and all its ministers, and the movement towards the economic integration of the GDR with the FRG.

In this extraordinary conversation, Solidarity’s leader fears the collapse of the Wall would distract West Germany’s attention - and money - to the GDR, at the time when Poland, the trail-blazer to the post-communist era in Eastern Europe, desperately needed both. "Events are moving too fast," Walesa said, and only hours later, the Wall fell, and Kohl had to cut his Poland visit short to scramble back to Berlin, thus proving Walesa’s fear correct.