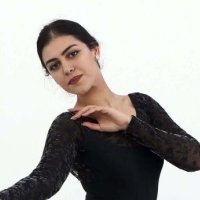 “The woman is half of the society; any country which pursues development should not leave her in poverty or illiteracy.”

These are the words of the late founding father of the UAE – HH. Sheikh Zayed Bin Sultan Al Nahyan, a man whose values are celebrated to this day for his open and progressive beliefs especially towards women and the role they play in society. He saw their potential, encouraged them to take up leadership roles and stressed the importance of treating women with respect. Women in the Middle East today outnumber men in universities; 65% of graduates are women, even in Saudi Arabia 60% are women. Has this always been the case? No, women all over the world have struggled against inequality and restrictive practices in education, the workforce, and family roles. However, these oppressive practices do not come from religion itself – as is often claimed – but are part of local cultural traditions. Strategies to change societal norms have proven effective over time. We see that now with Saudi Arabia more than ever. How so? Leadership plays a key role in altering mindsets and achieving change, which is why every few years with the progression of a country, the laws are adapted accordingly. Not all, but most.

Leadership plays a key role in altering mindsets and achieving change, which is why every few years with the progression of a country, the laws are adapted accordingly.

At a young age, I started training ballet and excelled. At age 14, I was judged by the way I dressed on stage while performing a classical solo ballet and that associated me with disrespecting myself as an Arab, Emirati, and a Muslim woman. 15 years later, I am celebrated for my achievements being the first Emirati ballerina and continue doing what I love alongside many other leading Emiratis who are first to compete in new arenas such as figure skaters, formula one drivers, pilots, cabinet members, exhibition curators and so on. I came to the realization that true change can only be made when we educate ourselves with what we do not know or understand. Cultural mindsets can only change when accept others for who they are.