Explore More
Close
Blog post
Human Rights
Da’esh Systematized Perversion and Dared to Call it “Islam”
By Lynn Zovighian on August 3, 2022
Share on FacebookShare on TwitterShare via Email
SharePrint
Part of the Toward Digital Transformation in MENA
Blog post

Bringing Women to the Forefront of Entrepreneurship

Startups led by women have proven to spend less and outperform enterprises led by exclusively male teams by over 60 percent in terms of return on investment.

As the Gulf Cooperation Council (GCC) leads efforts in the Middle East and North Africa (MENA) region to foster ecosystems of innovation and entrepreneurship, with most startups in the ecommerce, fintech, transport and delivery sectors, agritech, climate tech, women-led ventures still lag behind. Despite MENA women becoming increasingly educated and gaining greater access to information and media, they lack resources, opportunities, and support to start a business. Women surpass men in graduation rates by over 100 percent, yet only about 14 percent of the region’s startups are led by women and 1 in 7 investments are in women-led companies.

While cultural and social norms can explain some of this imbalance, the lack of female leaders in the private sector (which is gradually changing) is also notable. Additionally, international investors are less likely to fund women-led companies, an unfortunate reality proven time and again, even in the most progressive ecosystems.

Startups led by women have proven to spend less and outperform enterprises led by exclusively male teams by over 60 percent in terms of return on investment. This success can often be attributed to the fact that women must overcome more obstacles than men to gain funding, including restraints in male-dominated sectors, family restrictions, or societal norms. By the time a woman obtains a meeting with an investor, she knows her chances are slimmer, and so she will come dually prepared.

The inclusion of women in the innovation ecosystem is not just a matter of gender equality, but also holds the potential to benefit the collective. Data shows that if women and men participated equally as entrepreneurs in the global economy, global gross domestic product (GDP) could rise by approximately 3 to 6 percent, generating $2.5 trillion to $5 trillion, and bringing more prosperity to disadvantaged parts of the world.

As the MENA region’s innovation ecosystem grows exponentially, it attracts more capital, innovators, venture capitalists, and international development finance entities. Efforts like ours are crucial to bring women to the forefront of these developments. DANA works with innovative female founders, and across the realms of research and development, angels, venture capital, innovation, academia, and media to manifest a sustainable future, led by women, benefitting all. 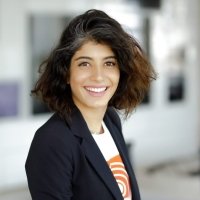 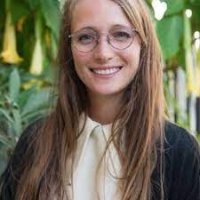