Canada Has a Nuclear History, Too, Eh?

Although successive Canadian governments have denied that their country is a "nuclear power," Susan Colbourn and Timothy Sayle argue that Canada has nevertheless been deeply enmeshed in international nuclear history due its natural resources, trade relations, geography, and alliances.

“It is well known,” one set of diplomatic talking points asserted in 1982, that Canada is “not now and never has been a nuclear power.” And yet Canadian natural resources and scientists contributed to the earliest atomic bombs; Canada provided storage and basing for the bombers of Strategic Air Command; the Canadian Armed Forces were equipped - for a portion of the Cold War, at least - with atomic arms in both North America and Europe; and Canada participated in the development of Western nuclear strategy.

Not a nuclear power? Successive Canadians governments were certainly eager to endorse that claim. In doing so, they became “nuclear Victorians.”[1] Not unlike earlier Victorian mores on intimate relations, they adopted a practice of not speaking about such matters in public while engaging in them fervently in private. This attitude, perhaps, explains why Canada remains overlooked in many international nuclear histories.

Even before the Second World War, natural resources enmeshed Canada in the atomic age.  Gilbert LaBine discovered the first uranium deposit at Great Bear Lake in 1930. By September of 1945, the Zero Energy Experimental Pile (ZEEP) at Chalk River, Ontario became the first reactor to go critical outside of the United States. At the end of war, the Government of Canada was eager to demonstrate its important role in bringing about the atomic age. In August of 1945, mere days after the bombings of Hiroshima and Nagasaki, Canadians boasted of their longstanding ties to atomic science. The Department of Reconstruction’s press release, announcing the country’s participation in the Manhattan Project, pointed to Canadian entanglements with the atom dating back to 1899 when Ernest Rutherford – a New Zealander – began working on radioactivity at the McGill Laboratories. Later, when it came time to draft an official history of the Anglo-American-Canadian effort to develop atomic power, the Government of Canada had to push, and did push, to include Canada in the official account.[2]

Canadian officials elected to forego the most common symbol of the atomic age: a nuclear weapons program of their own. But this did not mean that Canadians did not rely on nuclear weapons for their security and prepared to wage nuclear war if necessary. As atomic secrets came to be more closely guarded in the early Cold War, and as Canada came to play a bigger part in maintaining the U.S. nuclear umbrella, Ottawa was less and less willing to trumpet its nuclear role.

By virtue of its bilateral defense relations with the United States, Canada was privy to early discussions on US nuclear planning and participated in combined intelligence appreciations of the Soviet nuclear threat. Canadian territory was critical to the operations of Strategic Air Command. As a result, the Canadians were able to transform a promise of consultation on the use of nuclear weapons into an ongoing regular discussion and consultation of nuclear issues with their American allies far before any such mechanism existed in the North Atlantic Treaty Organization (NATO). When, later, the alliance as a whole took up the questions of whether and how NATO might make the decision to launch nuclear weapons, the Canadians had already studied these issues for years, and brought their expertise to alliance-wide discussions.

The possibility that US – and even Canadian – forces would launch nuclear warheads over Canadian territory meant the Canadian government remained constantly seized of questions related to nuclear control, nuclear strategy, and nuclear intelligence. The records of the Government of Canada, then, are key sources for understanding Canadian nuclear history but also to understanding nuclear history more broadly. They offer a window into NATO’s past, in particular: both the difficult debate over NATO’s possible demonstrative first use of nuclear weapons during the Berlin Crisis,[3] and the broader debate over NATO’s role in the command and control of nuclear weapons.[4]

While sheltering under the US nuclear umbrella, Canadians also debated their role in holding up that umbrella – and whether they should have a role at all. In the early 1980s, concerned citizens and anti-nuclear activists opposed Canada’s role in perpetuating the arms race and linked their struggles against US cruise missile testing on Canadian territory with the demonstrations taking place across the Atlantic against the Euromissiles.[5]

Making sense of Canada’s nuclear history, particularly its Cold War chapters, has been made easier with the release of previously restricted materials from Library and Archives Canada. Several scholars have made use of Canada’s Access to Information Act to gain snippets of Canada’s nuclear history.[6] The Documents on Canadian External Relations series, the Canadian equivalent to the Foreign Relations of the United States volume, is also a crucial resource for study.[7] But increasingly, historians have been requesting declassification of whole archival files that allow for a richer study of these issues, exploring new questions and revisiting old ones.[8]

Yet, this has only scratched the surface. Canadian archival records on the planned acquisition of nuclear-powered submarines in the late 1980s – the subject of one chapter in The Nuclear North - offer a glimpse into a much more complex international story, one that involves the United States, the United Kingdom, France, and the International Atomic Energy Agency.[9]

Peeling back the layers of Canada’s nuclear history, bridging the divide between what Canadian policymakers talked about in public and the courses of action they debated in private, remains rich with avenues to explore. And Canada’s nuclear history extends in countless directions. Some – like those mentioned above – probe larger questions about the command and control of nuclear weapons at NATO or how the United States’ extended deterrent operated in practice. Others might follow the spread of nuclear technologies, such as the sale of Canadian nuclear reactors across the globe, from Argentina to South Korea.

Canada’s entanglements with the atomic age were complex and varied, influenced by the country’s natural resources, trade relations, geography, and alliances, to name but a few. Canadians observed the testing of atomic weapons, facilitated the spread of nuclear technologies, and grappled with the environmental consequences of mining and refining parts of the bomb.

The Nuclear North: Histories of Canada in the Atomic Ageseeks to highlight exciting work by a number of scholars working in this field. But we also see it as a beginning and hope it will serve as a catalyst, encouraging more engagement between international nuclear historians and Canada’s atomic age. There is still so much more of Canada’s nuclear history left to be written.

[9] Susan Colbourn, “Who’s Going to Invade Arctic Canada, Anyway?: Debating the Acquisition of the Nuclear Submarine in the 1980s,” in The Nuclear North, 133-52. 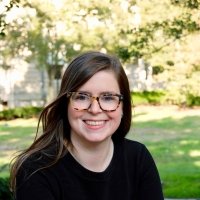 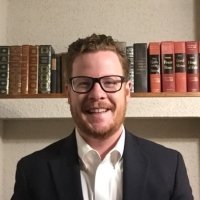