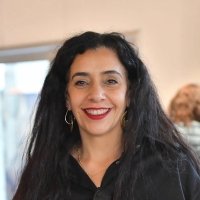 Palestinian women face several challenges in regard to leadership in society, comparable to global standards.  Unfortunately, there are very few women in leadership positions across various sectors, especially in the private sector. A major factor are cultural norms that restrict women to remain in traditional female professional roles, not leaving much room for advancement. Young girls are missing role models to look up to, which hinders their aspirations for moving up professionally. Additionally,  very few opportunities are given to women to access those leadership roles.  Palestinians face an unemployment rate of over 25%. Those who are working are satisfied in just keeping their jobs, and advancing into leadership roles, which makes it more challenging for women to advance into a leadership role, specifically in the majority of men-led businesses.

There is also a lack of business enabling environment to support female entrepreneurs. Access to funding and loans for women entrepreneurs is difficult, due to their inability to provide collateral and guarantees; since women lack control over financial resources and land ownership. Most of the funding projects for development of women entrepreneurs focus on livelihoods initiatives, rather than empowering potential women leaders and creating agents of change in our society.

National legislation regarding gender equality in regard to land ownership, inheritance, protection from gender-based violence and equal rights has been challenged by women’s rights organizations in the last 25 years, however progress is slow, as the national priorities focus on ending Israeli occupation, rather than perceived secondary issues related to women’s rights and women’s empowerment. In addition to the classic “glass ceiling” that women face all over the world, Palestinian women deal with a “concrete wall” that restricts the freedom of movement, access to supplies and resources, opportunities for export, and isolation.

Female participation in the Palestinian workforce is progressing as it has reached 19%, doubling in comparison to seven years ago; however, it remains the lowest in the MENA region.  Women are continuing to get college educated, as women make up 50% of those enrolled in local universities.  We see more women taking control of business ideas and moving forward with creating start-ups and new businesses.  We need opportunities and support, specifically in supporting female entrepreneurs in those areas of formalizing their businesses, as well as access to finance.

Progress is most evident, in the amount of young female entrepreneurs taking initiative in working for themselves, instead of working in sectors led by men.  For example, since opening our showroom, Living Cultures, in Ramallah, we have witnessed an increasing amount of young female designers building their own brands and companies, becoming new leaders of tomorrow within their sectors. We created a space to host female artists and to promote their work. It is very inspiring to see the resilience of Palestinian women entrepreneurs being creative, despite the numerous obstacles, especially the challenges of life under occupation.