Chile’s Soul Searching is Far from Over 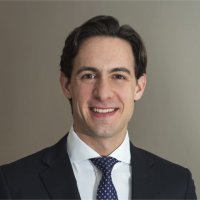 In a stunningly lopsided defeat, Chilean voters overwhelmingly rejected a new constitution in a referendum on September 4. Investors greeted the results with enthusiasm. After all, the proposed changes would have meaningfully weakened checks and balances, property rights and the ease of doing business in a country long considered friendly to private enterprise.

Investors greeted the results with enthusiasm.”

That said, Chile’s sociopolitical transformation, which began in 2019 when social unrest erupted following a subway fare hike in the capital city of Santiago, is far from complete. There is still widespread consensus across society and the political spectrum that the country’s constitution should be amended to give the state a larger role in addressing social demands, ranging from housing and pensions to healthcare and education.

Whether a new constituent assembly drafts a brand new text or the Congress takes responsibility for constitutional reform, Chile is still likely to end up with a new constitution, and the document is expected to command higher public spending and tighter regulation of the private sector. That will have an impact on economic growth and inflation, though the precise nature of the text will determine the depth of this transformation.

As if constitutional reform hasn’t injected enough uncertainty into the country’s investment outlook, Chile’s new government recently presented a comprehensive tax reform proposal to Congress. It contemplates significant changes to the way corporate earnings, dividends, mining royalties and personal income are taxed. It also introduces a wealth tax. Altogether, these changes are designed to increase tax collection by 4 percent of GDP over the next five years. Chilean Finance Minister Mario Marcel visited New York in July, and investor anxiety regarding the proposed tax reform was palpable, particularly among representatives of mining companies. The same was true for private pension fund managers, as Chilean lawmakers are also debating changes to Chile’s pension system.

In recent years, overwhelming public demand for increased government spending has triggered a substantial increase in Chile’s government debt, exacerbated by the pandemic-induced recession of 2020. The currency composition of the country’s debt stock has also been worsening. Gross public sector debt-to-GDP will exceed 35 percent this year, almost 10 percentage points higher than in 2019. Meanwhile, foreign-denominated debt now stands at 35 percent of total sovereign debt, up from 20 percent in 2019.

The good news is that Chile entered this period of deep economic and social stress with a solid macroeconomic framework characterized by low overall debt levels, tools to limit fiscal deficits, a capable and independent central bank and sizable external assets, among other buffers. This strong starting point gives the country ample protection against some of the most extreme potential economic and financial outcomes.

A debt or currency crisis, for example, is highly unlikely, even amid a challenging global backdrop, including rising interest rates in the United States and Europe. The recent $25 billion currency intervention successfully deployed by Chile’s central bank in July was a clear illustration of Chile’s willingness and ability to respond to adverse market conditions. The recent International Monetary Fund approval of a two-year, $18.5 billion flexible credit line will also help ease concerns.

Investors will need to get used to a new Chile.”

Even so, for the time being, investors will need to get used to a new Chile, one with a greater resemblance to its more structurally challenged neighbors in Latin America than to the relatively stable country formerly referred to as “the Switzerland of Latin America.”