Explore More
Close
Article
What Islamists Are Doing and Saying on COVID-19 Crisis
May 14, 2020
Share on FacebookShare on TwitterShare via Email
SharePrint
Blog post 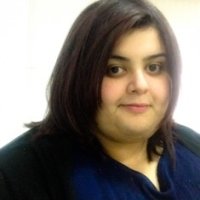 ... the social system, with its customs and traditions forms a barrier to women, whom Libya cannot afford to leave behind.

When Libya signed the Convention on the Elimination of All Forms of Discrimination against Women (CEDAW), the committee’s 43rd session report stated the following: “it is worth mentioning that most current legislations are in accordance with the articles of this convention. In case of disagreement, the convention must be implemented, which is what is stated in Article 23 of the civic law.” This means that all Libyan laws, officially speaking, promote gender equality and the right to equal opportunities and grants women essential benefits and important incentives.

Despite this, women’s political participation is weak and participation in the job market has been less than satisfactory. Women comprised almost half of the national population (approximately 49.1%), but according to Libya’s Census of 2006, their contribution to development efforts does not exceed 30%.

Women in general are virtually absent from leading positions in public and private institutions. For example, women formed a numerical majority in only one field of employment i.e. the education sector. However, women do not hold any leading position within the ministry and were only able to obtain few middle management positions. In other professions such as public administration, agriculture, services, industry and trade, women’s representation ranged from 3.5% to 21%.

The Libyan case is an example of where the legal framework alone cannot enhance women’s status and where the main barrier for women are social norms and cultural mindsets.

During my work and research on women’s issues in Libya, I found quite often that social and cultural norms are among the biggest constraints limiting women’s advancement in Libya. The culture created an environment that systematized gender discrimination in the society, where men lead the decision-making process and thus women's access to services, employment and exclude them from senior positions.  In addition to gender discrimination, this culture has created fear of social stigma, defamation in media (particularly social media) and stereotypes that negatively impact women.

Undoubtedly, the social system, with its customs and traditions forms a barrier to women, whom Libya cannot afford to leave behind. Therefore, serious measures are necessary to enhance the current situation that limits the ability of women for reaching their full potential. This could happen by raising awareness and educating women on their legal rights for equal pay and equal opportunities. In addition, there is a need to change the stereotypes through creating success stories and role models that will inspire women to chart new paths for their future.

Co-founder of Jusoor Centre for Studies and Development
Read More