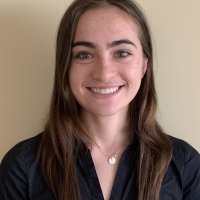 Ten years since the start of the civil war in Syria, seven years of conflicts in Yemen and Libya, and the scourge of ISIS in Iraq resulted in millions of refugees and internally displaced persons (IDPs) in the MENA region. According to the United Nations High Commissioner for Refugees (UNHCR), Syria is the top source country of refugees in the world, with 6.6 million Syrians having fled mostly to neighboring countries. UNHCR estimates Lebanon hosts over 1.5 million Syrian refugees in addition to 16,000 refugees of other nationalities and over 200,000 Palestinians, while Jordan hosts over 740,000 Syrians, Iraqis, and Yemenis. The Jordanian government estimates that there are more than a million Syrians in the country. Since 2014, Turkey has absorbed the world’s largest refugee population, with over 4 million refugees and asylum-seekers.

Households resort to taking on debt to cover their basic living needs, and refugees across the region face continued displacement through eviction and food insecurity.

Most have not regained a sense of security or stable livelihood. In Jordan, 86 percent of Syrian refugees that do not reside in camps are below the poverty line. The combined economic and political crises threatening Lebanon, especially worsening inflation, have led to limited government support. The health and economic impacts of the COVID-19 pandemic augment hardships for refugees. The proportion of Syrian refugee households in Lebanon living in poverty surged from 55 percent to 89 percent in 2020, indicating the vulnerability of refugees to external shocks. Households resort to taking on debt to cover their basic living needs, and refugees across the region face continued displacement through eviction and food insecurity.

A void of formal opportunities

This crisis is caused in part by the lack of employment opportunities for refugees in host countries, which are themselves facing high unemployment amongst their own populations. Jordan is often lauded for its adoption of the Jordan Compact in 2016: in exchange for over a billion dollars in grants and loans from the international humanitarian and development communities, Jordan partially opened employment to refugees by providing 200,000 work permits and guaranteed education to Syrian refugee children.

However, the work permits are limited to the agriculture, construction, and manufacturing sectors – excluding refugees from skilled professions. A valid passport is required to register a business, which only 5 percent of Syrian refugees possess. Finally, the Compact only applies to Syrian refugees, excluding more than 100,000 refugees of other countries from obtaining formal employment.

Only one-fifth of Syrian refugees are eligible to start a business in Lebanon, a country that already lacks an enabling environment for entrepreneurs.

In Lebanon, over 80 percent of Syrian refugees lack legal residency. This contributes to a fear of arrest and detention, disincentivizing efforts to join the formal economy. Only one-fifth of Syrian refugees are eligible to start a business in Lebanon, a country that already lacks an enabling environment for entrepreneurs.

To survive, the majority of refugees rely on informal work and thus are not awarded insurance or job security. Due to the deficit in reliable, formal employment opportunities, the refugee population is reliant on cash assistance and aid, posing a prolonged economic and financial burden to both the host country and international community. The UNHCR estimates $2.648 billion is necessary to cover its 2021 needs-based budget in the MENA region.

While the COVID-19 pandemic devastated refugee communities, it also creates an opportunity to rebuild economies in a more inclusive manner. For example, “refugees were included in national responses and the vaccine rollout from the very beginning. It was a natural thing that they would be included in national health programs,” commented a UNHCR representative in Jordan. UNHCR is working with Ministries of Labor in the region to issue work permits to refugee doctors to meet the high demand for healthcare services. Refugees in Lebanon were also integral to national campaigns for inoculating elder refugees, who were eligible for the vaccine at the onset.

Comprehensive strategies, such as the International Labor Organization’s Approach to Inclusive Market Systems (AIMS) for Refugees and Host Communities, will be the most effective at ensuring long-term success. In addition to enhancing the productive skills of refugees, AIMS identifies and develops promising sectors and value chains to the host country’s economic growth. This two-pronged approach strengthens the entire market system, benefiting both refugee and host country populations. Dr. Jasmin Lilian Diab, Professor of Migration Studies at Lebanese American University mentioned, “In countries all over the world, migrants are seen as a major pillar for economic enhancement… and serve as major drivers of the economy if they are granted adequate human rights and economic rights.”

Through entrepreneurship, refugees can become financially independent from domestic and international aid. They also contribute to and gain a stake in local economies, bridging the gap between refugee and host communities.

This encompasses a larger effort to incorporate refugees into national systems. Entrepreneurship, especially businesses headed by partnerships between refugees and host country citizens, is a strong driver of both economic and social cohesion. Through entrepreneurship, refugees can become financially independent from domestic and international aid. They also contribute to and gain a stake in local economies, bridging the gap between refugee and host communities.

Therefore, implementing agreed on policies to integrate refugees into the host countries’ labor markets is imperative to lessening the dependency on cash assistance and donor support. Liberalizing the barriers refugees face in accessing jobs and business opportunities is crucial to see an increase in the self-reliance of both refugee populations as well as host communities who face their own socioeconomic challenges. These measures are crucial to accelerate economic recovery following COVID-19 global shutdowns. Acting Principal Deputy Assistant Secretary at the Bureau of Population, Refugees, and Migration argues, “It is important to think about refugees not just as a burden on societies, but to think of them as consumers and as contributors because they actually add to economic growth, they add to economic development.” Progress will follow when host countries and populations recognize refugees are not part of the problem, but rather the solution to a more prosperous future. 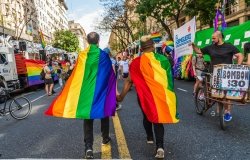 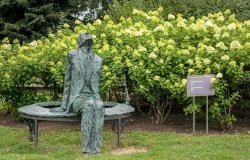