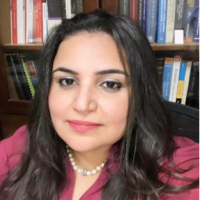 Women are still discriminated against concerning access to judicial jobs. Solutions to this discrimination include the strict application of the rule of law.

This year, to commemorate International Women’s Day on March 8th, President Abdel Fattah El Sisi directed the Minister of Justice to coordinate with the Supreme Judicial Council to allow women to join the public prosecution and the State Council. In response, the State Council announced that it welcomes having female judges. Some argue that Sisi’s direction of the judiciary disregards its independence, but this is beyond the scope of this paper. One cannot deny that the State Council's declaration is a positive step towards women's empowerment in the Egyptian judiciary, however a deeper look into the said declaration reveals that it does not represent much of an achievement.

First, the declaration allows women to access the State Council on an exceptional basis, in the same way as the ordinary courts system, as explained above. In other words, women cannot apply, like their male peers, for judiciary posts within the State Council by normal means. Only women from the Administrative Prosecution and the Egyptian State Lawsuits Authority are nominated for the said judicial positions. The Administrative Prosecution runs investigations in civil servants' affairs and issues disciplinary sanctions, while the State Lawsuits Authority represents the state in its lawsuits, either as a claimant or as a defendant. These two entities are not judicial institutions since they do not perform an actual judicial function.

Second, the requirements to transfer women to judicial positions at the State Council are rigorous and discriminatory to the extent that such transfers hardly ever happen. Assigned women must score higher in their exams than is required for men nominated for the same position.

Third, women must pass a personal interview before the competent committee in the State Council, which expands the nominating authorities’ huge discretionary power with no clear appointment criteria.

Accordingly, my conclusion remains unchanged despite Sisi’s March 8th announcement. Appointing women to the Egyptian judiciary by way of exception results in a minimal number of female judges compared to their male peers. For instance, the number of women judges in the ordinary courts system is around 66 among more than 16,000 overall, meaning that women make up only 0.5 percent of the total number of judges. Also, directing the judiciary to appoint women as judges on an exceptional basis does not mean that discrimination against women in the judiciary is resolved. Women are still discriminated against concerning access to judicial jobs. Solutions to this discrimination include the strict application of the rule of law. Overriding defective social norms on this issue will gradually transform cultural and social practices that often stand in the way of applying the rule of law. Indeed, Islamic history includes many women scholars writing commentaries on the Qur’an, interpreting Islamic laws, and issuing fatwas. Let these historical examples lead the way.