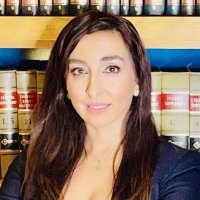 Our biggest obstacle is to address the legislative gaps that persist with disparities between the laws on the books and their implementation.

The formation of the White House Gender Policy Council by the Biden-Harris administration comes at a critical time to guide and coordinate government policy that impacts women and girls, spanning a wide range of issues such as economic inclusion and gender-based violence. The creation of this council presents an opportune time for the U.S. government to make a steadfast commitment to a zero-tolerance policy on violence and discrimination against women in order to elevate women’s legal status across the Middle East and North Africa region.

In Morocco, the quick pace of reforms and the emergence of new civil society actors have resulted in strong opportunities to strengthen and broaden women’s rights and the rule of law. King Mohammed VI himself has shown his determination to reassert and reinforce the rights of Moroccan women through a gradual approach of ‘constrained legalism’ and unleashing the transformative power of the law.

Although Morocco has made improvements in women’s rights, challenges remain. Women across the country are continuing to fight for equality, but the country ranks 143 out of 153 countries in the 2020 Global Gender Gap Report. The latest 2020 USAID Gender Analysis report denotes the urgent need for an integrated policy to prioritize gender-sensitive programming. Our biggest obstacle is to address the legislative gaps that persist with disparities between the laws on the books and their implementation.

In Morocco, as well as other parts of the MENA region, there is a paucity of data relevant to women’s issues and evidence of the efficacy of gender policies. Data can be improved through increased geographic coverage and polling in rural areas. These will enhance evidence-based policy interventions by the Moroccan government with U.S. support.

For Morocco to harness the transformative power of legal reforms, strengthening the formal justice system is key, and U.S support will be timely. However, without addressing the social and cultural barriers that keep women from seeking judicial remedies, even transformative legal reforms will not be sufficient to empower them.

Legal aid is one way in which the U.S. government can address the lack of legal information and literacy among women. Law schools, faculties, and students can be key partners in offering valuable civil legal assistance through clinical programmes. Legal services (such as legal aid clinics in the U.S.)  should be developed in conformity with the Moroccan government’s legal aid law. Targeted legal aid services are needed especially for rural women in their own tongue and on their own terms.

The government can also build on its existing efforts to improve the standing of women in society and encourage their participation by supporting implementation of public sector services targeted towards closing gender gaps. And finally, the U.S. should engage with both the formal and informal justice systems to ensure that justice programming promotes recognition of basic human rights standards, which are central to the Biden-Harris foreign policy agenda.